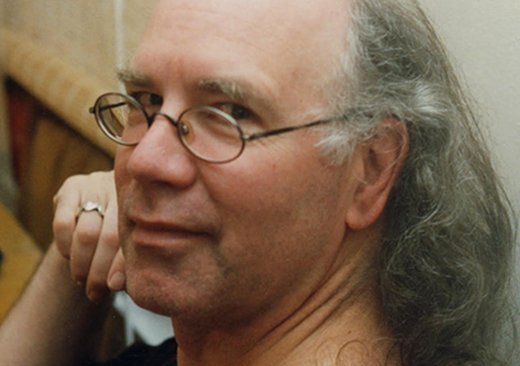 Who needs "manscaping" when there's the ponytail option? And the author took heart...
A

few decades ago, I decided to grow a ponytail. The genesis of my decision was relatively uncomplicated, and it was back in the kinder, gentler days before the word “manscaping” had made its way into the vernacular. Still, like all similar constructs of social identity, it wasn’t without its complications.

But I’d spent most of that money on a new set of tools. I knew that even with the beard, shirt, jeans, and so on, my tools were a dead giveaway that I was from New York City, not Sequim, or Tukwila, or Puyallup, or some other Washington state paradise.

But when I showed up on Puget Sound’s McNeil Island for my first day of work — we were building new cellblocks at the (since closed) federal prison — the job superintendent immediately demanded to know why I had new tools. My old ones were stolen, I told him.

In my new role as a computer programmer it didn’t seem especially wise to look old.

“Good answer,” he snapped back, “but I’m keeping my eye on you,” pointing two fingers at his eyes so I’d know he was serious. Which he was.

He gave me every shit detail he could find and then laid me off when I called in sick one day because I’d wrenched my back the night before, while moonlighting as a plumber. I couldn’t get out of bed.

That was when I decided to change careers.

As for the beard, it had started turning gray before my scalp hair, and in my new role as a computer programmer, it didn’t seem especially wise to look old. The “veteran” look would have compounded another problem: not looking young enough for the woman I was going out with at the time.

So, in keeping with the male laws that govern the conservation of hair (and with the idea that longer strands of hair would distract from my receding hairline), I got going with the ponytail.

Over the next few years, I began looking like the comedian George Carlin, but without in any way possessing his gift of comedic genius.

So when the young girlfriend proposed that I dress up as Captain Picard of “Star Trek” for Halloween, I took it as an excellent opportunity to simplify things by shaving my head altogether.

The thing is, no matter what you do, every sartorial and tonsorial decision you make puts you in a category, whether sexual or social. Every choice sends a signal, and don’t think you can avoid it by wearing no clothes at all because then you’re just telling the world you’re a naturist, or a nudist, or a Kardashian — or a jailbird, if you choose to go naked under the wrong circumstances.

Every sartorial and tonsorial decision you make puts you in a category, whether sexual or social.

No doubt, my female friends would be glad to point out that, as a man, I have it easy.

Recently, I read a “New Yorker” dispatch by Jenny Slate that included the following:

“Tonight I am going to the restaurant, where I will eat a killed and burned-up bird and drink liquefied old purple grapes, and … I am so excited at the thought of consuming the burned bird and the grape gunk at the restaurant that I put skin-colored paint all over my face and dab pasty red pigment on my lips. I also swish peachy granules onto my cheeks and use a pencil to draw a line around my eye, so that people know where my blinkers are.

“Next, I take a little brush and swirl black paint over each eyelash, and then I heat up a metal stick and wind my head hairs around it, so that my face is surrounded by spirals. I stuff each of my breasts into a cloth bag, and then secure the pair of boob bags against my torso with straps, I guess to prevent the boobs from floating up … into outer space.”

She entirely foregoes addressing the complicated selection of the “boob bags.” Cotton or nylon? Plain or lace? Straps or strapless? Underwires? Pushup? See-through or opaque? Is their purpose to look good under her clothing at the restaurant, or later, while taking them off?

And she doesn’t even hint at the myriad of decisions necessary before she ever gets to put on underwear. Trimmed, shaved, waxed? Topiaried, perhaps?

Some days I’m very grateful just to be an old guy of whom no one expects any advanced scaping of any kind.