ERs where missile were 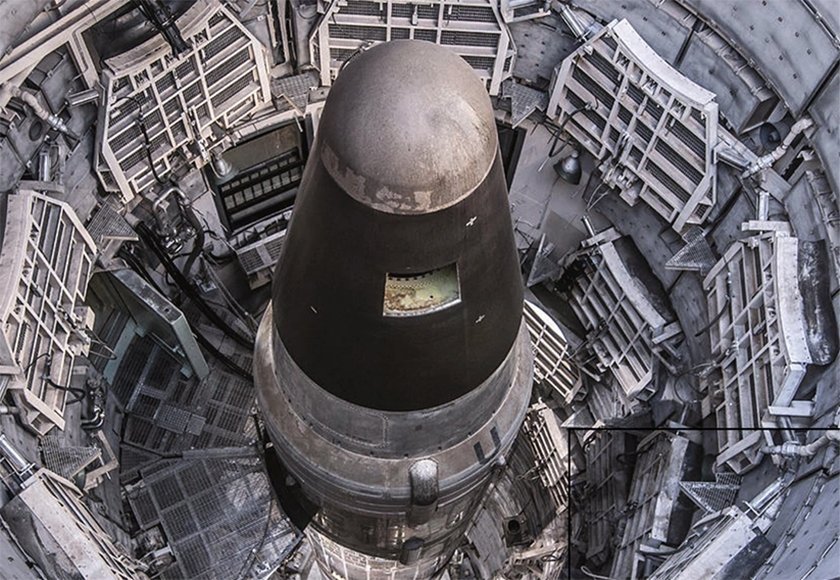 Maybe fewer of these and more emergency medical facilities, or is that too rash?
I

have done a lot of thinking lately. Usually I lack the free time. Now free time is all time. My mind is an empty theme park I feel it necessary to fill. But toys and rollercoasters and giant talking bunnies just don’t seem appropriate.

This week I’ve been thinking about the life of a missile. Along with the missile I’ve thought about torpedoes. Even shiny tanks.

It’s 2020, the time of the plague, so what, I wonder, is on the minds of these machines. Probably that they’ll spend a grim lifetime never being used, some of them sulking in their silos if anyone bothered to listen. Most will just sit in silos (maximum security social isolation) and tubes and garrisons not saying a word. A few might come out in a parade but weapons parades are out of style, and what’s the point of a parade if everyone’s locked in their closets?

Yet these are very expensive toys. They cost a lot more than rollercoasters or even theme park dragons, if you happen to prefer dragons to bunni

The global budget to create powerful weapons, compared to what is applied to medical research, is limitless.

The global budget to create missile and torpedoes and drones and very loud and destructive bombs is, compared to what is applied to medical research and the building of affordable homes, limitless. And yet most of this macho hardware will just sit there sulking until they’re retired and sent to missile farms or wherever it is elderly rockets go.

So I have a suggestion for government when it comes to spending money after its faddish global virus goes away, assuming there is any money left to spend, and that isn’t clear at all.

The French have an expression I was taught in Canada: savoir et prévoir,

roughly, knowing something means you an foresee what may lie ahead (and act). The Boy Scouts (are there still Boy Scouts?) had something similar, “Be prepared.”

Since so much weaponry goes unused, spend, then spend some more, on building hospitals to house and quarantine the sick in the event of some new health emergency. Not only the sick but the doctors who treat them, and nurses, on call as part of a medical United Nations. Build them in Utah, or Iowa, or in the Canadian hinterlands, the French backwoods, the Russian steppes, the Chinese desert, the Bolivian hinterlands. If you don’t want to fund the World Health Organization, make a deal with Denmark for a 100,000-bed ICU in Greenland. There is no shortage of space for plague-control facilities. (Will some be too sick to get there? Yes, of course. You can’t save the world.)

Build them as you’d build a city in parallel, so that when you next need to take care of tens of thousands under duress you don’t have to lose your mind that your local hospitals can’t possibly manage. Be prepared.

It doesn’t matter than these great hospitals are empty and seem ghoulishly lonely most of the time. Missiles also feel lonely, and torpedoes, and even plenty of drones that never fly a mission until they’re dispatched to the Old Drone Home.

Build these places so you no longer have to think about shutting down the world to heal the sick and keep those that aren’t sick away from those that might be. And don’t just let them sit there, use them for research and make sure they’re up to date and functional.

Oh, you’ll say, but that will cost so much money. And mostly for nothing because it might be years or even decades before we’re again humbled by a sinister illness.

True, but again, most of all the weapons will built are never used and simply die a natural death. Even nuclear warheads just sit there gathering dust and dreaming of the fire they could have been. They lead lazy lives and one hopes they always will. But they still get built. You bet they do.

I don’t believe in conspiracies and I’m no good at Chinese checkers, so you won’t find me speculating on how all this madness came to pass. Yet is has.

Don’t give it an encore. Back yourself up, the way you do your computer. Make sure there’s a place untouched by whatever it is that’s in town, and that everything isn’t brought to a standstill by the kind of zombie dread we’ll all indulging now, while spending time adding up the dead and learning cool new recipes, never mind watching otherwise unwatchable Netflix shows.

Apologize to the missiles (and guys, you might need to explain the truth to them) and find more constructive ways of spending your loose trillions.

A few of you will tell me that’s a downright socialist idea, spending so much tax money on something you may never need. If that’s how you feel, go visit a local missile silo or parked tank and tell them you think they’re useless. Let me know what they say