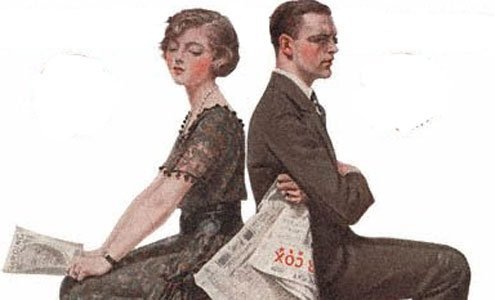 His body language and gestures suggested a man in a hurry, someone who could bolt suddenly.
W

hen I exchange emails with potential clients I always ask for a recent photo to see if there might be some physical attraction. I usually don’t get one — men worry about their privacy, which I understand. When I do, it often leaves me cold. I’ve grown skeptical about looks.

But L. was different. He replied politely and his photo showed a man broad shoulders, dark-grayish hair (a weakness of mine), a stubbly chin (another weakness), and a hard expression hidden behind shades. I saved his message, gave him my mobile number, and got on with my busy day.

Later, my phone started ringing. Since I was with a client I set it to vibration mode and pushed it deep into my purse, which started buzzing constantly. By the time I walked into my apartment I had 15 missed calls. And then the phone rang again. I was annoyed. Okay, I thought to myself, you win. This has to stop.

I was speechless, disarmed, and a little embarrassed. I fumbled in Italian: “Who is this?”

The man started babbling, soon switching from Italian to English to make it easier on me. Now I understood: my bilingual caller was the man in the photo. He said his name was L., told me he was 35, and insisted on meet me, which made me curious. Based on the photo, I liked his looks (a lot), but I also wanted to know why so much pressure.

When we did meet, over coffee, he seemed different from his photo. Not better or worse. Different. He was tall and elegant, with the same black-grey hair, but seemed older. His eyes remained shrouded by dark glasses.

“You look different from your photo,” he told me, as if he’d read my mind in reverse.

“In what way? Better or worse?” I was defensive.

“Not better, not worse,” he replied. “Just different.”

Though I’d felt the same about him, I didn’t like hearing it about me. His body language and gestures suggested a man in a hurry, someone who could bolt suddenly. But polite conversation came easily.

“So, why didn’t you answer my calls?”

I lied and I’m not sure why. I told him I’d forgotten my phone at home. Still, he pressed me reproachfully about the calls. I finally snapped, tangled up in part in my own lie. “Look, you called me a lot, and honestly it got annoying.”

He finally took off his glasses, revealing eyes that weren’t so special. I was almost relieved. It also turned out I wasn’t the only liar. He was older than 35, which I’d guessed from the start. It seemed like a pointless deception.

I left the “interview” feeling physically attracted but emotionally indifferent. I liked the fact that he pushed my hands away and lit my cigarettes – only his hands, only his lighter – a masculine and dominating gesture. Just before he left, after I’d agreed to meet him as a client, he smiled slyly and said, “Oh, and they are bigger than in the photos…” — he was staring at my breasts. Men. Fair enough.

But our first sexual encounter showed another side of L., calmer and more relaxed. Though he still wasn’t quite sure how to approach me, I liked the new version. We circled around each other for two hours, talking and listening to music (he won bonus points; I’m a musician). When our shoulders finally touched and we kissed, I felt his thirst. His motions tuned strong and greedy, his eyes begging for more. I gave him oral sex and his orgasm left him trembling for minutes after. I’d never seen anything like it, as if he’d drifted into some far-away dimension. He also reminded me of someone.

L. even managed to put some life into payment and my leaving. He posed as a band front man and raised my hand high: “So, friends, today you saw X and L. Thanks for listening. We’ll be back.” I chimed in: “We love you all!” We bowed to our imagined audience and I left.

On my way home, much to my surprise, my eyes started watering. I knew who L. reminded me of: the man who I’d loved unrequited as a teen, my “dream man.” Past and present mingled. I was sad, panicked, even in despair. But another voice jumped in. “Don’t even think about him,” it told me. “This is work. He doesn’t know who you really are. Forget it.”

And I did – until we met by chance in a Rome piazza. We started talking and he asked me my favorite colors. He broke the protective barrier I’d set up. A few days later he invited me over for a non-business coffee at his apartment. There, he gave me two dresses he’d picked out. They not only fit me but also fit my style and taste. I kissed him once in thanks. He then put on music and started kissing me harder. “I can’t watch it like this.” I told him. “You’re breaking my concentration.”

“Bye-bye, concentration,” he whispered, and lust took over. Suddenly, the customer was providing pleasure to the pleasure-giver. Something powerful was intervening. I found him hard to resist. He was now the one with the power.

After I left him, he sent me 35 text messages in an hour, including one that read: “Do all of your clients go so crazy over you?” I was both happy and scared. But the fear grew. We met to talk about it and I told him about how he reminded me of the man I loved in my teens. He said he understood.

But little things soon made me start thinking I might be a pawn in a larger game. Emotionally overwhelmed, I suspected his flattery was a lie, that he was hiding something. I berated myself for being duped, or duping myself. “Enjoy your clients but never feel for them,” I tried telling myself again. This would be the first of many tempestuous fights.

That night, he showed up drunk in front of my apartment at midnight. And it all spilled out.

“I have a girlfriend,” he told me. “We’ve been together for two-and-a-half years.”

So why cheat on her?

Do you love her?

“Yes, but in my own way.” Then he paused. “I wanted to cheat with you once, but I didn’t know that I’d like you so damn much! When you tell me you have other clients I go crazy. Go ahead, kill me.”

He had no right to be jealous, I told him.

“I know,” he said, “but I can’t do anything about it.” He then tumbled into my arms.

L. stayed with me that night. I put aside his girlfriend and my vulnerabilities. I pretended that he was mine and I was his. We finally had sex and I loved it. In the morning, I told him that would be our first and last night. He calmly disagreed and left.

Though it was our first and last night, it wasn’t our last meeting. We started seeing each other more regularly. We had breathtaking sex but he was as always in a hurry. We talked on Facebook and Skyped for hours when he was abroad. He’d sometimes call me and bring souvenirs from places he visited. We fought often and he called me a “monster,” but he seemed to delight in my monstrosity. That I was a monster made him addicted to me.

Our relationship was audacious, sarcastic and tender. I was madly jealous of his girlfriend; he was jealous of my clients. For a time we were just two jealous fools who couldn’t stop connecting. The musical side of me made him into my muse and he inspired a flood of songs.

All this would gradually diminish. It had to. Yes, L. remains part of my life, but not in the same way as before. We still meet, and when we do he still lights up my cigarette with his hand only. We’ve become friends. I credit him with helping to teach me that my present isn’t my past, and also for liberating me from illusions of the existence of a perfect man. I now know the power can work both ways, and that more often than not love is often not a choice.