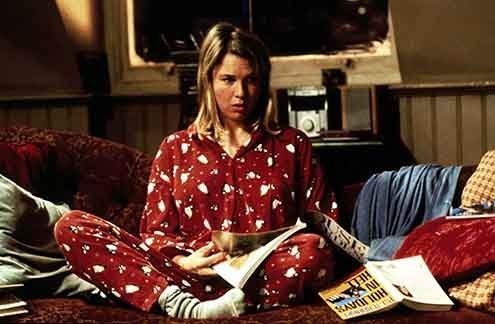 hat happens when you stay home on a Friday night to watch “Bridget Jones’s Diary” for the nth time? You get derailed.

You feel for Bridget. She smokes to distract herself from being sad about life. She drinks for the same reason. She has a few friends who try to boost her morale. Then of course she falls in love with the “wrong” man. Heartbreak follows until she finds the “right” man, after which they live happily ever afar.

But we all know that’s not how it happens. In fact, I’m breaking up with happy endings. I might as well watch Disney.

In real life, my Friday night plans came unglued when I met Maria at the local bar. Presumably we were there to discuss a business idea. “Let’s meet for a shake,” she’d said.

We sat outside at our regular table beside another table with two elderly gentleman and a third table with three talkative younger men. The waiter came up an offered us the special menu, pizza made with whole-wheat flour.

Maria immediately perked up. “In that case we need bubbles!” she said. Okay, I ordered Franciacorta. That was the first change of plans, since this was supposed to be just a shake and some business talk.

The waitress, a smiling Congolese woman, came back with some roast potato snacks to tide us over until the pizza. That was change of plans no. 2.

One of the young men nearby took one look at the snacks and piped up. “Mamma mia, they must be great!”

I don’t make friends easily. Had I been alone I would have smiled and looked the other way. Not Maria. She offered to share, which predictably opened the door to chitchat, ritual introductions, small talk, with the snacks switching back and forth between tables.

You remember that business idea we were supposed to be discussing? Change of plans no. 3.

Out chitchat companions turned out to be journalists and they tried their best to impress us. I suppose they succeeded, at least up to a point: I nearly stopped thinking about life for an hour.

What would Bridget have done in my place? She probably would have given them all her phone number, answered every last one of their messages and maybe even gone out on a date with one of them. But as you’ve probably gathered by now, I’m not Bridget. I did give them enough morsels to find my Facebook page, but when the messages started up I didn’t answer.

What’s the back-story here? I had an argument with Giorgio. He’s hard to read. His moods change. I never know what to expect. One day he’s present and accounted for, the next he’s aloof and distant. I’ve mentioned this to him a number of times but I get nowhere. He’ll explain it based on how his day is going but that’s just to pacify me. I’m not the only person on the planet who knows how to play emotional chess.

Daniel says not to worry, that all men are like that. I don’t believe it. Satisfy a man’s urges and those urges recede until they come back. That the way it is, I think, when physical intimacy isn’t tied into emotional needs. Hey Bridget, are you wising up or just getting cynical?

The next day he asked me to listen to a song, which I did. I’m not sure he even knew that the last stanza of the song had some beautiful thoughts on love. He knows I pay attention to lyrics. Maybe he missed it.

Then again, in the gospel according to Giorgio we’re alone. He lays it all out in Aristotelian terms: I am no one, and no one can possess someone, which logically means we’re all on our own.

Giorgio spelled all this out and I listened quietly because I didn’t feel like arguing. I did want to say: “Are you really so sure you’re as alone as you say? Can you exclude the opposite?” There are a lot of things I want to say but don’t.

And here I am on a Friday night waiting for the phone to ring.