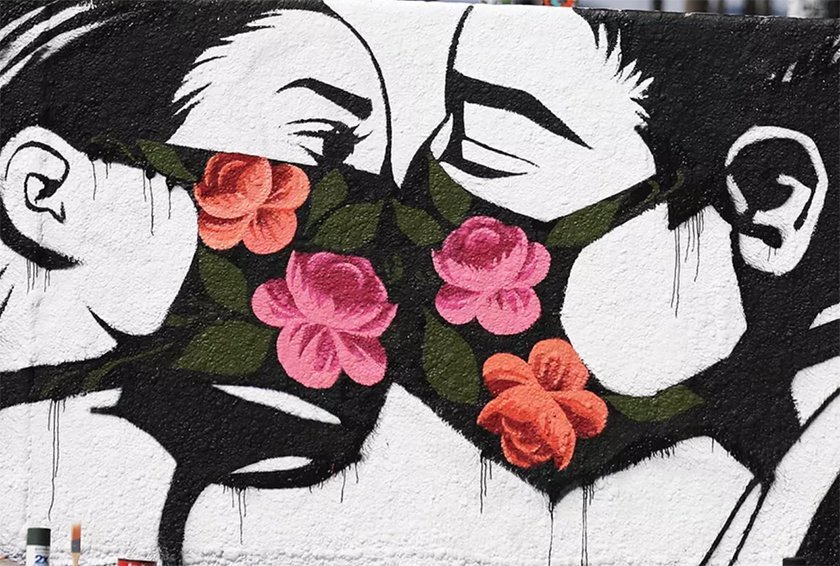 Romance when the end is nigh. Worth it? You decide...
W

hen I was a little girl we had a cassette recorder. I’m not sure if it actually recorded anything since it was a suspiciously bright, almost toy-like color. Nevertheless, I used to spend significant amounts of time in my room holding the microphone (too flimsy to be real) up to my mouth as I recorded improvised operas.

Some of you might think, “How precocious!” The truth is that growing up, my father often played opera music in the car and would tell me what the stories were about. I probably also saw the Mozart movie, “Amadeus,” too young. Anyway, in my pretend world, composing the opening of concertos was the easy part. The middle reflected whatever mood I happened to be in. But the part that always tripped me up was the ending. I’d inevitably sense whatever melody I’d come up with was the wrapping up part, which would set off alarm bells.

Should I end my masterpiece with a triumphant final note neatly cut off or should I let it drown away in a somber decrescendo? Torn apart by the choice, I could only hope my “audience,” which I always rigorously imagined as a group of classical music connoisseurs (whose ears, of course, were too finely tuned to miss out on any hesitation), wouldn’t pick up on my inner ambivalence.

Imagine the pitfalls we could avoid if we had a decent timeline and some honest marching orders.

I never did come to a decision about endings. If that recorder had actually captured my music, you’d have heard my indecision: a decrescendo followed by a definitive note, only to be followed by yet another petering out of further notes, quickly followed by something more assertive. My endings never did make up their minds. In fact, I often spent more time on endings than anything else. I could tell my mental audience sensed my vacillation, and reacted with disdain.

Why, you ask, am I wandering into the territory of endings?

Here are some hints: a paralyzing pandemic, an impending presidential election that’s being presented as the battle for the soul of the United States, California fires that have devastated parts of the state, a heat dome that led to some of the highest temperatures ever recorded on the planet, a freak double tornado, and, honestly, I could extend this list to fill out my column. Given my old struggle with endings, I wonder from time to time if the world may be warning up to its end-notes. Honestly, though, I’m less interested in whether all this is a run-up to the end than I am in why we might care.

And no, I’m not a member of a cynical youth cult. I’m not wearing a turtleneck and smoking a cigarette while gazing out my window with the requisite ennui, murmuring, “Let it end.” What intrigues me is humanity’s obsession with ending and how things end.

Is it God, who for whatever reason decided to unequivocally explain: “Yes, guys, what you’re seeing, well, this is how I end the world.” If God did so I suspect a fair number of humans would heave a sigh of relief they’ve been holding back for eons. Those rapturously involved in predicting all aspects of the end of days could just pack their bags and wait. Sci-fi would go bankrupt, which it may be already.

Think of the pitfalls we could avoid if we just had a decent timeline and some honest marching orders.

Pandemics and hell-fires are all well and good, but when’s the main event?

Worth would take on a new meaning. Starting a relationship would be iffy. And what would be the point of a marriage if you knew you had maybe a decade of good times, after which the clock would stop (or a bitter divorce kick in)?

Even out of an end-of-the-world framework, endings play a powerful role in choices. We’d probably turn down a job if we knew that after seven years of learning the trade and hard work we’d be fired. I can’t say this for sure, but I’m guessing a lot of people would look to how it ends, and not the thrill of the beginning. As in, “What’s the point?”

Our collective fascination with endings doesn’t necessarily depend on knowing the outcome. What matters is timing. You don’t even need to tell us how so long as you tell us when.

We don’t need the details, just an expiration date. It’s the information we crave.

Even in the case of relationship planning and work, it’s not so much knowing the marriage or the job won’t work out, but when, so we can plan for it (or around it). Pandemics and hell-fires are all well and good, but when’s the main event?

True, some are obsessed with not knowing, but that doesn’t mean endings don’t play a role in daily life.

We’re convinced, or so it seems to me, that endings carry inherently overpowering weight; they give you knowledge and influence. Some read a book’s ending first. They can’t resist.

Maybe all this anxious eagerness to know what lies ahead is no more than awareness of mortality. Since we can’t but help be aware we’re going to end we use the events around us as forecasts. We seek reassurance, if not solace, in endings that aren’t our own. Which, of course, then leads us back to thinking about the when (if not where and why) of our own.

Cut to the chase and a big truth looms large: that despite all the uplifting posters hanging in freshman dorm rooms and all the exhortations of ancient philosophers, we still find it oh-so-hard to live in the present.