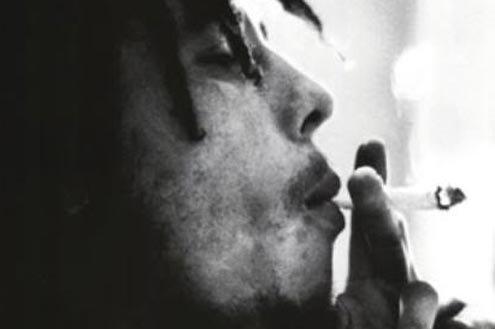 Bob Marley: Joined at the spliff.
A

huge glossy poster of Bob Marley happily smoking a fat spliff hung above the stairwell in the coffee shop my parents opened in our rural Michigan town. It was sent to us from The Netherlands soon after my mom announced our business venture to our Dutch extended family. In Holland, “coffeeshop” means something altogether different than a public place to sip coffee.

Since 1976, smoking pot in the Netherlands, though never legal, has been tolerated as a so-called “soft” drug. But the Dutch laissez faire attitude to marijuana is changing. Beginning in January 2012, new legislation will ban tourists from coffeeshops in three southern provinces (Limburg, North-Brabant and Zeeland). The law, which cites the “nuisance and criminality associated with coffeeshops,” will be extended through the rest of the country by 2013.

My first reaction was, what a shame! Though I’m not a frequent drug tourist, I’ve been known to travel for a congenial smoke. But more than any self-centered regret was a regret at seeing tolerance become less tolerant. Some of my first trips to coffeeshops gave me a new and heady awareness about the arbitrariness of national law.

To allow people to smoke freely — as opposed to the United States, where smoking can land you in jail or with massive fines — was to admit that marijuana wasn’t as sinister as some insisted. Fearless smoking made it obvious that alcohol, on the other hand, was more dangerous, addictive and harmful.

But then I thought about Amsterdam and considered what a Dutch family member had told me. “I think it’s pretty sad that a beautiful and historical city like Amsterdam is internationally only known for smoking pot and the Red Light District,” he said. “The city needs to be rebranded and this is a great step.”

An elegant Dutch idyll lingers in Amsterdam’s narrow streets and bridged canals, in autumn mottled with large yellow leaves. Many of the city’s coffeeshops are located among the tall and thin brick buildings of the Red Light District. At night this area dresses up gaudily (or undresses) in a rainbow of neon. Large groups of male tourists, couples and families, fill its streets, some out of curiosity and some with more piquant motives.

True, the mobs of tourists that cluster around the Coliseum can sometimes frustrate me, especially when I need to get to the metro, but I certainly wouldn’t trade these grey-haired and family types for the sex-and-drug variety that have given Amsterdam, and especially the Red Light District, its rowdy reputation.

Though pot smokers are generally a quiet bunch, lots of noise surrounds the drug culture, even the soft kind.

When my partner was in Amsterdam a few years ago, he mingled with a group gathered outside a coffeeshop. Guarding the entrance was an enormous man with arms crossed over an enormous chest. Apparently the rapper Snoop Dogg had kicked everyone out to smoke some weed in peace. When it was time for him to leave, the wardrobe-sized man set up a bike, which the rapper raced out and jumped on to, pedaling off followed by his cycling entourage. The crowd chased after them chanting Snoop Dogg’s name until the bikes faded away.

Outside of Amsterdam, most drug tourism takes place along Dutch borders, where the ban will go into effect first. Many people cross over from Belgium and Germany to smoke legally, sometimes bringing back grams for home use. Residents of Maastricht, a town that stretches south between both Germany and Belgium, have complained for years about the influx hard drug pushers, who target coffeeshop visitors.

Here’s my relative again, “We cannot simply not have a completely different policy regarding hash than our neighboring countries. The result is a lot of drug runners and tourists who don’t come to visit the city, but only to smoke. I’m very much in favor of keeping hash legal but I think we should put a lot more effort in the alcohol problem, which is much, much bigger.”

I have started to see Holland’s soft drug tolerance as an experiment that failed. In 1976, Europe was a continent of border checks. But the European Union and cheap Ryanair or Easy Jet flights has made crossings fast and easy.

Maybe Holland just didn’t expect that 35 years later it would be the country with the world’s most open marijuana policy. With the new laws, it’s unlikely to hold that distinction much longer.