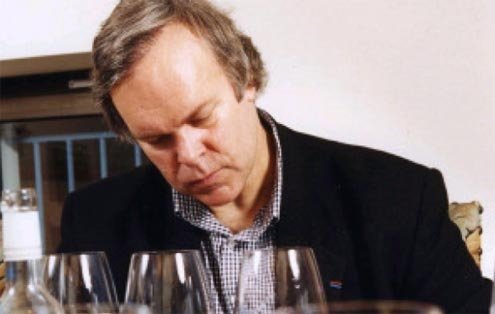 Points-system creator Robert Parker, Jr. exits — but not his system.
B

ig news in the world of wine: Robert M. Parker, Jr. has sold his influential newsletter, “The Wine Advocate,” to a group of investors in Singapore for $15 million and stepped down as editor-in-chief. And Parker’s Italian editor Antonio Galloni has left to start his own web site.

At first glance, this sounds like the fall of the Berlin Wall in the wine world. The man once dubbed “The Emperor of Wine” by American biographer Elin McCoy will no longer be assigning point scores that make or break winemakers and drive wine prices around the world.

In truth, however, the “Parkerization” point-driven system is so deeply imbedded in wine culture that it’s likely to continue without him, even if others supply the ratings. Why? Mostly consumers have grown used to the numbers game.

Let’s take a step back.

In the early 1980s, Parker, a lawyer in rural Maryland, devised the 100-point scale to make understanding wine quality simpler to a domestic audience. “Every American,” he said, “knows what 100 means on a spelling test.” Assigning a score to a wine synthesized the complicated information about French grape varieties, geography and classification (cru, grand cru, premier grand cru, and so on) that tended to confuse American wine drinkers.

Since Parker had a personal preference for big, structured, rich wines, especially those from Bordeaux, these wines tended to receive the highest scores. Beginning with the 1982 vintage and for decades to follow, “Parker points” transformed the wine industry. The prices of his top-rated wines jumped. The effect was so pronounced that in 1999 France awarded Parker the coveted Legion d’honneur.

Over time, Parker’s scale and taste preferences came to exercise a deep influence on the wine market not just in France but also worldwide. The rating system became so popular among consumers that other wine writers and wine guides adopted it. Winemakers scrambled to do whatever necessary to earn Parker Points, making “bigger and fruitier” wines with more alcohol and lower levels of tannins (the astringency that comes from the skin of red grapes).

Aside from the obvious problem that not every wine drinker shares Parker’s preferences, the point scale encouraged winemakers to limit distinct local characteristics of their wine to meet median international tastes.

In Barolo in Piemonte, for example, some “modern” winemakers began aging their nebbiolo wine in small French barrels, barriques, to soften the tannins and make the wine drinkable sooner.

Traditionalists resisted, Giuseppe Rinaldi among them. They sold their wines for less but stood by the unique characteristics of their grapes and their area. “Barolo is supposed to be tannic,” Rinaldi once told me. Ci vogliono tannini. In his office was a small chair made from small barrel staves with a sign on it that reads, “Best use for a barrique.”

Another problem with scores is how they fail to account for context. For example, when someone asks me, “What’s your favorite Italian wine?” my reply is, “It depends…” On where I am. On the weather. On what I’m eating. If it’s a hot summer evening by the sea and I’m having a light salad with squid and potatoes, then give me a dry Vermentino or a Prosecco. If it’s November and I’m working on a Florentine steak with roasted potatoes, I’d like a Brunello di Montalcino that’s spent some time in the cellar.

Finally, Parker scores give no information about how grapes are grown or the way wine is produced. The Italian wine market is increasingly breaking into camps. There are large producers wedded to conventional farming methods and industrial wine making processes and smaller family producers many of whom grow grapes with organic or biodynamic methods, manipulating and intervening as little as possible.

The large producers have a marketing staff to attend events, send wines out for tasting, advertise, and use web media. The smaller producers are generally focused on growing grapes and making wine with little time and money allocated to marketing.

The good news is that small producers are nonetheless being “discovered” and finding a niche markets for their “authentic” wines — with or without high point scores. For wine drinkers willing to set aside points and judge for themselves, there are amazing wines to be found.

These wines are a portal into Italian geography, food and culture because the wine, after all, is made to go with food, particularly the food indigenous to its terrain. To me, opening wines made by smaller producers yields a “story in a bottle,” about where the grapes were grown, the local rain, sun and wind, and the people who picked the grapes and made the wine.

It takes time to listen to that story, the kind of time the points system largely dispenses with. But that’s what makes the wine interesting to me. Each story is different and there’s always more to hear.