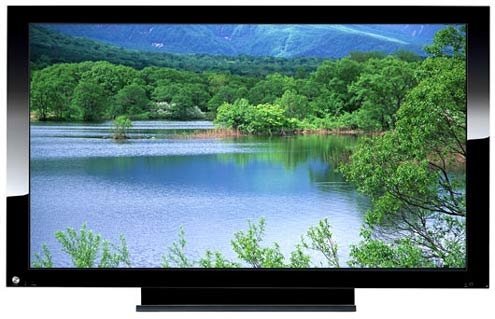 f you’re like me, you’ve stopped shopping for fun. You’ve put off travel plans. You are hunkered down avoiding pink slips and waiting until the bleak economic landscape improves. It’s time to stay at home with all the stuff we bought when times were good.

My fellow Americans and I have spent the last five years on a cool-stuff spending spree. We collected Apple MacBooks and Global Positioning Devices, IPhones and MP3 players. We decorated our walls with flat screen televisions. Who wants art on the walls? If we didn’t have the latest, we upgraded. We had the money and we were burning through it. Everyone had a happy credit card, real estate was making thousands by the hour, and the next job review would surely bring a big promotion.

That was then. Now the cool things we own surround us but they don’t seem to satisfy.

I think I know why.

A girlfriend and I were talking last week. She’d just broken up with her boyfriend and was living alone again. She wanted to “re-engage” with her own life. So what would she do? I asked.

She looked at me blankly.

“Have you used the new Nikon you bought last year? You could pursue your interest in photography.”

“Nah, I haven’t. Everybody these days has a digital camera. Anybody can take pictures.”

“That’s like saying pencils are everywhere so why become a writer?” I replied.

She paused. I’d grabbed her attention.

“Having a camera doesn’t make a photographer any more than a laptop running Word makes a writer.” I said. “Having cool stuff isn’t the point. What you do with your stuff is.”

What? It’s not about the stuff?

I have friends who splurged on electric guitars and keyboards that never make music. Some have new kitchens complete with Viking stoves and All-Clad cookware and never boil an egg. I know would-be authors that buy into the Oprah Book Club and show off texts on how to write. But they never open the books or put their thoughts to the page. Showing off our affluence and “with-it”-ness seemed to be the goal.

We somehow believed we were embodied in the stainless steel appliances and Gibson guitars and bestseller books. It identified us. And buying “self” is much easier than working toward self-expression.

I’ve been writing this column for a year. At first I was excited. Wow, my own column! How great is that? It wasn’t long before the blank page was a torment. I would ride the subway into work thinking, “What will I write this time? I have to think of something to say. I have to Say Something. What on earth hasn’t been put in a blog or posted somewhere else on the web?”

It was daunting. It still is. I’m feeling it now.

But this is what making a life is: a thrilling, daunting process. So is the art of becoming a photographer or a musician or a chef in your own home. It can’t be bought on sale at Bloomingdales and worn to fabulous parties. It isn’t point-and-shoot. Life doesn’t thrill to imposters.

It takes awhile to reach down inside and pull out something of ourselves to struggle and delight in. It’s not a quick buzz. It’s slow and plodding in a world that loves fast.

Which is a perfect thing to do while you’re hunkered down waiting for things to get better. By all accounts, we might be here awhile.