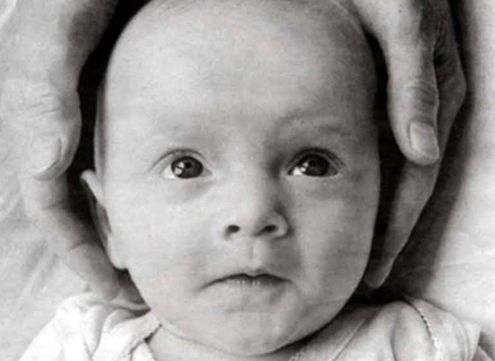 I reveled in the fact that my son chose me over all others — over his father, his nonna… even his American grandmother.
W

hen I learned I was pregnant I never worried about the health of my baby. Something inside me said that he was perfectly fine.

But, strangely, I did worry about his personality. I knew I would love him regardless, but, would I like him?

And would he like me? Would we get along?

As fate would have it my son came in to this world early and scrawny, without a hearty cry. There was just a brief and barely audible yelp. My head swirled with dizziness and my stomach swelled with sickness as I knew this was not the way healthy babies made their grand entrance.

When they whisked him away, I remember thinking… “Do I love him?” I couldn’t fully answer the question just yet. But I knew that my maternal instincts had kicked in — even though I couldn’t protect him or provide him with anything his lacking lungs needed.

Looking back, I did love him as much as a new mother on morphine can muster up. But not the way I do now. Now I know him. And when people stop me on the street, it is not because he is the most beautiful child, but he is — in their words — “troppo simpatico.” My child has a stellar personality and I am happy to report that I not only love him, I do like him. Seriously, I would hang out with him even if he weren’t mine.

I had only one concern left. Did he like me?

After three months, I realized that all the protecting, the feeding, the coddling, cooing, hugging and kissing were starting to pay off. I saw it in his eyes. I heard it in his gurgles and I thanked the heavens. And I said, “You like me! You really like me!” Then I popped in my digitally re-mastered Norma Rae DVD and watched Sally Fields struggle with the man for two hours.

At five months I realized that little Oedipus (not his real name) might like me too much and he was becoming really bossy. He would squawk at me and bark at me as if to say, “Hey lady get over here and feed me.” Or worse, “Did someone tell you that you could sleep?” I started to wonder if Oedipus liked me for me or for my breast milk. I felt like our relationship was headed in a bad direction. And much like Sally Fields controlling relationship with her Iranian husband (played by the incomparable Alfred Molina) in “Not Without my Daughter,” I did not want to be in an abusive relationship — at least not with my son.

At six months, me and Oedi established a much needed routine and he started eating solid foods. Thanks to rice cereal and pears, we were back on track and our relationship blossomed. We played and laughed and sang together. Our rendition of Itsy Bitsy Spider brought down the palazzo! We had this symbiotic adoration for one another and it was blissful.

At seven months Oedipus discovered his “pisolino,” but still his Mamma was the best thing since sliced bread. I reveled in the fact that my son chose me over all others — over his father, his nonna… even his American grandmother. There could be no bond more special. I had a mammone and I was over the moon.

At eight months Oedipus stopped eating solid food and sleeping in his own bed. He preferred to suckle at his mother’s breast and sleep in between his loving parents. He was obsessed with me. For the first time I felt like I had a stalker (similar Julia Roberts in “Sleeping with the Enemy” — who worked with Sally Fields in “Steel Magnolias”)! Everywhere I went… he came with me. Everything I did, I felt little eyes watching me. I became like an all you can eat buffet in Vegas — I never closed service and I never slept. This went on for a couple of weeks. I was exhausted and depleted. After yet another all night breast-a-thon, I looked in to Oedi’s eyes and pleaded, “I’m so glad you love me… but could you love me less?” I continued, “On a scale of one to ten, you’re at a 10 and I’m going to need you at an eight point five.” Oedipus cocked back his head, laughed and then latched on for another snack.

Today he is nine months old and now sleeping on his own and chomping on food a couple of times a day. His obsession phase — otherwise known as good old-fashioned separation anxiety — has diminished somewhat and we are now getting along famously. On a scale of one to ten, I think he loves me nine. And I love him 11-and-half.