“Efficiency” at the end of the line 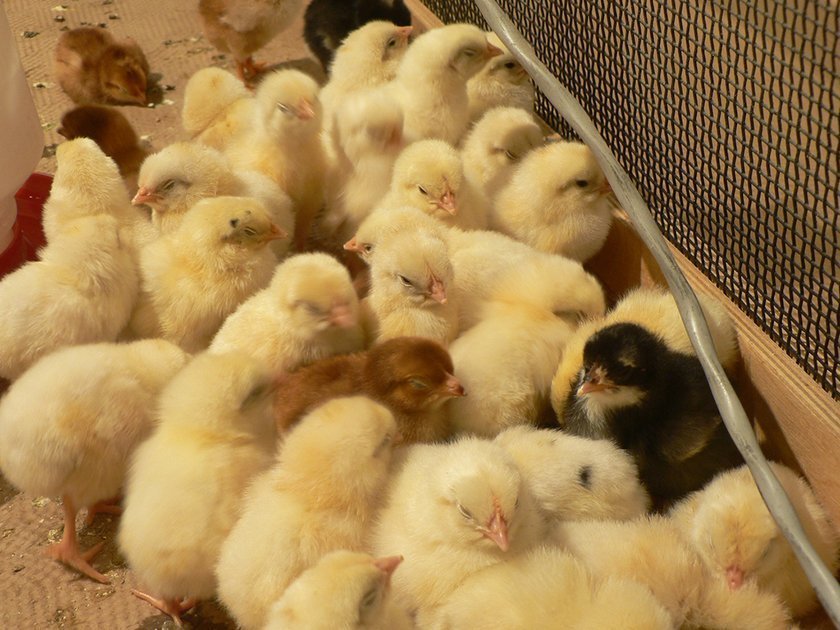 For chicks, the beginning of the end of the line.
S

ometime in the mid 1980s I was working for an acoustical ceiling subcontractor in the World Trade Center.

We were part of a crew doing some plumbing work in an area with asbestos fireproofing on the building steel. My job was to open up the ceiling so the plumbers could get to the pipes.

At that stage, the owners of the Trade Center towers had been forced to get serious about mitigating exposure to the toxic substance, so there were strict rules about any work to be done in areas where the fireproofing was likely to be disturbed.

First of all, the area had to be sealed off with heavy plastic sheeting, and HEPA-filtered exhaust fans set up to maintain negative air pressure within the containment. No particles could blow around.

Then a decontamination corridor with showers had to be set up, so that no asbestos could be carried or tracked out into the other areas of the building. The elevators had to be reprogrammed not to stop on the floor where the work was taking place.

Each worker was required to wear a hazmat suit, and be fitted with a helmet, mask, and respirator.

What saved me from this assignment (and deprived me of the overtime pay I would have received) was my beard. The safety coordinator could not get the respirator to make a tight seal on my face because of the whiskers. I was disqualified for that job.

Workers had discarded the respirators and suits and were going in and out of the tunnel without decontaminating.

But I heard later from guys who had worked that night. The elevators were never stopped. Workers had discarded the respirators and suits and were going in and out of the tunnel without decontaminating. Material they were tracking out into the uncontaminated areas was being cleaned up with ordinary vacuum cleaners that did nothing but broadcast the fibers over the entire floor. The safety coordinator had disappeared, and the foremen were standing in the middle of this chaos with the hazmat suits pulled down off their torsos and the respirators hanging off their necks, drinking beers and smoking.

Years later, I was telling this story to a doctor of environmental medicine, the husband of a childhood friend. We were sitting at a picnic table in the rhododendron-filled yard of his nice Mercer Island home in Washington state.

He permitted a smirk to pass over his face as I described the scene at the Trade Center.

“Well, doc,” I said. “That’s easy to say, from here. But the reality is that if you are up on a ladder with a Stillson wrench trying to loosen a fitting, but you can’t see because the mask keeps fogging up, and you can’t generate any torque on the wrench because the hazmat suit constricts your motion, and it’s hot as hell because the air conditioning is off, and you can’t catch your breath because of the respirator, and the larger wrench you need is outside the containment, and the foreman is standing there asking what is taking so long, then you end up weighing three things. One is your job. Two is your family depending on your paycheck. Three is the possibility you might get sick some time in the distant future. What do you think you do?”

“Complain to the union?” he offered.

“No,” I said. “You do that, and you not only lose your job, but the union decides you are a complainer and a guy who does not know how to get the job done. You end up on non-union jobs where they fire you for taking the time to tie a bandana around your face. Where the dust is so thick you can’t see the other side of the room.”

I had worked jobs like that. The good doctor was okay. He was never going to be in that kind of situation. He just made up rules that no one was going to follow.

You don’t expect people actually to follow rules about sanitary practices, do you? Markets don’t like rules.

I was reading a story by Zadie Smith, in which she described a chicken factory assembly line. Newly hatched chicks arrive in a flood on a conveyor belt, and the workers pick them up, one by one, turn them over to sex them, and toss the male chicks into a hopper which leads to a chute which drops them into an industrial blender.

I think about the world of those male chicks. Looking around at the big and confusing universe with their baby chick eyes. Suddenly, they’re airborne! Instinctively, they flap their little wing-stubs. Bzzt. Yellow fuzz, eyes, brain, guts, tiny little claws, blood, bacteria, viruses, and so on converted in an instant into a few centiliters of a protein slurry. Feedstock for chicken feed. The ultimate apotheosis to the strongest of all life drives: a revenue stream.

Then, somewhere in the global food-manufacturing process, some viruses cross over into the human population. You don’t expect people actually to follow rules about sanitary practices, do you? Markets don’t like rules.

As you are lying on a gurney in a hospital corridor, drowning in your own pus, and the nurses are trying to protect themselves from you with garbage bag gowns and bandana face masks, and there are no ventilators, you may find yourself asking the seditious question: this is efficient?

At least for the chicks it is over pretty damn quick.