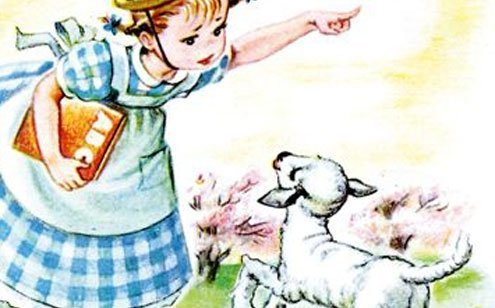 Take Mary's advice and leave while you still can.
W

hen I first arrived Italy in search of a home, I had only barely survived the rigors of an early morning flight with three young children. It was February and most of the lovely Conero coastline south of Ancona was closed and the beaches deserted. Is there anyplace more desolate than a beach resort out of season?

We finally managed to find one open restaurant. I fed our baby while my husband entertained our young boys along the sunny but empty coast. I was so tired and forlorn that my limited Italian got me no further than ordering a plate of plain spaghetti — while everybody around me was tucking into some pretty delicious looking seafood. I had no concept of the joys of primi and secondi. Instead, I felt very small, foreign and foolish. I’d dragged my small family far away from home just to take advantage £1 flights (bargain airlines still offered those kinds of give-away promotions).

But then I experienced something of an epiphany. Even though the spaghetti was plain, it was very tasty. So was the salad. The coffee was small but perfectly formed. Unlike the bucket of coffee I’d had at the airport in England, it actually tasted like coffee.

We spent the next six weeks driving round the countryside looking at houses. My husband was eager to see everything he possible could. Truthfully, I was interested only in lunch. That may have been because I was breastfeeding, but no matter. I was constantly hungry. Everything I was served seemed to me sensationally full of flavor. Looking back, two details impressed me. First, the Italians used fewer ingredients. Second, dishes were eaten individually rather than cramming all kinds of food onto one plate. Less is very much more, particularly when it comes to meat.

Blame Italy all you want for foisting mortadella into the smorgasbord of life, but it deserves a word of thanks for salami, prosciutto, lonza and bresaola — to name but a few. We ended up settling in Le Marche, where cooking fresh meat on the open hearth is a delicacy. Is it any wonder the people of the Marches eat more meat than any other region of Italy when they can feast on porchetta — pig cooked slowly in a wood oven — or deliciously succulent lamb chops that literally melt in the mouth?

Only after we’d been on our farm for a while did I discover the secret of this wonderful lamb. If you’re vegetarian, stop here. I’m not, obviously, and I’m also curious about food.

Our neighbor, we discovered, is a Sardinian shepherd who made really good Pecorino cheese. He’s a nice and gentle person. But he spends the week before Easter slaughtering lambs. Not the big chunky version we have in the UK, but the cute little ones that feature on greetings cards. The reason is that they’re boys, and there’s no place for boys in a herd of sheep kept for milk. In other parts of the farming world, superfluous males are castrated with the help of two rubber bands that eventually make their balls fall off (makes you wince, doesn’t it?), and then fattened up for slaughter. No rubber bands in Le Marche. Instead, the little lambs slaughtered and eaten before they mature, which is why they taste so good.

Good enough that the children, despite being introduced to a succession of cuddly creatures, don’t think twice about how the lamb made it to the plate. It also explains the small size — you can buy turkey legs larger than a leg of lamb. But all good things should be enjoyed in moderation, even poor little delicious lambs.

If you like greeting cards or if you’re Mary and happen to have a little lamb, coming here is unwise, certainly just before Easter. Otherwise, meet meat heaven.