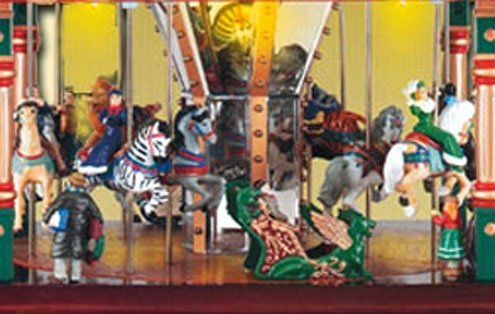 wet Sunday afternoon in a cliff-top town that squats dramatically below a roof of brooding clouds. The smell of roast boar and chestnuts wafts between lashings of rain and wood smoke as you scale the grueling cliff face to penetrate past the stone walls of Orvieto. Okay I lied, you take an elevator from the car park but doesn’t the first way sound more romantic?

Ancient Orvieto’s outstanding feature is its gobsmacking impact on the landscape that borders Umbria and Lazio: The city literally rises from cliffs that completely incongruous with the surrounding fields and farms. Shrouded in autumn mist and a rather menacing-hanging firmament, seeing it from the walls took my breath away. It seemed like Mervyn Peake’s perfect Gormenghast — that is, if I ignored said multi-storey car park immediately below (which myopic city planner let that one through?).

Orvieto is the perfect weekend day-trip from Rome, not much more than an hour by train or car. Once there, your fleeting itinerary should involve some sights and some tastes. On the taste front, I recommend lots of the local wine, especially the crisp, dry white Orvieto DOC that’s spot-on for summer barbecues, along with a large serving of the town’s earthy cuisine.

The sights require a decent glance at the Gothic cathedral and a tour of the towns subterranean tunnels, starting with the tourist shops. Ceramics abound and if you get out without having purchased an olive-patterned oil decanter or a garish fruit bowl the size of a cartwheel you’ve done well. Also plentiful, and vaguely overpriced, are shops that sell artisan woodwork, leather, children’s Pinocchio toys and Umbrian deli foods.

But the real treasure — and a uniquely unexpected one — is Il Mago Di Oz, which is a cross between a toyshop and a curio boutique, a little shop of wonders that knows no limits. Inside, for example, is a full-sized, woman-shaped latex lampshade, a two-meter-tall statue of Betty Boop, and handmade circus toys and decorative objects more suited to an museum of eccentricities than a retail store.

Onto the more serious concern of food, the specialty at this cold time of year is boar (cinghiale) — great steaming chunks of it, stewed in rich tomato sauce and served in enormous piles on golden homemade polenta (try L’Oste del Re at Corso Cavour, 58, tel. +39.0763.343.846 — you’ll be packed in like sardines but the food’s well worth it). Other stewed and roasted beasts in the form of rabbit, suckling pig, pigeon and game hen pop up on most menus along with homemade umbrichelli, often in tartufati — butter and truffle — sauce with fresh truffle grated on top and spicy pappardelle pasta arrabiata. Pumpkin and sage-butter gnocchi is another autumn treat, along with more boar in the form of spicy sausages, roasted slices and cold cuts.

When you’re ready to walk it all off, you can choose whether to head below or above ground. Those clever Etruscans managed to burrow a network of caves beneath the town into the bowels of its crumbly stone perch and — claustrophobics excepted — most people find this series of tunnels, hiding-places and wells an incredibly novel experience.

I for one liked the idea that the good people of Orvieto were essentially walking over my head several meters above me as I took the tour. Back into the daylight and you can’t miss that stunning 13th-century cathedral.

To start with, it seems at least a hundred times bigger than its surroundings and includes a rather striking zebra-striped and gold exterior. The interior — if you wish to part with the princely sum of €7 just to enter — put me more in mind of a Tim Burton film than a religious monument.

Its columns stand in black-and-white stripes like something out of “Beetlejuice,” while the themes of death, hell, damnation, the antichrist and the end of the world are explored in exquisite, if worrying, detail in Signorelli’s chapel frescoes.

If you were to choose one of Umbria’s many charming towns as a base to explore the region, Orvieto (part of the Terni province) would be a rewarding decision. It’s the right size to offer a choice of exquisite restaurants and warm, atmospheric bars at night and, on a cold afternoon, sufficient cultural tidbits to keep you out of the rain. It’s less than 30 kilometers from Bagnoregio — an equally picturesque but smaller cliff-top town just inside of Lazio — and just a simple drive or train ride from the center of Rome.

About the Author: Laura Rainbow

Laura Rainbow is an English journalist working as a teacher in Rome. She graduated with a degree in archaeology and ancient history from a British university but somehow ended up writing travel features for various publications in Europe and Oz.