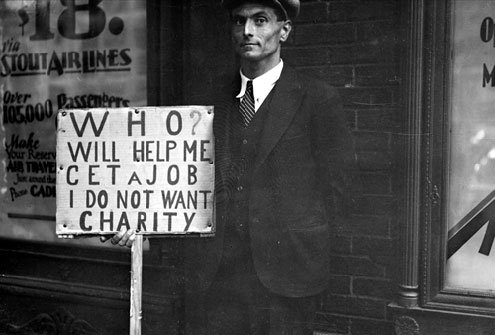 he end of the month has a strange way of sneaking up on you, especially when you’re a monthly columnist. It often begins with an email from your editor: “It’s that time of the month again…” The calendar agrees that the date is the 25th. You ask yourself, “Where did the last 25 days go?”

I’ve been busier than ever lately, so those 25 days are well-accounted for in my book. They include things like building furniture, planning lessons, studying ELT (English Language Teaching) methodologies, parsing contracts and framing posters. You see, I’ve gone into business for myself. I’m the boss, and it’s quite a lot of work.

Last year around this time I wrote a column about my experience as a CELTA trainee. At that time I was optimistic that my squeaky new certification would translate into oodles of work as an English teacher. By January I had taken on a promising teaching load of around 20 hours a week and things looked good. I thought I’d it made.

But after a couple of months 20 hours became 15, and then 12. As courses ended and students dropped off (good intentions at the New Year are abandoned by April) I found myself working just enough to make the proverbial ends meet. Then summer hit, and Italy takes a long vacation. See you in September.

Working as an itinerant teacher — especially one who lives rather far from the existing schools — means a lot of driving. Often it means more time in the car than in the classroom. With gas prices sky-high, I was back to making minimum wage. What had I gotten myself into?

At some point I began to ruminate over the idea of starting a little school of my own. How hard could it be? All I’d need was a place to meet, a table and some chairs and a whiteboard. It seemed a simple solution to my problem.

Simple it’s not, as Dr. Seuss once wrote. As I began to develop my ideas I began to see a pattern: everything I identified as an essential step gave rise to 10 other essential steps. Suddenly I had a complex spidergram of to-do lists. Everything depended on something else. Maybe it was easier to find another line of work, I thought.

It took two months to find a space suitable for a school. Then we had to put new fixtures in the bathroom, have the place cleaned from top to bottom, get insurance, water, electricity, gas, furniture, telephones and everything else you need before you can open the door to the public.

My whole perspective has changed as a result. Now, every time I walk into a store or a restaurant, I make a mental tally of their startup expenses. I wonder, Does everyone have to go through this?

It’s like any other rite of passage, in the end. For instance, when we were planning our wedding it seemed we were in over our heads. There was just too much to do. (“Why does anyone bother getting married, anyway?”) Then we had a child. (Ditto.) Now we have a business. With past experience as a guide, I’m confident we’ll begin to get our bearings. These are just birth pangs.

The first question my more experienced friends asked me was, “Have you made a business plan?” “What’s that, exactly?” was my answer. I’d never had to think about such a thing in my life. Now here I was, a businessman!

Question number two was, “Isn’t it a risky thing to do right now? I mean, we’re in an economic crisis!” (Funny, I hadn’t noticed.)

That’s a biggie, the economic crisis. It’s everywhere you look. You’d have to live in a hole beneath a rock on a mountain in a desert on the moon not to know we’re in an economic crisis.

But, as my bubbeh used to say, “What’s that got to do with the price of cheese?” Meaning, just because we’re in a crisis doesn’t mean you can bury your head in the sand. Even in wartime, the economy persists somehow. It has to.

To be honest, I prefer not to think about it and carry on. What would be the point of not trying to better your situation, regardless of the larger situation? That kind of reasoning has never appealed to me.

The school is nearly ready for opening day. We’re in the midst of a marketing campaign, we’re getting a website patched together and, yes, we’re on Facebook. We have almost everything we need, in fact, but the students.

Now comes the fun part: the teaching. That’s what it’s all about, right?