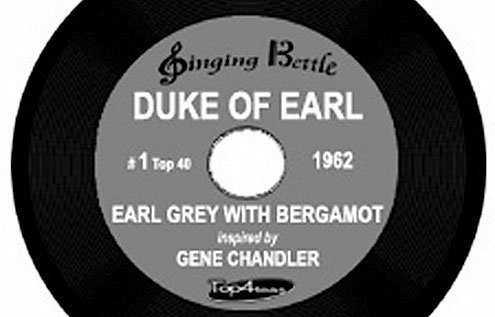 hen George was caught eating the Earl of Worms we all got in trouble.

Petie found the worm in the big apple tree in the back yard.

Or he thought it was a worm. It had two heads and wiggled.

“Look,” said Petie, “it has two heads and wiggles.”

This is how I learned things in the pre-Internet age: heralds, announcers, and bringers of truth.

How, I demanded to know of Petie, could he know it was a worm and not, say, a mite, or maggot.

These were two words I had found in the book of big words my father kept on the table near the couch. When I couldn’t understand what he said he’d always point to it: “Go look it up in the Fractionary.”

This was, it turned out, a dictionary, but Fractionary was how I explained it to Petie for a year.

“If it’s a worm,” I said, “there should be a thing of it in the Fractionary!”

A thing of it was a kind of illustration done by men who worked for Fractionaries and had only pencils at their disposals.

When I asked my father who wrote the Fractionary he answered “scribes,” which sounded a bit like slimes.

Who wrote the first one?

What was a monk?

Whereupon Petie and I came up with the notion that Fractionaries were written by holy slimes with pencils and religion on their side. We never sought to export this novel notion, briefly making the world a poorer place for growing intellect.

But back to the worm.

Petie said the worm, which by now was on his thumb and pulling the rest of itself toward his knuckle, had appeared for a reason.

“The worm wants to be in George’s sandwich,” said Petie.

How do you know? I asked him.

Shut up, he answered. “Go look it up in your Fractionary.”

He then called me a slime, which was inappropriate since I had loaned him the word hoping to get it back later.

But Petie was shrewd. He tried a new approach.

“What if we, like, secretly give it to George!”

Why we would we want to do that?

Because, said Petie, worms came from tuna fish. We’d therefore be returning it.

“They, like, grow from the fish and then grow some more and then it’s all … “

Shut up, he said.

He said this often when he couldn’t think of anything else.

What was necessary, he announced, shimmying up the phone pole, was a plan. What we’d do, he explained, was go to George’s front porch and put the worm in his lunch pail, which usually sat there before the school bus came.

“See, we extricart the lid part and put the worm in the … fish part. Then we hide.”

I expressed doubt, which is when Petie revealed the importance of the plan.

“God wants us to do it! We’d be, like, holy slimes! We’d be extricarting his will and George won’t know and it’ll be… greasy!”

God wished us to be greasy?

Petie was quite sure. “That’s the way the world is!”

Later, he said, we should kill communists, preferably with pencils, but not until we’d done in poor George.

“The worm wants to be in George’s mouth,” said Petie, who now looked at the worm with something resembling affection and pity.

The strategic issue then became just how to extricart the lunch pail and insift (“it’s like what spies do,” yelled Petie, when I asked) the worm into the holy slimy sandwich.

And insift I did, if under considerable duress (I was afraid George’s mother would see me).

The lunch pail was dutifully extricarted.

We became holy slimes in the eyes of God.

George, who later saw the worm, delivered a response that went something like an extended version of YUCK or YOW, neither one found in the Fractionary.

But I did find the word Earl, which was like a Duke, which I knew from the flying saucer song on the radio.

But that’s another story.