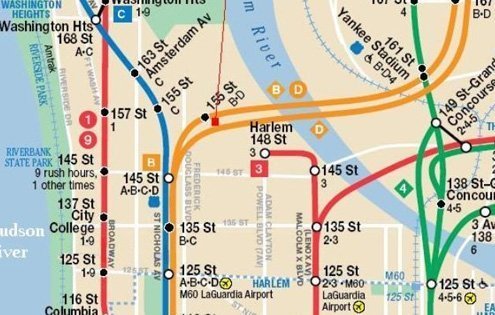 Sometimes the train is headed in the other direction...
S

he gripped the railing and hustled down the steps in heeled sandals toward the creak and roar of an incoming express train. Turned out the train was headed in the opposite direction. She’d taken a cool shower at the gym but sweat caught up to her anyway. To feel the heat you sometimes you have to stand very still.

He stood a few feet away, cooler than anyone else, with jet-black eyes. They exchanged a long glance. Even in a faded t-shirt and dark jeans, she imagined him a visiting Spaniard in the most Harlequin way. She’d been to Spain. They weren’t nearly as dark, exotic or clean cut, but never mind. Subway romances never play by the rules.

This romance would never leave the tunnel anyway. She was freshly in love with a new boyfriend and on her way to meet him uptown. When the dark and mysterious stranger sat down beside her she did her best to ignore the spears of static electricity shot between their shoulders.

He didn’t have a thing, not a bag or a magazine. This dented her tourist theory, but her mind’s narrative contained no space for a handsome New Yorker. She focused on the same paragraph of her paper article until 42nd Street, when he asked her where she was headed.

“Uptown. Just meeting a friend.” The words were out of her mouth so fast there was no way to tell if they were genuine. So she added some truth to the fiction,

“I’m thinking of moving to Harlem.” This part was absolutely true. She lived in Brooklyn. It was also true that her boyfriend had busied himself the night before plotting out a day of open houses for her. In fact, he’d been there all morning casing the route.

“Ah, cool! I’ve lived up there for years.” The handsome stranger cracked a smile that lit up his face and send palpitations ripping through her chest.

They spent the rest of the ride to 145th Street talking about everything he loved about the neighborhood. In particular, he liked that there was always music playing somewhere. Harlem changed from block to block, but it was never silent and you never felt alone, he told he. They left the stop together and he gave her his number in case she needed any help getting acquainted with the area.

They parted, and three blocks and one avenue later she spotted her boyfriend, sandy blond and leaning his bike against a light pole. His smile could ignite a whole city at high noon. In seconds her subway companion had vanished and all she saw was light.

Three weeks later, he turned it all off. She crumpled into her couch and played his explanations over and over in her head. At 35, she still couldn’t learn how to shut off feelings even when it “made sense” to do so.

After a few teary phone calls she gathered her resolve and remembered her handsome stranger from the train. She sent him a message. This time a little more honest.

He answered within hours and they made a casual, swing-by-this-place-I’ll-be-there kind of date.

She brought along a friend for support, mostly to keep from crying when he asked how her summer was going.

After one bottle of wine her friend excused herself and they ordered another. He looked nice, this time in color except for his glowing coal black eyes. She wore her favorite dress in a shade of azure blue so vivid that you couldn’t help but feel joy at the site of it. Wearing it made her feel powerful and safe behind a shell of utter happiness.

It was long past midnight when he walked her in the direction of the station. On the way there he pulled her close and held her collar in his hands. They felt warm and rough, foreign after months of someone else’s hands. She closed her eyes when his lips met hers. This too felt foreign. Despite their subterranean magnetism, above ground they were just two people in a rush to feel less lonely.

He waited with her on the platform. Here they were again, but this time headed in different directions. They kissed a few more times and she rested her head on his forearm. Would she sleep with him one night, curled toward him in the way she had when they first met?

The train pulled in and she got on. Back in Brooklyn, she climbed the subway stairs into the silent night. Three blocks later in the glow of a lone streetlight his message flashed, Let me know when you are home.