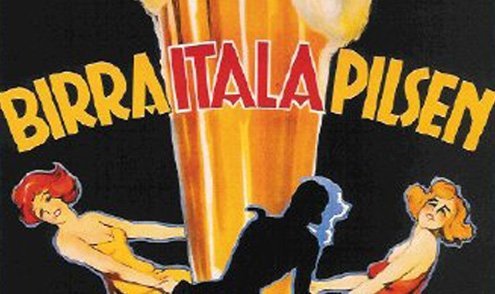 orgona, Valdera Rosa, Montemagno, Lambrate, Iety, Isaac, Nina, and Nora. No, these are not the quaint-sounding names of small Italian mountain villages or your best friend’s Irish-German grandchildren. They’re some of Italy’s best and most creative artisanal beers. And they can make a wine writer foam at the mouth.

Why haven’t you heard of them?

Handcrafted microbrews are among Italy’s best-kept secrets in part because beer-speak is an arcane language as ingrained to beer-drinking culture as fancy crystal glasses and tastevins are to the wine world.

Knowing what to order can be intimidating even for the savvy drinker. Learning to weigh the differences between spontaneous wild yeast fermentation against the relative benefits of top vs. bottom fermentation is daunting. Not to mention uncovering the mysteries of “decoction” brewing — which is enough to leave just about everyone scrambling for a beverage-making dictionary (it’s extraction through boiling). Never mind the dreaded word pasteurization.

When most people think of Italian suds, the primary image is that of a heavy-cheeked man sporting a walrus moustache and green Borsolino fedora sipping simple beer from a beer stein. Stretch the imagination a bit further and you get an innumerable number of nondescript green or amber bottles, Peroni or Nastro Azzurro more often than not, littering the street or occasionally being hurled from bleachers during calcio matches.

Gigantic beer conglomerates long ago swallowed up these old time Italian brands. Dutch-owned Heineken International owns Birra Moretti and South Africa’s SABMiller acquired Peroni’s Nastro Azzurro in 2003 in part to bolster its overseas market, where the beer is considered a classic chic import, and not just the Budweiser of the masses. Italy’s beer market is worth about $9 million annually.

Though cool, wet and good with pizza, these nondescript industrially-produced beers don’t hold a candle to some of the better Italian handcrafted microbrews.

As in the case of wines, it’s the stories behind the beer-makers that captures my attention. There’s Agostino Arioli, a full-mash home brewer who began his career in 1983. His brewpub Birrificio Italiano based in Lurago Marinone (a suburb of Como) was one of Italy’s earliest craft breweries and now produces some 700 hectoliters of handcrafted lagers each year. One of these is Amber Shock, a full-malt lager based upon one of his early home brew beers. It’s achieved cult status due to limited supply and its lively toffee flavors. Another pleasing concoction is La Fleurette, made with flowers, black pepper and orange blossom honey.

There’s also Fabio Brocca, one of three precocious master brewers at Birrificio Lambrate. His bottled stout, called Ghisa, is made by adding a smoked malt to the mash, giving it a mixture of nutty, coffee smokiness with just the right hint of bitterness. Brocca and his colleagues are using time-honored Belgian, French and German techniques to create Italianized styles of their own.

Women are also making their mark. Near Pisa, master brewer Rosa Gravina has benefited from EU funding and the help of two partners, Micaela De Vita and Serena Baccillieri, to create a beer co-op called Birrificio Artigiano. Gravina makes stylish versions of pale ale, classic reds, double malt and even a seasonal winter beer with a touch of chestnut honey called Montemagno (a favorite of mine).

These are only three of the dozens of microbrewers and brewpubs operating in Italy today, a number that stood under 10 only three years ago. Some are even listed in the Guida Osterie by Slowfood. Don’t be put off by the casual, nonchalant atmosphere you may find in these places, these folks are pure pro.

For a listing of interesting brewers by region, see Maxbeer.