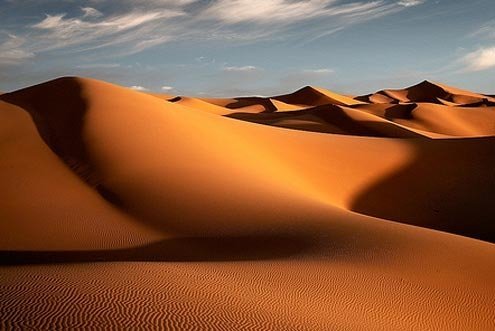 Not a washing machine in sight.
W

hen I returned from Morocco I had a post-vacation revelation: The First World was overrated.

Everything I worked for in New York City somehow seemed meaningless and irrelevant. North Africa seemed more honest and real, grounded and human.

Our 10-day trip sent us from Marrakech to Tangier, with a tour through the desert. The terrain was varied and beautiful, some parts reminiscent of Tuscany with olive groves, others, the rolling hills of Ireland. Back at home I spent hours looking at my photos reliving my experiences. New York life seemed trivial in comparison. Before long, it was clear I needed help reengaging with my First World pursuits.

I decided to present my quandary to my friend Walter, a veteran world traveler. He hitchhiked across Africa at 18. Somehow I thought he’d understand. How could I adjust? I asked him.

“This happens at times,” Walter replied simply. “You must have had a good time.’

I told him I’d loved it. I told him about my newfound First World doubts. Why so much fuss about our world and the way we do things?

He gave me a knowing nod. “You may have a point.”

I felt understood and continued.

I mentioned the simplicity of life, the dramatic landscape and the way the people lived close to the land in the same way they had for centuries. They grew barley and figs in the valleys, herded goats on the plains. Women still spun wool on a wheel, hand-loomed their rugs, and did the laundry in the river. The scenes, I told him, were both picturesque and humble.

Walter, never one to tip his hand, kept listening.

I mentioned the Morocco’s timeless feel, especially when traveling with Berbers. We rode camels across the dunes of the Sahara at sunset. As the sky went dark, out came a million stars overhead. It was a grand spectacle.

Now I was excited. “Humans have been living under stars at night for eons, navigating caravans and creating gods. It sounds a bit silly,” I told him, “but I forgot this world existed.” In New York, you were lucky to even see the moon, I added. If you want stars, you went to the Rose planetarium at the Museum of Natural History.

“Sounds like you really had a good time,” Walter replied smiling.

But then he came to his point. Reentry can be really hard, he admitted. “But maybe what your feeling isn’t all about First World or Third World.”

“Maybe you were just on vacation.”

“You were in a colorful foreign land and everything was new. Someone cooked you exotic food and washed the dishes, made your bed and did the driving. With a good exchange rate, you traveled in comfort. You just took it all in.”

My post-vacation revelation suddenly began behaving like a mirage, disappearing before my eyes.

“The Berbers may live simply,” Walter continued, “but it’s probably not by choice. If I had to wager a guess, they’d prefer modern conveniences: GPS, a machine to spin their wool, weave their rugs and wash laundry. Then they might take a vacation, like you. The truth is they’re too poor. There’s nothing romantic about it.”

Being happy with what you had, he said of my romanticized vision of Morocco and the Berbers, was just the best way to get on with living.

I was quiet for a moment. His words were the readjustment I’d been seeking. In an instant, I became grateful again for my First World comforts I took for granted.

I’d had a great vacation. It was plain, simple, and to me quite beautiful. But now that I was home, I just needed to as the Berbers do, but in a very different context: get on with living.