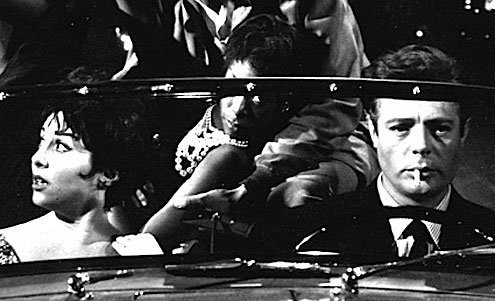 nation is a sum of facts and figures, folklore and myth. If statistics establish linear assumptions, folklore produces humor and rumor. Together, they concoct identity.

But the process is inexact.

Since mid-December, major dailies in New York and London have profiled Italy at considerable length, and from its complaining façade have fashioned a portrait of an unhappy place headed nowhere fast. Italy is this year’s Portugal or Greece, a pretty but problematic backwater. If you like pasta and wine, the Anglo-Saxon message suggests, be aware that cooks and farmers are grousing, even in your beloved Tuscany.

But quick-fix exegesis comes with baggage. Front-page features are oversimplifications in disguise. Supposition turns to caricature for clout.

A week after Ian Fisher’s New York Times fender-bender (“In a Funk, Italy Sings an Aria of Disappointment”), Richard Owen of The Times of London played his own predicably similar hand (“La dolce vita turns sour as Italy faces up to being old and poor”).

For Owen, “There is a sense of national angst in Italy as 2007 comes to a close.” Like Fisher, he lays out a menagerie of laments to support his assertions, including comments from Luca di Montezemolo, who heads Italy’s industrial association and is chairman of black-ink Ferrari. “Every Italian looks out for himself, not for the common good,” says Montezemolo. There’s a caveat of course: Montezemolo’s Italians possess “excellence and positive energy.”

In Italy, woe and winking are on the same wavelength. Looking out for No. 1 is its own excellence, its positive energy. Life is weather. Life is meals. The rest is traffic. Foreigners are instead sensitive to malfunction and grow to resent the country’s farcical non-efficiency. They tire of a cleverness they weren’t trained to abide. The venal whining wears them out. Condescension leads to easy clichés.

Fisher for example borrowed liberally from John Peet, whose 2005 report in The Economist studied a glum economy that in the years after World War II witnessed mass emigration to Germany and Australia. Anyplace was better than home. Peet labeled Italy as “sour,” Fisher suggested it suffered from rampant “malaise,” while Owen spoke of self-laceration. All three are indebted to Beppe Severgnini, the peripatetic Corriere della Sera columnist who was also The Economist’s Italy correspondent from 1998 to 2003, bashing his own country anonymously.

Italy’s ambiguities have always perplexed foreign correspondents. Stories about busty movie stars (Loren, Lollobrigida, Verna Lisi) and the gap between rich and poor dominated the 1950s. Union growth, corruption, and student violence occupied the 1960s. Terrorism and the ascent of the Communist Party controlled the 1970s. In each of those decades, portrayals of country leaned toward the hackneyed. In November 1977, a soccer match between the English and Italian national teams was labeled by The Times as a contest “between the two poor men of Europe.” (England won, 2-0.) International Herald Tribune columnist Chris Matthews wrote a memorable piece about Rome city clocks, most broken or incorrectly set.

Italy’s maddening merger of the antediluvian and the modern is a byproduct of a social immune system. People pick and choose from the modern only in the service of the traditional. Opportunism is the rule. Self-ridicule may sound like malaise or depression but it isn’t. It’s ephemeral.

Time magazine’s R.Z. Sheppard noticed this in writing about Rome: “The city continues to give the impression of crumbling into its own ruins, its reputation as decadence central cheered on by Fellini and Gore Vidal. But like a Verdi heroine dying with a knife in her breast, Rome continues to sing impressively.” That was 1980.

English-language reporting about Italy has always dwelled on strikes, political corruption, and financial misallocation, portending national paralysis. The portent is so far unfulfilled.

Skepticism and stasis, toxic elsewhere, are offset by Italy’s unique way of vaccinating itself against despair. To control their fate, Italians transmit their own flu (“We are the greatest poisoners on the planet,” the late Indro Montanelli once told Newsweek.). Put another way, malessere (“the self-lacerating mood” to which Owens refers) is virus that infects others but which Italy carries to no ill effect.

That doesn’t stop reporters from contriving an Italy to suit their needs, a place that regresses from a mythical ideal (identified in terms of la dolce vita) on command. Ironically, Fellini’s “La Dolce Vita,” the 1960 movie that gave Italy its media moniker, was in fact about a disaffected and alienated journalist struggling to find purpose in life. “By 1965 there’ll be total depravity,” says a character in the film, as if speaking to Peet, Fisher and Owen. “Everything will be so squalid.” So much for prescience.

Economic troubles are drier and easier to promote. And there’s no ignoring them. Striking truckers brought parts of country to heel before Christmas. Strike-addled Alitalia will soon be auctioned. Italian families struggle personally and financially — though the word “crisis” is overused.

But Owen’s contention that Italians “are consumed with a sense of domestic decline” is timeless.

Age-old is right. The country once trailed Britain in industrial output only to overtake it. It now lags behind both Britain and Spain. Yet economic instability is cyclical. In the 1970s, urban terrorism and labor unrest made Italy an unreliable partner. By 1990 — endemic corruption notwithstanding — the country had rallied. During revivals and decline, only complaining was a constant.

Then there’s the matter of aging, the going chic critique. Latin European leaders, Owen notes, are young guns. Spain’s José Luis Rodríguez Zapatero is 47 while France’s Nicolas Sarzkozy is “a bouncy 52.” Italy’s Romano Prodi is referred to as a “weary-looking” 68.

Italy is growing older, irrefutably so, and leadership is more visible now than in 1975. Private lives and looks are scrutinized. But young leadership is no cure-all.

Socialist Prime Minister Bettino Craxi was a “bouncy” 49 when he took office in 1983 (France was then run by septuagenarian François Mitterrand). Silvio Berlusconi first managed Italy at 57. “Clean Hands” (Mani Pulite) anti-corruption prosecutor Antonio di Pietro, who humbled Craxi, was 40. Even Giulio Andreotti, for years the face of the geriatric Christian Democrats, became prime minister at 52 (he’d been interior minister at 35). The “greybeard” factor is overrated.

A few days after The New York Times published Fisher’s damning report, Interior Minister Giuliano Amato, another aging former prime minister, sent the newspaper a letter in English. He mentioned “distortion.” Criticizing Italy, he said, “was a rather old habit.”

The remarks were fairly routine until the last paragraph, which hit the mark: “Above all,” he wrote, “and here I speak to my fellow Italians — by constantly lamenting one’s ills, one could eventually become much sicker than he actually is.”

Italy’s immunity to the poison it feeds itself, and to others about itself, may not endure. If the country ever starts believing in its own dirges the consequences could be ruinous enough to make this round of so-called malaise look inconsequential.