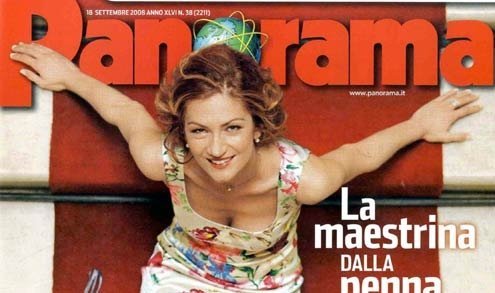 ia Nino Bixio, Viale Piave, Viale Vittorio Veneto, Piazza Cadorna, Via Lamarmora, Piazza Risorgimento, Piazza Cinque Giornate…. I should have looked at street names before writing my February column on finding and instilling Italian identity in my half-breed children. Neighborhood topography held clues to something I discovered after attending the presentation of the Italian edition of Christopher Duggan’s book “The Force of Destiny: A History of Italy since 1796” (which I then read).

According to Duggan, historian and author Sergio Romano and panelists at the book presentation, Italian identity is not just my problem, but Italy’s problem, too.

And it has been since Romantic intellectual elites, many of whom had never gone beyond the Po, began agitating for an Italian “fatherland” on the heels of the French Revolution and Napoleon’s occupation.

Even today, elites and politicians still grapple with questions of national identity. A quick look at mainstream journalism will introduce you to debates, personalities and obstacles that have endured since Italy’s difficult and sometimes violent birth.

Education Minister Maristella Gelmini and school reform? In the 1870s policy-makers wondered whether Italy’s largely illiterate masses should get mere instruction — literacy and numeracy — or a fuller education, which might make better citizens, albeit ones with knowledge potentially dangerous to authority.

Federalism? Milan historian and writer Carlo Cattaneo, an active participant in the Cinque Giornate of 1848, an anti-Austrian rebellion, argued that a federal grouping of Italy’s “sub-nationalities,” such as Lombardy and Veneto, would make the best Italy. In 1846, Giacomo Durando recommended two federal states, northern and southern. Modern Italy instead was built around the central one sought by Giuseppe Mazzini.

The Eluana right-to life debate? The role of the Catholic Church — virtually the only unifying cultural or social institution on the Italian peninsula — has been contentious since Napoleon all but kidnapped the pope. For centuries, governments have hoped to co-opt the Church’s organizational and social reach but have feared its influence and jealous grip. The Church is ambivalent too. While opposing the country’s formation, (and once excommunicating voters) it insists on an active role in Italian politics.

Attentive — but amateur — readers of Duggan’s book will enjoy seeing how their impressions of Italian themes are given form and substance by a professional historical observer.

There is the religiosity of Italian politics, from Mazzini’s faith in a new nation, through Gabriele d’Annunzio’s sanguinary nationalism to fascism and post-Resistance communism. There is the yearning for a strong person or outside power who will drag the country back to its “rightful” (ancient Roman and Renaissance) place on the world stage. Indeed Italy’s modern political transformation was unique in Europe in being nostalgic; “Resurgence” (Risorgimento) not revolution.

Duggan introduces two kinds of Italians. The first is “Guicciardini man,” named after Renaissance historian Francesco Guicciardini by 19th-century historian and statesman Francesco De Sanctis. This archetype is skeptical and detached. Though aware of what is morally desirable, he never pursues higher goals if they require “personal inconvenience or suffering.”

The second is the Machiavellian man, who looks “Italian weakness in the face” and considers it correctable, with force if necessary.

But back to my neighborhood. The choice of street and piazza names are all in the service of creating identity. From early on, Italians regarded their military and political exploits with a detached eye, desperate to press them into nation building. The urge for mythmaking produced startling, bloodthirsty rhetoric. It opened the door to some of the darkest chapters in Italian history, such as African colonial exploits (including the use of illegal mustard gas), the carnage of World War I and fascism.

Duggan’s use of iconography and visual arts is effective and illuminating. Images of a Southern Madonna with a manganello (Fascist truncheon) or a bare-breasted figure of Italia, debased and deflowered by foreigners, tell more about past and present Italian themes and polemics than pages of prose.

“The Force of Destiny” is delightful to read. It is smart but impartial. Unlike most Italian commentary written by foreigners, it is neither smug or condescending.

Expatriates seeking to understand the historic and cultural trends that shape daily life in Italy — and the country’s future prospects — would do well to read this book.