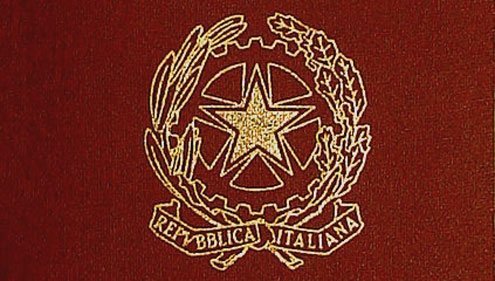 I spent three years getting my Italian citizenship. That meant three years of showing up at 7 a.m. in front of the police station in Via Aurelia.
T

he other day I met up with some friends from out of town. They were in Rome for the day to get their two-month-old daughter’s citizenship papers at the American Embassy. Rob is American and Anna is Italian. They met in Nepal, where they were both stationed while working for various transnational employers. They married in Italy, and their daughter Clara was born in Perugia. In a few weeks she will be returning to Nepal, where she will spend the first few years of her life.

“She’s lucky,” I posited. “Being born with dual citizenship will make life easier for her.” They both smiled.

Anna explained that Rob would be eligible for Italian citizenship even if he never actually lives in Italy. She, on the other hand, would have to spend three years in the United States before being able to apply for U.S. citizenship.

Worth it? “Maybe not for Italy, but for the rest of Europe it is.” I couldn’t believe the words had come out of my mouth.

As an Italian citizen I can say these things. I have rights. I can bitch all I want about the infernal nature of bureaucracy in this country. Today my citizenship papers say “Italian-born.” The day before they typed that phrase, I was Mr. iPod. Now I can run for office.

But Rob won’t face the same kinds of problems I did. When I was born, my parents didn’t register me at the local Italian consulate. “We never thought you’d be interested in living in Italy,” my mother later admitted. “It never even occurred to us.” My father had immigrated, and my mother was the daughter of immigrants. Why would their children ever decide to go back? It was a legitimate question, I suppose.

To which there is no concise answer. My father’s early death (when I was 15) complicated things further. One of the most curious “documents” I had to produce was an anti-document stating that my father had never applied for U.S. citizenship. When confronted with that one, I flipped: “They are making this impossible for me. How do I prove he didn’t request citizenship?” I felt like Kafka’s Joseph K., the victim of a faceless, senseless System out to undo me.

My mother, however, produced the “document” after months of working the telephone from her kitchen-office in Maryland. And it was true: my father had never applied for U.S. citizenship. The law was changed soon after his death, allowing for dual Italian-American citizenship. He never had that option.

When finally I had submitted all conceivable documentation, all I had to do was wait. My mind had been so twisted by that time that I was racked with the obsession that some bureaucrat in Via Petroselli would find me out. Perhaps my father never was an Italian — had I ever thought of that? Could I have been adopted, as my sister used to tease? Maybe there was an alternative truth buried in the paperwork. Perhaps even I didn’t know who I was.

It’s slightly embarrassing to recall my paranoia now. After all, I’ve been a full-fledged, voting citizen for over three years. But it was very palpable back then. I really believed I was the victim of a plot.

I had it easy, of course. Last month La Repubblica ran an article by a black man whose Italian citizenship doesn’t shield him from the most gratuitous abuse. At the police station, at home, in his car, on the way to work in Milan — virtually everywhere he has run into problems. “Sorry, we don’t want to buy anything.” “You’re not an Italian national like us, just a foreigner who happens to be a citizen.” “You shouldn’t even be in this country. You’ll pay sooner or later.” This reminds me of the old Jewish saying (or was it Yogi Berra?): Just because you’re paranoid doesn’t mean they’re not out to get you.

As for the second half of my equivocation, the possibility of living in Poland or Romania isn’t exactly tempting at this point. But you never know. Maybe in a decade, while Italy is still vacillating over the question of gay marriage and equal rights for non-married couples, the ex-Communist bloc might start to look pretty tempting.