Driving in the sticks (or, Wonders never cease) 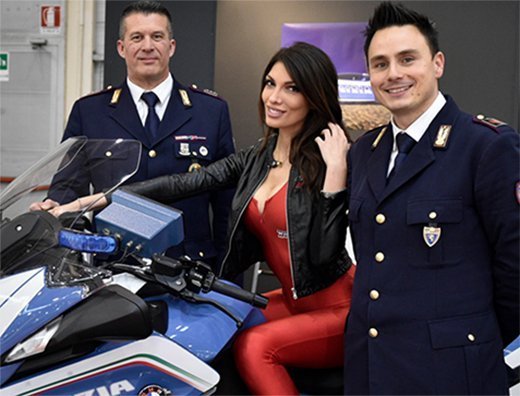 here’s a new traffic light on my drive home from work.

New traffic lights are big news in the sticks. The only one around before the new arrival was in a seaside town that very much wanted everyone to join it in pretending it was suddenly a city. When the traffic light went up, the mayor posed for photos. It was front page news.

In other words, traffic lights are for city folk.

But this traffic light is different. After the mid-August Genoa bridge collapse (43 died), the people in charge of bridge safety all over my corner of Tuscany – can’t speak for other corners of Tuscany, or Italy – started looking under their bridges.

My bridge didn’t pass muster. But before you go imagining a towering monstrosity similar to Ponte Morandi in Genoa, take a deep breath. This bridge is a couple of meters tall and a couple of meters long. It stretches over a poor excuse for a river.

Still, the inspectors were surprised to find it could no longer support two lanes of traffic. So they closed one lane and put up a traffic light.

And that’s all they did.

I’ll let you know if they ever get around to actually repairing it. (And in the meantime, let’s pretend they would have noticed and remedied the rotting foundations of my bridge even without the Genoa disaster.)

Driving home, I came to stop at this traffic light. Third in line, I sat behind the Polizia Stradale and a white Fiat van.

In rural Tuscany, you go as fast as you like and no one tells you otherwise. It’s hell for someone like me. I hit the roads in Australia and it feels like everyone is driving Miss Daisy.

But all of sudden, it stopped.

Perhaps the driver glimpsed his rear view mirror and saw the Polizia Stradale idling calmly behind him.

Sweating and swearing, he realized his mistake. For a second, he considered accelerating full throttle and disappearing into a side street. No, the police might follow. Better not risk it. Plan B. Plan B. Plan B…

The white van slowly began to reverse. It retraced its steps, creeping back into the right hand lane and inching closer to its original position. Seconds felt like minutes as the van slowly, slowly, slowly returned to the head of the line in front of the traffic light.

The Polizia Stradale hadn’t move and for most people the story would have ended here.

But as the van tried to cover its tracks, the traffic light changed from red to green, which its driver didn’t realize.

Instead, he kept reversing as the Polizia Stradale began to move forward. He stopped. Why, he wondered, are the police moving? Is he busted? Should he run? Rapid breaths. Even more sweat. He lurched forward with a start, saw the green light and switched back into first.

In his shoes, I probably would have shot over the bridge and tried to put as much distance as possible between me and the police. In rural Tuscany, you go as fast as you like and no one tells you otherwise.

It’s hell for someone like me. I hit the roads in Australia and it feels like everyone is driving Miss Daisy. I see myself leaving my body, floating over to the passenger side, ripping open the doors of fellow drivers and shaking them until they speed up. But it’s not them. It’s me. They’re doing the speed limit. I’m swerving left and right in my own lane, jonesing for an overtake, brushing the unbroken double lines with my front tires before I remember, no, this is not Italy. Here, we don’t overtake. We don’t flash our high beams when we want someone to get out of the way. We indicate when we turn.

Last year, I was driving my uncle’s 4WD when I turned into a residential street without indicating. The Australian police pulled me over straight away and I bluffed my way out of a ticket by pretending I had used my indicators. When the officer asked me where my license was, I pointed to the yellow Fiat that was disappearing into the distance. My mum had abandoned me to my fate, taking my wallet and my license with her. I should have known. She is Italian after all.

I smashed that 4WD a few weeks later. I reversed it into a tree at full speed because I thought I was in first and was too busy singing Pharrell’s “I’m Happy” to check. Ruined that song for me.

As for our friend in the white van, he did 10 kph below the speed limit past the green light, across the bridge, and for another six or seven minutes until the police officers turned into a petrol station. After that, he sped off to what I imagine was his rapidly cooling spaghetti Bolognese lunch.

If this story seems at all absurd to you, try re-reading it with the Benny Hill music in the background because that’s what was playing in my mind as I sat behind the Polizia Stradale and watched the scene unfold.

Then remember that the police just sat there and watched someone break the law. It could almost be a metaphor for something bigger and a whole lot more worrisome.