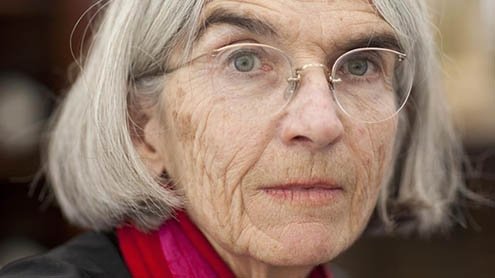 Leon slyly opens this literary silver anniversary to “the tinkle of silver voices and silver cutlery.” Elegant Palazzo Falier hosts a small fund-raising dinner for a private foundation known as Salva Serenissima, or Save Venice. Its goal is to raise funds for the renovation of the lagoon city’s incessantly water-damaged buildings and monuments. Wonderful, Brunetti thinks, if only he and wife Paola hadn’t been badgered to come so that the gathering would also include some “ordinary” Venetians. For the table is book-ended by two renowned countesses, Falier and Landini-Continui. It’s also stuffed with exceedingly rich foreign donors.

But there’s a second reason for their urgent invitation to the soiree: Landini-Continui, the elderly head of the foundation, wants to meet the renowned detective, supposedly to ask a personal favor. The subject is her granddaughter Manuela, who nearly drowned 15 years before.

But Brunetti knows that in Venice — and Italy — every upscale blueblood has inordinate social and political clout. So why does the countess need assist from a simple policeman?

At meal’s end she’ll explain. And detail Manuela’s chance rescue from the Rio San Boldo canal by a passing drunk named Pietro Cavanis. By the time she was pulled from the water, however, too much time had elapsed. Her brain was damaged.

Now thirtyish, Manuela’s mind that of an adolescent.

Her elderly grandmother, sensing her own mortality, wants the case re-opened to find out what really happened to Manuela. That’s why she needs Brunetti. Only a policeman can delve into old cases and perhaps unearth secrets. It seems Manuela had a pathological fear of water. Why then would she have been anywhere near the edge of a canal embankment?

Before Brunetti hears the contessa out, he’s exposed to dinner table conversation about various save-the-city projects. The infamous MOSE plan comes up, but only briefly. It’s too embarrassing to discuss in front of outsiders. After three decades of dilatory work and 30 million spent, MOSE’s elaborate system of tide-deflecting barriers is far from complete. Self-interest and unscrupulousness, Brunetti thinks to himself, are Italian specialties.

As if to confirm his grim thoughts, an architect named Vittori-Ricciardi spends much of the evening issuing fawning praise for the contessa and her generous funding. Brunetti knows a hyphenated name isn’t nobility, but a close neighbor. By tale’s end we’ll learn that the Ricciardi in Vittori-Ricciardi is a charade, as are many so-called facts concerning the Landini-Continui tragedy.

The boring dinner over, Brunetti finally hears out the contessa’s blunt plea. She accuses him of failing to solve the mystery, with Brunetti serving as a foil for all police. This rankles Brunetti’s strong sense of right and justice.

Why hadn’t police follow-up Cavanis’ original report that he’d seen a man hitting Manuela, then pushing her into the Rio? Why was the hospital’s medical chart on Manuela nowhere to be found?

Brunetti doesn’t like his odds. He’ll be working to track down 15-year-old records while trying to find out more about Cavanis, who is said to have vanished.

As always in Leon-Brunetti narratives, help arrives from his classic police cast: sage Inspector Vianello, computer magician Signorina Elettra, pretty young Commissario Claudia Griffoni and HQ’s skilled forensics team. Together, they use scattershot leads to widen the search. They energize the plot, and finally uncover evidence that Manuela had been raped before “falling” in the San Boldo waters.

The re-opened investigation leads Brunetti and his reader through the fascinating — and confusing — artery of tiny local bridges, narrow calles and fast-flowing rios. With a few glances at gorgeous monuments thrown in. The hunt also enlists current events: fear of the latest wave of African immigration, political deceit, and bureaucratic sloth.

Brunetti will “find” Cavanis — in the apartment where he’d always lived. But as with any classic mystery, the key witness is murdered before he can utter a word. After which blood, water and plot all thicken.