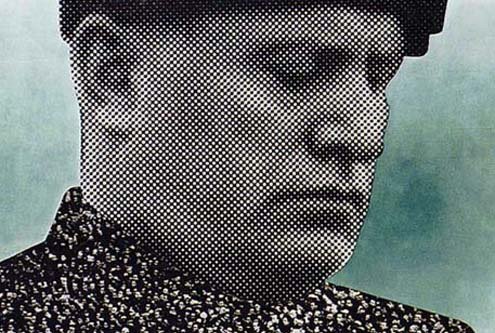 n remarkably candid comments pledging his enduring commitment to “Fascist ideals,” AC Milan and former Italy goalkeeper Christian Abbiati recently became the latest in a long line of Italian sports and political figures to lend a hand in the slow-burn rehabilitation of the movement that left Italy in total ruin a half century ago.

“I’m not ashamed to proclaim my political beliefs,” the Milan ‘keeper told Gazzetta dello Sport‘s weekly magazine, Sportweek, last month. “I share Fascist ideals, such as the fatherland, social order, and respect for the Catholic religion. I don’t share its mistakes: the racial laws, alliance with Hitler, and entering the war.”

Figuratively, Abbiati’s remarks amounted to a soaring goal kick to hooligans who awaited the ball in midfield. They adroitly advanced Abbiati’s pass — only to score a highlight-reel own-goal, as fascists invariably do.

On October 10, more than 100 Italian football “fans” rampaged through Sofia during a World Cup qualifying match between Italy and Bulgaria. The game ended 0-0, with the real news coming from the terraces. Three Italian “fans” were arrested for burning a Bulgarian flag. Others had tussled with locals and chanted “Duce! Duce!!” — their stiff right arms raised, much in the spirit of Abbiati’s comments, to honor Benito Mussolini.

The Sofia incident was hardly isolated amid a rise in violence by Italian thugs. In Verona, Nicola Tommasoli was killed by suspected neo-Fascists in May; he refused to give his assailants a cigarette. Earlier this month, police in Parma thrashed an African immigrant. But Sofia marked the first time the new wave of Italian neo-Fascist violence reared its ugly head outside the bel paese.

It isn’t pretty. Nor does it occur in a vacuum.

Italian football and fascism have a long and glorious relationship. Serie A was born under Mussolini, who used the power and appeal of soccer to help unify a desperately disparate nation. Winning two World Cups and Olympic gold during the 1930s raised Italy’s and fascism’s prestige around the world.

Italian soccer retains its international prestige but mostly keep fascism at arms length. Some players, however, can’t control their Mussolini ardor. Paolo di Canio, the former Lazio striker, came out even before Abbiati. He admitted that his stiff-arm salutes after scoring was “piu’ forte di me,” in essence part of his nature. More recently, AS Roma’s young midfield star Alberto Aquiliani, whose two goals led the Azzurri over Montenegro in recent World Cup qualifying, has admitted that he keeps a bust of Il Duce at home.

Italian soccer remains, for now, a winner. But Italian fascism has always lost out — though not for lack of trying.

Fourteen years ago, Gianfranco Fini brought his far-right National Alliance into government for the first time in postwar Italy. Later, at Fiuggi, Fini’s bloc formally repudiated fascism. And after an apologetic trip or two to Israel, Fini tried to make AN resemble other conservative parties in Western Europe. His party is now partnered with Silvio Berlusconi’s ruling People of Freedom.

But the script that called for restraint has been lost over the years — both on and off the pitch.

In the 1990s, when foreign journalists were quick to seize on and sensationalize the rise of Fini’s far right (Fini’s remark that Mussolini was the “greatest statesman of the 20th century” was repeated ad nauseum), even center-left Italians tried tempering their reports. Don’t be hysterical, they’d tell foreign journalists — fascism as it was is hardly coming back. And they were right. They still are.

But that’s not the point. Not now, with an evident rise in intolerance and rightwing violence inside and, after Sofia, outside across Italy. No, the point is that the “soft” rehabilitation of Mussolini and fascism over the years by men like Fini, Gianni Alemanno, and Ignazio La Russa — and echoed by important sports figures like Abbiati — has accorded unofficial sanction to desperate youths inspired by its ill-grasped legacy. That hardly amounts to a license to kill, but for some it’s clearly a nudge in that direction.

Shortly before taking office last spring, Defense Minister La Russa said, “I have never repudiated fascism.” After Sofia, he said: “We should apologize to Bulgaria. Had I been there, I’d have been ashamed. There is no historic or political justification for these people.” But as his former National Alliance colleague Francesco Storace quickly noted: “Those (Fascist) chants are pretty similar to what (La Russa) used to intone as a youth, too.”

Alemanno, the Roma mayor, was sworn in last spring amid plenty of stiff-armed salutes atop the Campidoglio. Last month, Alemanno said fascism was complex, did not represent “absolute evil” and sought to differentiate the movement from its 1938 racial laws, which resulted in the killing of thousands of Jews.

But surgically separating the good from bad, while invoking the whole, doesn’t work. One Fascist’s Catholic Church and patria is another Fascist’s police state and racial laws. There’s a reason why history’s condemnation of Mussolini’s movement was absolute. Rehabilitating it, however superficially, is irresponsible for an AC Milan goalkeeper, let alone a major political leader.

But it’s too late. The genie — despite Fini’s recent efforts to stress the “values of antifascism” at the basis of the postwar republic — is out of the bottle. The flames have long been stoked. Now real people are getting burned.

Fascism, even today’s shallow nod to it, is always an autogol.