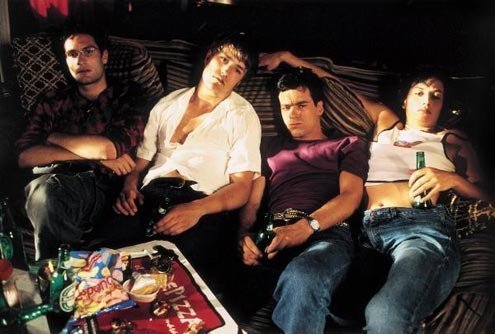 #8220;Carefully planned tourist trips make traveling fast-foodesque. People are tired of the crazy rhythm of modern life. And sometimes, all it takes is to stop for a minute, watch the sunset or a rare bird strolling down that porch in your yard. I want to give people that minute to find out what slow motion Italy is like.”

Three years ago that’s how I began my application to the Central European Initiative (CEI) fellowship for writers in residence, hoping to find my way to Italy. At the time I was in my final year of political studies master course at a Ukrainian university, wondering what to do with my life. Many of my classmates were in the same place, browsing job opportunities and thinking about applying to an academic program to spend some time abroad.

Only a few rare young people were actually looking to advance their professional skills and knowledge of their chosen disciplines. Most just wanted to study abroad to “see the world,” “meet new people,” and so on. Those priorities didn’t seem bizarre to me at the time. After all, I wanted to go to Italy for three months to pose as a writer even though I’d never written anything other than articles or blog posts. Yes, I may have had a dream of writing a book one day, but who hasn’t?

The Asian and Middle Eastern students who came to Ukraine to actually get top quality education and return home as in-demand professionals always rang as “weird geeks” to me. Who comes from that far away to study? It wasn’t until later that I realized how few of those who went abroad for education actually got much academic use from the time they spent at foreign universities.

The first example that pops up in my head is a friend of mine obsessed with Japan. She studied Japanese as her Bachelor’s degree major and kept applying for programs to study in the country. In fact, she only wanted to go to Japan to “chill” and experience the country she thought she loved (but never actually visited). She soon abandoned her half-hearted dream to be a Japanese translator and went on to a degree in international finance. She still aims for Japan, but her only goal remains to see the country she idealized for years, wasting sponsor money on an education she never really wanted.

As for those who actually went abroad to study, three stories come to mind. There’s a fellow political scientist who learned German and won an Erasmus scholarship. He went away for a year to study in Austria. The messages I got from him were mostly, “Man, the local beer rocks” and “They know my name in every bar in town.” Since the yearlong Erasmus program calls for stints at three universities, it’s widely known among Ukrainians as something done for the sake of fun, not academic or intellectual accomplishment. So much for national and European investments in the making of better professionals.

Another bright example of partying hard, this time on parental money, is a girl who studied journalism in Ukraine and took a summer Spanish language course in Barcelona. She loved the city so much that she applied for a Masters in economics at the European University in Barcelona. She spent most of her nights out and no one ever saw her studying. The girl, who now works in a Kiev bank (no word what position), did better than my final educational pilgrim, who ended up unemployed.

His story is probably the most extravagant. On average, the young man in question had to resit his exams eight times. He went to Amsterdam to study European business law, which in itself is quite odd since he planned to come back to Ukraine where European Union legislation is inapplicable. After chilling in Amsterdam for years, he returned to Ukraine in 2008. He’s been jobless since.

I may have divorced my student insecurities about the future, but my long-abandoned dream to find out about “slow motion” Italy still haunts me, in the form of the annual invitations I get to participate in that same writers program I applied for in 2009.

I just wish education abroad programs would ease up on advertising mind-opening experiences, changed lives, and opportunities for cultural understanding, and instead place their emphasis on professionalism and the actual quality of the education being offered, for the sake of future doctors, engineers, and pilots, if not for the simple idea of learning something that will matter and be useful over the course of a lifetime.

About the Author: Maria Ivanova