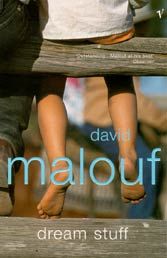 Australian Malouf is an author and poet of breathtaking gifts whose place outside the mainstream has mostly condemned him to the literary sidelines. The novel “Remembering Babylon” was short-listed for the Booker Prize in 1993 while “An Imaginary Life” (1978) is an unsung masterpiece. The mournful and haunting stories in this collection focus on moral displacement and the wish to belong.

In the title story, writer Colin returns to Brisbane “forty eight years old and nobody’s child” and is arrested under bizarre circumstances which make him feel “part of a larger unrest.” In “Closer,” a rural Pentecostalist girl named Ay is fascinated by her Uncle Charles, who has been banished from the family for practicing “abominations” in the city. The heroin of “Sally’s Story” is a Vietnam War comfort girl who has “used up too many of her lives” and finds herself in bed with a hometown boy and his baby in a trailer park. In “Lone Pine” — a thrillingly brilliant tale — retirees Harry Picton and his wife May take the “trip of their lives” until it ruptures. In “Blacksoil Country,” twelve-year-old Jordan McGivern conscientiously narrates her father’s rural epiphany. “This is my sort of country,” says Jordan at one point, “… I felt it was made for me and just set there, waiting.” But there’s catch: Jordan is dead.

Septuagenarian Malouf is among the greatest living authors in English.