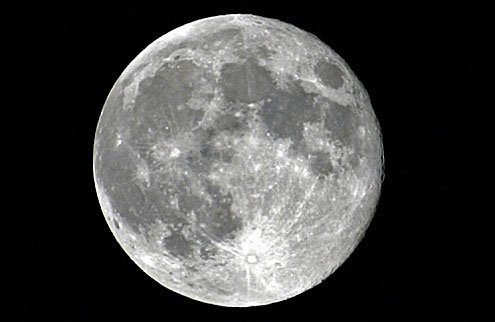 o we went dreaming again. We played the White Album. We played “While My Guitar Gently Weeps,” and “Happiness is a Warm Gun,” and “Julia.” My father said, “You should have bigger things on your mind,” gesturing at the red Motorola television set that was shaped like cereal box. Jittering men with guns darted from between trees in black and white images, a news anchorman appearing afterwards to tote up the dead, which he did on an imposing chart.

We played “Back in the USSR,” and “Martha My Dear” and “Helter Skelter.” My father said, “Be serious.” But how could we be, at 15, the record player on, homework postponed long enough to ride department store bikes up and down the back alley? My father said, this time trying to ensure all could hear and take note, “Vietnam could plunge us into world war. Think about the Chinese!”

I did think, as always. But not for long.

The thing about the Chinese, and the Russians, I had determined, was that they just didn’t understand music.

At elementary school in Washington, we did nuclear bomb shelter drills into the mid-1960s:

When the bell clanged prison-like we were hoarded into the basement where we prattled and chewed gum illegally to conceal our growing unease. Assured nuclear destruction, barked a teacher, using a long wooden pointer, shaped like a baguette, to stab at a frayed map of the free world.

We went dreaming to get away from all this, apocalyptic fathers, drill-mad teachers, and laconic nightly newsmen rationalizing images of men disintegrating in Asian jungles. We went toward the music to get away from implied and actual trauma. That was the goal, though we didn’t know it or choose to admit it, and perhaps better that way (though psychological modernists would dispute our sublimation). Many told us we might die in a terrible bomb explosion, but no one dared suggest we were not safe. Many sold a menacing breed of alarm, but none peddled panic, a distinction I filed away for recent remembering.

But I recall something else, and it’s significant because these times and those share a brittle grimness: Viet Nam had come openly undone, a hideous conflict dividing an angry nation; the culture gap — then called the Generation Gap — had grown confounding and deep; the Soviet threat was actual (Russian troops had driven into reformist Prague); Martin Luther King, the mercurial American civil rights leader, had been assassinated in April, a second Kennedy, Robert, in June; George Wallace, an articulate bigot from Alabama, ran effectively as a third party candidate in the autumn presidential race, winning five southern states and handing victory to Republican candidate Richard Nixon, who was detested by liberals.

Even for young dreamers stuck on the White Album, bad news held sway over many days and weeks, whittling away at optimism as relentlessly as it does now.

But near-winter brought with it an unexpected combination of science and ingenuity that intervened improbably to restore notions of human possibility. Three American astronauts headed for the moon, soon to circle it for the first time. At the start, the Apollo 8 mission seemed little different from its predecessors, a spectacular Cold War sideshow of the kind I’d been weaned on: capsules, rocket fire, and American flags.

But as the three astronauts neared the moon the mood changed markedly, and globally: All paused in shared awe. Not some, all. Friends, enemies, uninterested, apolitical, apathetic, patriotic, national, provincial — all examined the sky, our sky and their own, seeking clues into the why of things (they would do it again seven months later with the moon landing). The encompassing turmoil of war, both Cold and hot, the potential for mutually assured destruction, the spasms of student protest; all of it stood still briefly to give the three astronauts time to spin around the moon, mirthfully chatting back at Earth, Christmas ascending. Almost unwittingly the astronauts mingled with divine mysteries that all nations, and not merely one wishing to embody God’s mission, could identify with and seek to interpret. The photographs Apollo 8 took of Earth 36 years ago remain haunting in their loveliness and their affirmation of an aspect of the human condition detached from ideology.

We miss such pictures now, literally and symbolically, because we fail to make room for them, or even acknowledge the need to reintroduce their inspiring clarity. As a result, human promise is reduced to its humdrum machine parts of commerce, conquest, and venality. No wonder the generation that goes dreaming today, in similarly turbulent times, has melodies that are marred and moonless, reverie downplayed into irrelevance in the cynically aging annals of human imagination.