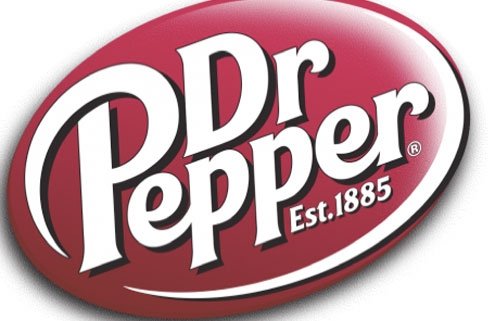 How do you tell him to put down the cup?
F

abio rarely comes with me to the United States. His fear of flying and Italian work commitments get in the way. That’s why we decided on America as a winter honeymoon destination. We were married in September.

The trip made me ecstatic for various reasons. Above all, I was eager to discover new places that were both different but familiar (we’d chosen San Francisco, Las Vegas and Hawaii). Though I’m not from the West Coast — I’m a Miami girl — I’m still very much American. I can enjoy the comforts of home without being “home sweet home.”

I also liked the idea of showing my new Italian husband “my” America. Good or bad, I wanted to point out the differences in the way we do things. I wanted to make it clear that “Nicole’s way” was in fact a way that was possibly shared by millions of other Americans. Dealing with lines is my favorite cultural example. Take the airport. As the Rome gate agent started calling passengers by “zone,” a massive crowd — not a line — began forming.

Though most of these people knew their sector hadn’t been called, they still crowded the agent or tried to board. The result was chaos.

But when we landed in New York and changed planes for our domestic flight the storyline changed. Everyone waited patiently until his or her row came up.

Fabio wasn’t convinced, not yet.

In Las Vegas, we went to see magician David Copperfield. A long line formed at the end. People waited. No one pushed through. Fabio was shocked that the wait didn’t cause an uproar. “Non succederebbe mai una cosa da genere in Italia,” he said. Never in Italy. He was impressed and I was surprised, at him.

He was also taken by the friendliness of people. I had “warned” him that Americans like striking up conversations and that they’re big on greetings. Almost everyone says hello. It’s our way of being friendly. Why? Just because we are.

At first, Fabio was taken aback. On our first day, he must have said “hello” 50 times: At the airport, the taxi stand, the hotel, in the elevator, in the shops, on the street, the vendors.

Everywhere we went, people said “hi” and wanted to know how we were doing. What I failed to tell Fabio was that just because people ask how you’re doing doesn’t mean they actually want an answer, let alone a detailed one.

Returning to our hotel room one day, he asked me, “Che vuol dire, ‘How’s it going?'”

“It’s another way of saying hello and asking you how you are,” I explained.

He looked perplexed. “Perchè? ” I asked him.

Apparently a man in the elevator had asked him, “How’s it goin’?” whereupon Fabio began recounting all our travel misadventures, including being snowed in by a New York blizzard. He couldn’t understand why the man looked perplexed.

One thing Fabio couldn’t get enough of were “free refills” at restaurants. He thought he’d hit the jackpot. One night we ate we dinner at the hotel deli restaurant and I noticed that Fabio had saved his cup. Later that evening, as we headed back downstairs, he was still carrying the cup. As we passed the deli, I lost track of him. When I turned around, there was Fabio at the soda machine, replenishing his Dr. Pepper (his favorite American drink).

I pulled him aside and let him down gently. “Free refills don’t mean a lifetime of free refills. It means free refills during one meal sitting.” He still managed to fill up the cup twice more.

The one thing he didn’t agree with (and I on some occasions I agreed) was the speed limit. In Hawaii, the limit dropped off drastically — the state wants to limit road racing and contain road rage, or so it says. In some place 25 mph was the max.

I laughed. At least he hadn’t brought the refill cup.