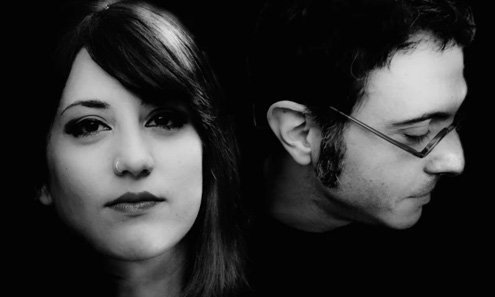 very year I keep a running tally of Italian artists, labels and albums I’ve had the good fortune to hear over the months. It makes things that much easier when it comes time to considering what I liked most.

And that’s just for starters.

Nothing, however, stood out quite like the collaboration between Donato Dozzy and Anna Caragnano on their album Sintetizzatrice (Spectrum Spools). Longtime readers of this column may recall Dozzy as half of Voices From the Lake, an ambient techno project in which he works with fellow producer Neel to showcase a keen ear for subtle melodic tweaks and fluid rhythmic shifts. The expansive nature of his solo material is in a similar, less refined vein.

But his collaboration with Caragnano is an ambitious step removed from both. Caragnano is an otherwise little-known Rome artist and this is their first collaboration. According to Dozzy, it was mentor, ex-Easy Going member and famed club DJ Paolo Micioni who set things in motion. Micioni apparently told Dozzy “something was missing in [his] career. It was time to deal with the voice.”

Dozzy took the comment to heart. The idea behind Sintetizzatrice is a series of sketches constructed entirely from Caragnano’s vocals. Dozzy lucked out with his source material – Caragnano has a remarkably rich, angelic sound with a wide range that can be manipulated and distorted practically any way. Micioni earns a credit for tape transfers, but it’s incidental. The warmth of the music is all Dozzy and Caragnano.

You know you’re in for something different from the moment “Introduzione” fades in on the chatter of Caragnano sentence fragments and phrases. The next track “Starcloud” is a great example of what a little reverb and delay can do to Caragnano’s voice. Dozzy pitches her voice up on a few layers to great effect on “Luci.” “Fraledune” is a whistle-led ambient piece suggestive of forest depths. “Parola” uses Caragnano’s voice for a beat that will delight fans desperate for a something more rhythmic than the weightless ambiance dominating the rest of the record. “Festa (A Mattola)” also has a beat, though it’s a little quicker, a little more willfully weird.

“Love Without Sound” is constructed on the title’s refrain as Caragnano’s voice winds its way in and out of the mix. The tone bears an evident debt to Björk, who also tried her hand at a vocal-only album with 2004’s Medulla. This, on the other hand, is more serene. Rather than trying to recreate his usual vibe with Caragnano as an accomplice (akin to how he treated Chris Madak’s Bee Mask source material in 2013), Dozzy works to inhabit the source material, pushing against the rigid confines of dance music expectations.

To be sure, technique factors heavily into the listening experience. Though the nine songs last less than half-an-hour, some ideas wear out their welcome. But like many voice-constructed recordings, Sintetizzatrice gets you thinking about the possibilities for the form. Some of the tracks are effective enough to last at least twice as long. Though they may only be sketches for something more, Donato Dozzy and Anna Caragnano have created one of the most compelling all-Italian listens of 2015.