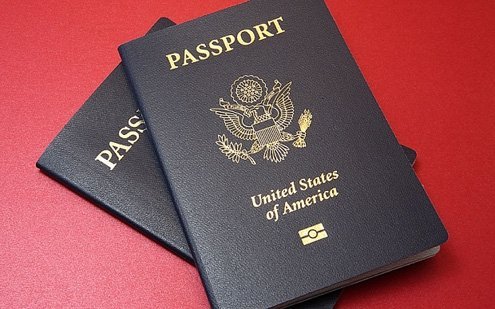 The end of the Vietnam War was especially ugly.
T

errorist dread has become a subtext of our daily lives. Horrendously outsized attacks ignite irrational fears that are mostly unconnected to any actual and immediate risk any of us might face.

Fear looms large, fanned by simplistic and irresponsible politicians who play to their constituents by peddling the idea that danger lurks around every corner, that today could be our last.

The reaction in the United States has been predictable: for many, buying another gun has become the option of choice. Weapon sales are soaring based on knee jerk belief that the good guys always win if armed with the latest semi-automatic handgun. For them, the hunting season on other humans is always open.

Yet the climate of insecurity is a fact. Even those of us able to maintain a rational perspective understandably consider what our options might be in the event of mayhem. If some minds turn to weapons, others see the task of protecting themselves and their families in a different light, including avenues of escape.

The approach differs by person and situation. Home security systems are boosted and homes get better lighting. Some people studiously avoid crowds and even study just how an evacuation works.

An American friend of mine who lives in Turin recently asked me if her Italian husband should get a U.S. passport for security reasons. Both wondered if that might make a difference in the event the U.S. government had to evacuate its citizens from Italy. Her question was blunt: “Would the U.S. evacuate a non-U.S. citizen spouse and/or children along with the U.S. citizen?”

I told her the answer was a definite “maybe.”

In an emergency, the first priority of the U.S. government is the safety of American citizens. The State Department is the first line of contact for Americans overseas. The extent of the assistance it provides in a crisis depends entirely on the gravity of the situation. Its mission is to keep the local U.S. community informed of the unfolding nature of a crisis and available travel options.

You should also not expect to be allowed to take relatives who are not U.S. citizens on U.S. government chartered or non-commercial transportation. The U.S. government can make exceptions for specific family situations, such as when a spouse is a permanent legal U.S. resident (“green card” holder). But consular personnel trained in crisis scenarios are specifically told to deny non-U.S. citizens transportation unless space is available.

Most evacuations are to the nearest safe location — rarely the U.S. — after which individuals need to make their own travel arrangements. That makes it essential to always have travel documentation in order, both for the safe destination and onwards.

Just as essential to know is that the government does not pay for evacuation costs. American law specifies that any departure assistance be provided on a reimbursable basis to the maximum extent practicable. Evacuees will be charged the equivalent of a full coach fare on a comparable mode of commercial transportation and are required to sign a form promising to repay the government. In some cases financial assistance is provided.

In light of this policy, getting a U.S. passport in the unlikely event of evacuation is definitely a good idea for any non-U.S. citizen who qualifies and who is contemplating a U.S. rescue. It has proven so historically, giving some of the persecuted a means of escape during World War II. It can also open up work opportunities and make security clearances easier.

Another consideration, depending on age, is that U.S. military service may later be required.

Of course, becoming a U.S. citizen to obtain a passport has its downside. American citizens are by definition subject to U.S. taxation, a subject I’ve dealt with time and again. There’s also the potential to become a terrorist target.

Any passport decision needs careful weighing. It’s a bet on the future with no fortuneteller at hand to help.