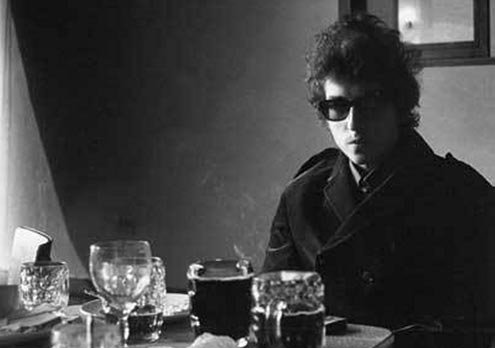 omewhere between the ages of 30 and 38 it happened: I became the wise older guy who bores people in their 20s with stories of how it used to be. Usually it starts off with, “When I lived in New York…”

“When I lived in New York…” those are powerful words, suggesting experiences well beyond the ken of those who’ve lived in lesser places. They’re a bit show-offy, slathered in the mystique that young people create for themselves when out on their own. I have an arsenal of horror stories, tall tales and amusing tidbits to garnish them with. And most of them are actually true.

Anyway, this mid-30s thing keeps gnawing at me. But it’s not just me. It’s also my friends, especially those who were there with me when we were young and hopeful and in high school. Wordsworth wrote apropos,

Poets in their youth begin in gladness

thereof in the end come despondency and madness.

Well, not everyone goes mad like poets, but most of us don’t quite fulfill the dreams we harvested as young adults. I remember a fellow skater telling me when we were 16, “If I’m not pro by the time I’m 18 I’m gonna kill myself.” The funny thing is that those two years stretching out before us felt like an eternity. Life beyond 18 was unthinkable.

Some of us didn’t make it much further than that, though. High school left a trail of destruction punctuated by the deaths of many in our crowd. Today we rehash these people’s stories on Facebook, trying to piece together the fragments of their brief lives. The past has taken on an unpredictable poignancy.

In 2010, for instance, I got word that my best friend from childhood had hanged himself in a Maryland prison. He’d been struggling with drug addiction and violent behavior since middle school, had been in and out of jail countless times, and finally decided his only way out was suicide. I hadn’t spoken to him in perhaps 20 years, but still found his death startling.

Another acquaintance from those years was found washed up on a Florida beach. The circumstances surrounding his death were obscure, but it would appear to have had something to do with Scientology, in which he was raised. None of us knew anything about it at the time.

There are others whose lives have been pockmarked by drug abuse and jail time. I have a mental list that keeps getting longer. There are success stories, too, but we never talk about them. It seems more relevant to inquire into what went wrong with our crowd. Were all American suburbs like ours? How did we escape the vortex that sucked our friends’ lives away?

When I was 20 I wanted to get as far away from all these people as possible. I did a disappearing act, managing to alienate just about everyone from my past and blend into the fine mesh of the New York City landscape like an innocuous Verizon telephone booth. Your 20s are about trying to become someone else, trying to perform impossible tricks of self-reinvention. (I wanted to be Bob Dylan.) Your 30s are about accepting your limits. (I worked in a bookshop.)

With the limits come unsavory admissions. I’ll never be an astronaut. I’ll never play shortstop for the Yankees (ok so I never wanted to anyway). I’ll never play CBGBs or have a painting in the MOMA or a book reviewed by Michiko Kakutani. The list, of course, is endless (and pointless).

The view from 38 is a retrospective of one’s early work. The critics, as usual, are merciless.

I recently read a novel — my first in months — Jennifer Egan’s 2010 “A Visit From the Goon Squad.” The book tracks the lives of a loosely-related group of people from the late 1970s to the imagined 2020s. Much of it takes place in a New York I recognize all too well: the streets, the tenements, the clubs. The drugs. It was like reading a story I’ve told a thousand times, brimming with excitement and danger and discovery. At times I felt like I’d written it myself.

The Goon Squad isn’t a punk band, though (I recall the book was promoted as being “about the music industry”) — it’s a metaphor for time. Time that, like Goya’s Saturn, swallows its children. It’s an apt metaphor for what I’m loath to refer to as “middle age.”

As the over-the-hill rock star Bosco, one of the book’s peripheral characters, puts it: “Time’s a goon, right? How did I go from being a rock star to being a fat fuck no one cares about?”

The thing is, no one knows how that happens. But it’s a terrifying realization.