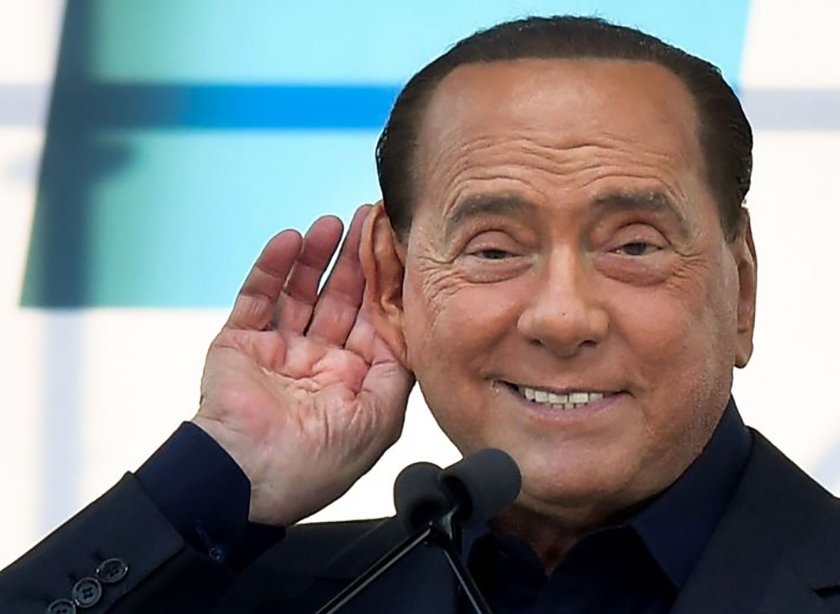 Berlusconi: A loud-mouth, yes, but good at making friends.
D

uring his successful 2016 run for the White House, and well into the early part of his presidency, Donald Trump was compared to Italy’s former Prime Minister Silvio Berlusconi so often the comparisons became a sort of journalistic genre. Commentators saw parallels between their media careers, their images as self-made men, and their womanizing.

In truth, however, the parallels had their limits. Berlusconi cultivated the nice, while Trump cultivated the nasty. Berlusconi had a stable of loyal (and competent) advisers and supporters. Trump indulged a revolving door of transactional figures whose loyalty he questioned relentlessly. Another difference has emerged in recent weeks. After losing power, Berlusconi and his court faded away, like guests departing a party, their laughter fading into the night. Since being ejected from the presidency, Trump, egged on by his followers, has kept the brawl going.

There are a number of reasons for the difference in the way the two men chose to exit, some of them psychological. Though Berlusconi was in and out of office half-a-dozen times, he never acquired Trump’s vindictive paranoia. To get attention, Berlusconi glad-handed and worked to make people like him. Though convinced Italian judges were gunning for him, he never placed blame on some wider conspiracy. Blaming “communists” for his misfortunes was about as far as he went.

Trump in turn grabs attention by fomenting antagonism. He sees conspiracies everywhere, and everyone but him is always to blame.

Unlike Trump, Berlusconi and his court faded away, like guests departing a party, their laughter fading into the night.

There are also political differences.

Italy is a parliamentary democracy. Voters put party preferences ahead of individuals. This means coalition-building and cooperation are essential strategies for any party seeking power. Trashing your enemy is an own-goal. The United States, with its two-party, winner-take-all democracy, has a built-in spoils system that makes elections both far more personal and confrontational. Burning enemies to the ground has less of a downside. Important cultural differences must also be factored in.

Despite a reputation for visible emotionalism, such as wild gesturing, Italians don’t like scenes or overt outrageousness. Maintaining the bella figura — or putting one’s best foot forward — imposes strict decorum on politicians and citizens alike. Italians revel in drama, so long as it’s staged; excessive displays embarrass them. Trump’s petulant bid for power and the televised meltdown of Trump’s attorney and former New York Mayor Rudolph Giuliani in a Pennsylvania court after the election would be too raw for Italy.

Culturally, Italy and America have different notions about what constitutes both masculinity and power. Since the 1980s, America’s idea of what male strength means has narrowed. A recent “New Yorker” feature titled “How to Spot a Military Impostor” noted an increase in false claims about military service and decorations. An interview with social psychologist Peter Glick on the website “Politico” portrayed an American male view of strength as both military and physical, with an affinity for stamina. Any crack in the male display of toughness, whether physical or emotional, is seen as weakness.

In current jargon, this is “hyper” or “toxic” masculinity.” Systematically applied, this is the kind of masculine ideal that glues “the patriarchy” together.

It is also a straitjacket that ends up forming a vicious circle. These narrow terms make male failure easy, which is then perceived as weak. The only cure for such weakness is a compensatory display of raw strength. And so it goes.

Italians revel in drama, so long as it’s staged; excessive displays embarrass them.

Such masculinity leaves no room for either aging or graceful exits. Power founded on the tough guy ethos does not age well. Giuliani, a tough Mafia fighter decades ago, doesn’t play well in his seventies.

Likewise, Trump’s hardball insults, which were punchy and even amusing in the 1980s, now make him sound like the uncle whose Thanksgiving tirades embarrass everyone at the table. Youthful physical vigor mocks those who try to hold onto it, as crazy hair colors and spray tans attest.

Although Italy is often described as a “macho” Mediterranean culture, Italian masculinity is more nuanced and complex than its American counterpart. There is no military side to it, since Italy has no glorious recent military legend to feed off of. Male aesthetic interests and standards are broader and more inclusive. Dressing carefully or caring about one’s home decoration are not seen as worryingly feminine. What Americans call “metrosexual,” Italians call normal.

In the land of Machiavelli, masculine power has other dimensions besides the physical or military.

This less intense emphasis on physical prowess and stamina also leaves room for appreciating their intellectual counterparts. In fact, the ultimate postwar figure in Italy was Giulio Andreotti, a five-time Christian Democratic Party prime minister (and author) who spent 50 years in the upper reaches of Italy’s political elite, the Catholic Church included. Long after his glory days, cartoonists still portrayed this diminutive, hunchbacked man as a master puppeteer, hovering over the political futures of younger men. Andreotti never once appeared as undignified or weak. Nor did he ever appear foolish by clinging to his better days.

As for Trump and Berlusconi, there is a final but crucial difference between their exit from power. Italy’s most powerful figure is not even male. Ask any Italian who really runs their country. They will say la mamma. She — the collective she — never leaves office. And no one will ever ask her to.