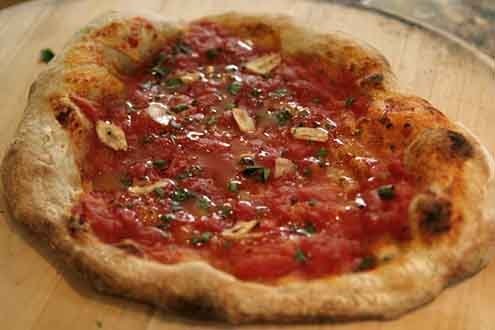 rowing up brings many responsibilities, including making money, paying taxes and (maybe) having children. One that never makes the list but can be just as weighty is choosing a restaurant for your friends when you’re all famished.

It’s a universal task few escape in their lifetime. Who hasn’t at some point hasn’t recommended a restaurant to friends, or just suggested the nearest one?

Maybe you think I’m overestimating the accountability that goes with the task. If so, allow me to paint you a picture so you can better understand the stress (and resulting trauma).

It’s 8:30 p.m. on a hot summer night and you’ve been walking around the city since lunch, now more than six hours ago. You skipped a mid-afternoon snack because you (and others) were banking on a big dinner, admirable enough when your dining future was clear.

But now it’s 8:30 and you’re acutely aware of why your ancestors advised you never to miss a chance to eat, and also why they were right to worry about when their next meal might be coming.

You’re walking around in circles feeling starved when the weakest link in your friend group announces (cue exasperation and begging) that they need a meal. “I have to eat. Someone pick a place!” It comes out like a whine.

You wonder silently if this is how the Apostles felt, burdened with the hungry souls of their followers. Regardless, as five pairs of eyes zero in, you realize that you’ve been selected to choose.

What you most dreaded has happened. The onus is on you. Ever heard of pressure? You’re the one who has to find someplace that suits six different people with different needs and likes. All are hungry and semi-destitute. Error is not an option.

You must first consider their food likes and restrictions. Restaurant A would be perfect — but wait, Jessica can’t eat gluten. Mentally, you settle on Bistro B, until you remember that William has been trying to trim his expenses. That leaves Gastropub C, which is in the area, is cheap, and has many options. What a find!

But wait: Is it cool enough? It’s obviously presentable, but do you really want your friends to assume this is your idea of a great restaurant vibe?

Excusing your choice is not an out because it’ll make you look pathetic —”Geez, she couldn’t even bother herself to think of a top notch restaurant for us.” They, of course, will never know how you mulled the choice for what seemed like hours, introducing endless variables.

At last, a little feistiness rears its head. You were just trying to help, you’ll tell them if they ask, and if they wanted a different place, they should have just chosen it themselves. With that you’ve steeled yourself against their criticism. You propose the place and, what luck, they agree.

And that’s it, that’s the end of my column. Hollywood ending. See you next month.

Aha! That’s what you thought, right? If so, you were sadly mistaken. The instant your friends set foot in the establishment, you become personally responsible for all its flaws (and perks, though those aren’t remarked on as frequently).

Is the service slow? It’s your fault. Is the food boring? Your bad choice. Is the music too loud? You should have known. Are the fairy lights tacky? How could you?

But let’s be reasonable. This isn’t the first time your friends’ have put on passive aggressive displays. They’re making you feel disappointment by directing it at the restaurant. They’ll disguise it with comments like, “Oh, okay. I just thought that you guys were more accommodating towards gluten-challenged people. But that’s fine. I’ll break my moral code and have the pizza. Thank you.” Or they’ll pose the server questions like, “So you’re saying you can’t make the tiramisù you’re famous for and that I was mislead into thinking you’d serve tonight?”

The only consolation is that dinners do end. But wait, you’re wrong again. You’ve forgotten that this particular dinner will plague you for the rest of time. At Christmas, Teddy will make a crack about “that time you took us to that restaurant that wouldn’t serve us tiramisu! Wasn’t that so funny?!”

Funny? Does Teddy think it’s funny? No. It’s a bitterly divisive wedge that will stay with the two of you forever. As will the glances Jessica throws you whenever she’s reminded that she actually hasn’t been gluten free for a decade — she was stuck having to eat a marinara pizza in October.

So, you’ve ruined a dinner and your life. Is there any consolation? Well, yes. You get to do the same to everyone else when it’s their turn to choose.