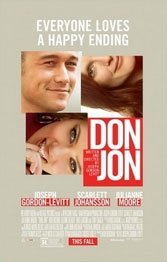 Jon is a sexy beast who’s also an intimacy virgin — which Esther changes. “It’s a two-way thing,” he says of her, “and I fucking love it.” He also clearly loved writing and making this film, just as everyone involved — the campy Johansson and the goofy Moore in the forefront — give it timeless charm.