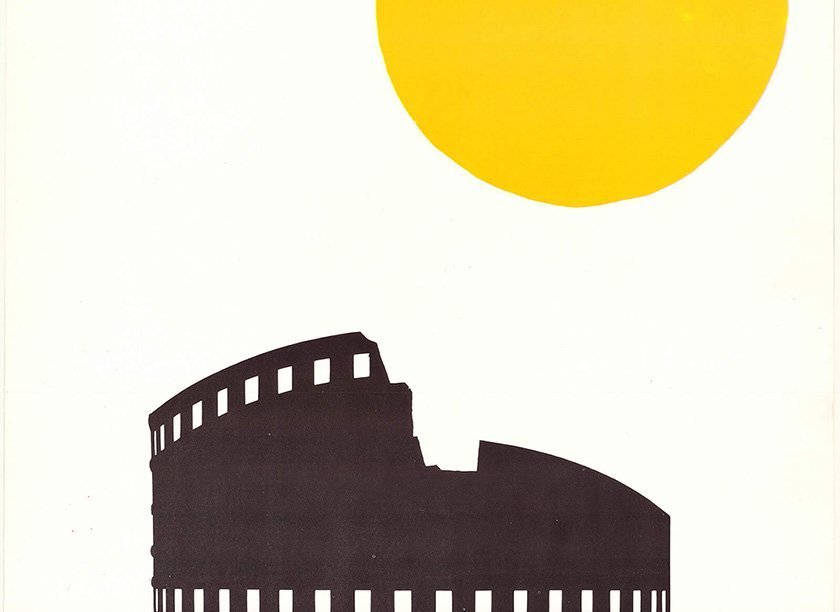 hese are the dog days of Rome’s traditionally scalding summers. It is hotter than July because it’s one step further into purgatory than that preamble month. Dogs are few, cars fewer, and humans, though present, seem more like yammering offspring or their various communication devices. This is the time of year in which a word normally used to describe political systems or invasive bureaucracies comes to mind: oppressive.

There is of course absolutely nothing new in any of this. Summer is a hot time in the southern Mediterranean.

What is different, ironically, is another kind of climate. For decades Rome tried hard to give its bored citizens something to do between July and the so-called reentry of late August and early September.

Instead of condemning those condemned to stay in the city, namely those who simply couldn’t afford lengthy vacations, in 1977 it came up with the Estate Romana program, a “Summer in Rome” festival intended (albeit chaotically at times) to promote all facets of artistic culture, with exhibitions, concerts, outdoor music festivals, and, in the shadow of Roman ruins, the screening of classic movies so people could get out and about in the evening after the worst of the heat had abated.

For two summers now, that little sliver of relief has been on hold, forestalled by a virus and replaced by people with and without masks, more or less eager to go home and not go back out again, unless maybe to sit at their local coffee bars that have at least thankfully been reopened.

Rome cabs were once free birds, driver and passenger cramped in such a way as to make conversation easy.

Tourism has, needless to say, been devastated and the overall morale of the city, already addled by too many people without steady work, has dipped to new lows.

Even this isn’t exactly new since for Romans lowness is a kind of badge of honor, license to gripe. The public clocks mounted atop sleek pylons some fifty years ago broke down soon after their heralded inauguration and most were never repaired. The urban jungle is not only eternal but quaintly outside time.

But what two summers of virus alarmism has done is to all but end any expectation of culture as a feature of social life not only in summer but at all times.

What was the bulwark of cultural life, the gathering, though no longer as off limits as it was, no longer extends the same appeal, and city authorities are in no mood financially or virologically to reinstate this once-essential togetherness. In a word, crowds gather to shop, because shopping is a vital assertion of spending power and ego, but don’t have much interest in sitting side-by-side outdoors to watch a Federico Fellini retrospective. More to the point, there are no such retrospectives to attend, at least not in tradition of the Estate Romana.

On the plus side, my cab driver, who hauled to and from my virus booster shot, did have good news: apparently earth would not be destroyed by an asteroid for at least two hundred years. This he heard on the radio and told me, since it was NASA that issued this reassurance, and knowing I was American he felt he had to pass it on. “I guess we’re stuck with living, or someone will be.”

Rome cabs were once free birds, driver and passenger cramped in such a way as to make conversation easy. No more. Now there are barriers and of course the drivers wear masks, their “world is saved” announcements muffled. The great new invention of air conditioning in cabs has been, how else to put it, oppressed, or perhaps suppressed. The barrier keeps the cool on the driver’s side of the world leaving passengers to roast in or revel in (some like Saharan heat) the unending August inferno.

As a man who is largely blind, aware not of faces but blobs, there’s much time for thinking. Vision’s absence pushes the mind into overdrive.

Masks are no longer masks but announcement of adherence to the anti-viral creed.

And that overdrive worries about the future of collective culture, and not only in Rome. All say this is a phase, that the virus will pass and all return to Fellini. I’m not so sure. Masks are no longer masks but announcement of adherence to the anti-viral creed, which in some ways isn’t very different than other kinds of social “obeying” that over time and because of fear and inertia, lapse into rules of thumb. Why the go to see Fellini (or opera) in the ruins when you can watch the movie with a friend on a phone, or at home. And why meet if you can Zoom? Why take the “risk,” even after vaccinations are a fait acompli, of going to the movies, and why become an avid tourist again when, as is and will be the case for years, the virus is on the mind of mass media and social media, both taking the asteroid-hit approach.

Soon this will matter little to me as I will fade literally to black, the Darth Vader mouth and nose protection no longer amusing me or being the cause of musing in me, as it is now. There were more than eight billion human creatures on the planet before the virus stuck. There are still more than 8 billion. That figure is, by the way, growing daily. All in all, the virus never stood a chance.

The asteroid did. A big one could borrow from Lars von Trier’s plot in “Melancholia” and obliterate earth. “Melancholia” got nowhere at the box office and now it seems the real asteroid is off, for now, leaving the many of us to contemplate the implications of dog days all year round.