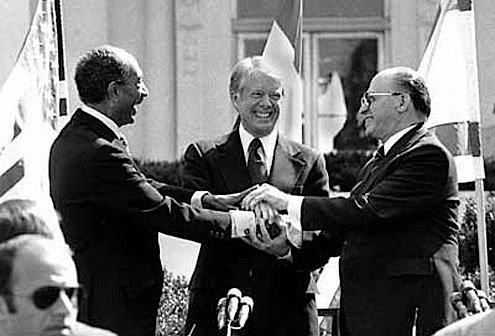 That was then, but who's taking chances now?
P

resident Vladimir Putin recently indicated how the so-called war on terrorism can snack on its makers, or devour them. In the wake of the Beslan terrorist attack Putin announced plans to appoint regional governors in areas potentially influenced by Chechen (and Muslim) ideas, sweeping away elections. He also spoke of reintroducing the death penalty, creating an American-style color-coded alert system and monitoring foreigners, a disquieting sign in xenophobic Russia. Borrowing from Bush Doctrine language, which in turn borrows from 19th century imperial dicta, he announced Russia would launch pre-emptive strikes on terrorist bases anywhere it finds them.

Putin’s proto-Fascist salvos, like those of George W. Bush three years ago, follow heavy loss of life among civilians. They are the outgrowth of a generation that has come to defer to the word “security,” as a previous one did to the words “empire,” “progress” or “new,” and disrupted normalcy borrows calamities from a bleak future.

In the United States, antidotes to this insistence on collective vulnerability have already produced the Patriot Act, which subjugates civil rights to a state-sponsored “safety-for-all project,” a kind of terrorist era New Deal fostered by legal and government officials convinced the world is divided between the good and the evil.

In this evolving but simplified panorama, all is ominous, doubt is central, and harm’s way is everywhere present, since “they” wish death, we life. Duty, Americans are told by their politicians, demands such simplification.

The erosion of evolved democracy begins when a passive population wishes bad things would cease to occur and chooses to bargain wholesale compliance in exchange for a perception of relief. It is a hurt crowd’s infant reflex. In Russia, far newer to democracy’s erratic guidelines, the bargains under the guise of decency are far harder: Cruel will be met by cruel, said Putin, in language made palatable for finicky allies.

Underlying restraint in both America and Russia is a simmering “kill-the-bastards” rage, so far battened down by a system of values that, to survive its own propaganda, must think itself a byproduct of a high road. Whether such a high road exists is dubious; the higher of the low roads is more apt.

For decades, ideological terrorism (communist and anarchist) based success on whether dramatic acts could produce extreme reactions in stable states. If, by killing a king or a statesman, terrorists could engender repressive legislation, it was triumph of the first order. The harsh legislation, it was assumed, would in turn lead to public dissatisfaction, revolt, and finally revolution.

Efforts at the beginning and end of the 20th century to force this chain reaction mostly failed, less because of the resilience of the state than because its managers were persuaded that the terrorists were few in number and a social product of the very structure they wished to destroy. This was ethnically reassuring. They were terrorists, yes, but they were our terrorists.

Now they are not. They are alien and heathen-speaking, brown and obtuse, bearded and barking. Their actions breach previously hallowed norms. Accordingly, the breadth and width of the state response to their threats and deed has been expanded from reaction to redress.

War, say generals, mandates harshness. Military rigor, and militarism, should be celebrated, say civilian leaders, time and again indicating atrocities committed and considered. Yet the least critical institution in a democracy, and the one most likely to rationalize conflict, is its military. When civilian leaders and military commanders speak of a 100-years-war on terrorism, in effect laying the groundwork for a conventional and unconventional war to last a human lifetime, there is reason to think war becomes its own wholesale justification, dismissive of alternatives to its essence.

When war is the only solution, few know to think not to fight, or to consider alternatives to the single-mindedness of conflict. A brokering spirit, under such circumstances, is labeled subversive, a sell-out. History’s choosing of its redeemer, the United States, obliterates compromise, and history has proved that an imprudent tack in international affairs.

Moreover, though few admit it (the doctrinal fight remains pure), the cost of drumbeat democracy, heavy on patriotic exclusion, unravels a sense of the critical, of skepticism. Wisconsin’s Senator Joe McCarthy, who saw communism scarecrows everywhere, flourished in a 1950s America that (to its enduring discredit) subdued dissent to honor patriotism.

Ironically, the price of mining freedom and democracy from the chaos of the Middle and Near East, bastions of secular tyranny for decades, may erode the values intended for export. The United States is at great risk of spreading a “dumbed-down” version of its ideals because only that gross version, heavy on security, coded alerts, and pre-emptive warnings, any longer possesses credibility to the exporters.

Yes, of course, terrorists are to blame. They started it. America is merely responding, cleaning up, fixing, compelled by destiny to embroider a better world. World War IV, the conservative Jewish writer Norman Podhoretz calls it, suggesting the Cold War represented World War III (“…Are [we] ready and willing to accept and act upon the responsibilities of moral and political leadership that history has yet again so squarely placed upon our shoulders…?”)

But even the best-laid plans play tricks.

Easily, effortlessly, a state and its laws can evolve into a response to that which it combats, seeing only enemies and connivance and reacting accordingly. It can build reactionary tenets into its democracy calling by them a more secure name. It can temptingly excuse policing exaggeration into a wish to protect and defend.

And, for a time, it can seem to represent what a citizenry wants: until that citizenry grows silent, moping through the day-to-day, and realizes optimism and idealism (portrayed as central to the great fight) have been gradually jettisoned. Which is when decline sets in.