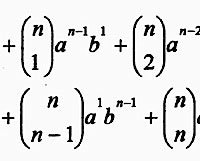 To hypothesize, cats are like the newly single person: independent, self-sufficient, slightly bitchy, hard to get to know, and attention-getters.
C

ats = ex-boyfriends; dogs = boyfriends… This is what my friend wrote to me in response to two simple questions, “How’s the new apartment? How’s your kitty?”

My friend has recently moved out of Rome and filed her boyfriend on the inactive list.

According to her, cats represent the single life. To hypothesize, cats are like the newly single person: independent, self-sufficient, slightly bitchy, hard to get to know, and attention-getters.

By contrast, dogs embody the idea of relationships: happy-go-lucky, faithful to whoever feeds them, stable and slightly needy.

Image 1: Girl sitting at home, painting nails, eating cookies with a pile of DVDs and her cat.

Image 2: Laughing blond couple, with hands in each other’s back pockets, strolling through the park with a bandana-wearing Golden Retriever. Everyone waves at them.

Could thisbe true? Does having a dog make you “relationship positive”? Does

having a cat mean a lengthy single life?

I decided to approach these questions via my eighth grade Algebra II class, and arrived at the following solution: relationship status is not always pet-specific.

When I told my friend Brian that I wanted to adopt a dog, he warned me not to become a “crazy dog lady” who spends all her money on gourmet dog biscuits instead of designer clothes and sexy lingerie. I assured him that my penchant for shoes and frills is slightly stronger than any yen for all-natural, low-cal, high-fiber, teeth-cleaning dog food. He confirmed that yes, I would still be cute, as long as I only had one dog. And emphasized that he, and his fellow men, would not feel this way if I had two or more animals.

We’ve all heard it before: “I would never date anyone that doesn’t like my dog.” A generalization that can limit your dating spectrum, yet it is an absolute. Can you truly like someone who won’t even pet your pooch or shrieks when your kitten sashays across the room?

This theorem upholds when your pet blatantly dislikes a potential suitor. Once, when kissing a former beau for the first time, Bella pooed on his suede Dolce & Gabbana sneaker shoe. “Hold on while I clean the crap off your foot,” words that became a figurative constant in our relationship.

Exception: If a potential suitor really doesn’t like cats, it doesn’t matter as long as the space is big enough.

The fantasy relationship for a pet owner (or nightmare for an anal-retentive ex-boyfriend) is one in which the couple and pet travel together, eat together, and sleep together — lovingly.

Pets are deal-makers, and breakers. If she/he really likes your pet — dog, cat, ferret, snake — you will really like him/her.

Variable: I have one friend who felt that “pet” meant independent variable which, when changed, would increase the outcome of their blossoming relationship. After a few months living together in Brooklyn, she exported her boyfriend’s dog to a larger backyard, near Chicago. Her cat moved in shortly thereafter, and all three have been together for nine years.

Basic mathematics that deserve a mention. You are asked out on date and hesitate because your dog needs walking, the kitty needs to be fed, you want to practice memory with your goldfish, or your snake is ready to molt and you want to watch it live. You have no desire to be entertained by humankind, and find that your pet has all the qualities you want in a significant other: fidelity, stability, affection, unconditional love, and cuteness. You are considering adopting two or three more animals. Bravo: You have canceled out all possibilities and thus your relationship yield is nil.

Or as Brian would say, “Crazy Dog Lady.”