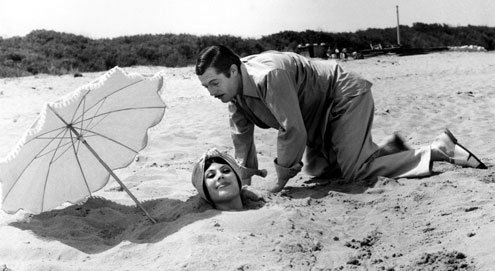 hose who have met me know I can and will talk about anything — loudly, too much and in public.

The trait finally earned me a speaking engagement at a book presentation for Renzo Armani’s witty and ironic “Coppie in bilico.” Armani, who survived an unpleasant divorce, is an acquired cousin’s compagno.

I usually dislike book presentations, but when the subject is relationships I’m all in. This was also the first Italian book launch where the presenters didn’t talk more or “know” more than the author. For once I didn’t have to resist the urge to grab a microphone and show everyone the pleasures of Anglo-Saxon conciseness.

At the same time I squirmed in uncomfortable guilt as panelists discussed the importance of singles clubs. After my own separation, I considered no subterfuge too vile to avoid my well-meaning cousin’s invitations to join one of these clubs.

She and Renzo insisted I needed a new, supportive network. But a club that offered me the worst of group therapy and a singles bar — for the middle-aged no less — was not for me. In fact, as the panelists discussed them, I congratulated myself on a rich and busy post-marriage life built without any public soul-baring or desperation.

After the presentation, Renzo greeted me warmly. I was just what he was looking for, he said. I was attractive, intelligent, could speak in public, and had survived a divorce. Would I be disponibile to present his book at an upcoming event?

He hardly needed to waste time on the flattering preamble. I saw myself already, microphone in hand, hitting back after listening to two-decades of book-presentation blowhards.

Renzo’s invitation also gave me another long-sought opportunity: to discuss divorce in Italy in this column. So far, I’ve studiously avoided a subject that might be construed as bitterness. I don’t do bitter.

But when I come across starry-eyed spouses-to-be with Italian marriage plans, I suffer the pre-nuptial agreement dilemma. Though I hate to kill romance and hope, I feel duty bound to offer practical advice that might soften future failure.

Premise: I am not qualified to offer legal advice! But as wedding season approaches, consider the following (and talk to a real lawyer):

While Italian divorce law overwhelmingly favors the mother in custody battles (Renzo’s biggest complaint), it punishes them financially. For example, there is no compensation for contributing to a husband’s career.

Community property? Forget it. Italian divorce law does not entitle you to half the assets accumulated during a marriage.

Getting married somewhere that could give you a better divorce deal won’t help either. General practice is that a divorce is governed by the law of the land where the couple has lived for most of their marriage. In the academic-legal branch of law that studies resolutions to establish conficts between national laws, the majority of test cases come from family law: divorce, marriage and adoption. It’s a minefield.

Another thing to remember. If it all goes bad, you can’t pack up and go home to mother. At least not with children. They must have written permission from the non-custodial parent to leave Italy or obtain a passport. Remember also that however unpleasant you may find your ex or your in-laws; they are your children’s parent and nonni. Even with a spouse’s permission, depriving children of their extended family is risky and even unfair. Italy is your children’s home. With good neighborhood public schools, free health care and good diet, it’s not a bad one.

A final consideration: Italian law does not recognize prenuptial agreements.

Notwithstanding the obvious legal disadvantages for non-Italian spouses, Americans may have psychological advantages. We easily create social networks wider than our immediate family; we also prize mobility and reinvention and can find opportunity in adversity. Blended families are almost normal for us.

As soon as I had accepted the invitation, I organized these themes into a form suitable for a book presentation. I didn’t really think about the details — time, date or place.

But today’s call from my acquired cousin solved that. She called to tell me the venue would be a … singles club.

I won’t sink to subterfuge this time. I’ll go. And I’ll show them how an Anglo-Saxon can do it. Even one who talks too much.