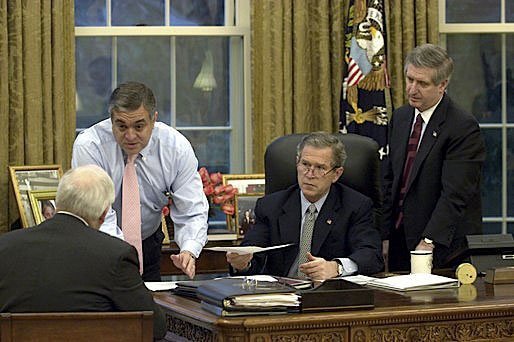 oday, my attention turns to an online column by Corriere Della Sera editor Stefano Folli. What’s most striking isn’t Folli’s insight (he’s writing about the Italian government) but that “key” words and phrases are irritatingly highlighted. Not hyperlinked, highlighted.

It’s as if the newspaper’s editors don’t trust readers to make an effort. It speaks to them like bums slumming through trash, directing them to morsels of food.

I notice another highlighted word: Impotenza.

If postwar modernism was about focus (A-bombs, moon landings) post-millennium modernism is a paradigm of approximation and distraction.

Numbers are easily manipulated to connive conclusions and convert the wary, but that’s not my intent.

Modern life is tedious, complex, and overwrought with data. So where’s the shame (says this American government) in transforming assumptions into the actual? Isn’t it more satisfying to believe accuracy corresponds to a sense of what intelligence should be, not what it is?

The rationale for its invasion centered on highlighted words and phrases: tyrant, WMD, threat to global security, Axis of Evil.

The Bush Administration was uninterested in the evidently tenuous links between Al Qaeda and Saddam Hussein. It ignored the dissipation of his influence and weapons program. It chose, moth to flame, to rout the routable. Distraction’s inner logic heaps nobility on the mere act of doing and siphons legitimacy from celebrity of the victim.

When the ouster of the Taliban in Afghanistan proved insufficient to satisfy those who traditionally associate one man’s success with another’s failure, the cause against Saddam was highlighted, mostly in shorthand, and an objective display of force followed.

Much is made of the CIA’s intelligence shortcomings regarding Iraq, for which George Tenet has paid, and yet there’s little doubt Saddam’s steadfastly infuriating gall in the period after September 2001 ensured his ouster. Eliminating him was impulse strategy larded with speed-reading assumptions made to reverberate with good. It was a triumph of distracted revenge, requiring neither proof nor intelligence.

And if intelligence is irony when you’ve made up your mind – “Don’t confuse me with the facts,” goes a yellow-journalism bromide – faith is a ferocious approximation of motive.

In December, a Gallup Poll found that 61 percent of Americans believed “religion can answer all or most of today’s problems.” To wit, only religious texts improved sales in 2003 over the previous year.

Scripture, bossy and sure, has an audience; literary fiction, interpretative and often difficult to highlight, does not. History, with the exception of Bill Clinton’s autobiography (a pop idol tome), furnishes few best-sellers.

The shortcomings of an abridged, CliffsNotes view of the world is that it’s unreal. Secular states are portrayed as religious. Terrorists are rogue catastrophists without cause. Balance-of-power tyrants, cruel brokers in an amoral world, are eligible for purging in an “us” vs. “them” contest presided over by selectively strident god. Context is made irrelevant, assailed as intellectual (read European) and time-wasting. Policy is based on public bold-phrasing to accommodate shortened attention spans.

The tendency toward approximation stimulates an anti-intelligence culture that encourages the making of strategy in response to personal predilection and visceral response – the Senate called it “group think,” though group distraction is more apt.

Politically, this may seem unimportant: A president is entitled to his own priorities. But at a more deliberate level there’s something troubling at work. Justifying wars through highlighted words and the systematic abridging of actual events simplifies global complications to excuse an adolescent clarity of purpose.

What is not clear is whether the teenager dwells only in the White House, or if the adolescence is national. That answer, or part of it, will come in November.