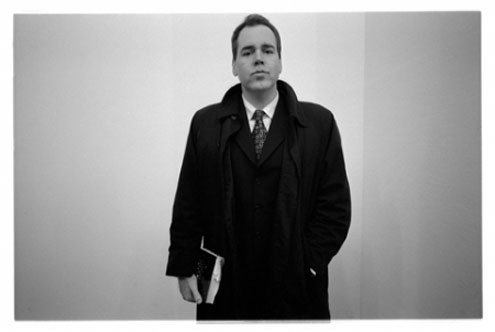 “Less Than Zero” joined a deeply-rooted American genre: alienated youth. Way before Hemingway popularized the “The Lost Generation” nametag, Huck Finn judged and abandoned his home territory: “I been there before.” Our culture of “opportunity” seems to breed wildly disassociated young people.

In “Less,” 18-year-old Clay narrates Hollywood Hills teen stories, of wealthy destitution. He and his group went to elementary and high school together, and still hang out, within Movie Land’s sex and drugs microcosm. In other hands, the raw material of their lives could’ve been a poor-little-rich-kids whiner. BEE’s stark prose is gritty and grim. Clay’s voice-over effects documentary realism, busting the facades of Hollywood mansion sets. He reveals parents “so hungry they eat their own children.” And teens in endless relays of sex, drugs, and alcohol. No anesthetic totally quenches the pain of their anti-lives.

But drug/alcohol flights do help them forget exactly what they did last night, or last week. Artful author use of their relative amnesia disinculpates. Some pretty ugly episodes are alluded to in this book. However, Clay and friends (our only info sources) have fuzzed memories.

Usually, deadened characters risk becoming deadly bores. But their youthful vulnerability here, and the author’s rapid, spare prose nails a reader to the page. After four freshman months in a New Hampshire college Clay returns to L.A. for a long Christmas vacation. Sometime lover Blair and her convertible meet him at the airport. Her first words: “People are afraid to merge on freeways in Los Angeles.”

Could be motto for Clay & Co. They are all tall, thin, blonde, tanned, good-looking whatever sex. So self-fixated they might be in coma. We don’t learn their surnames.

It’s Xmas, the kids home. Hollywood producer, actor, actress, or director parents are apparently locked behind bedroom doors. With the newest lay? Or just stupor drunk? Or coked-out? Or not behind those doors at all? Clay & Co. learn their moms and dads are in Hawaii, London, or the Antibes, by reading People, The Inquirer, Hollywood News, and Variety.

Julian is. He has huge debt. Even to friend Clay. His ass-pimp arranges $ sessions with fat-wallet businessmen. Julian’s latest “date” promises big money. He wants one babe boy for action, another to watch. If Julian cashes in, Clay can get his money back. So Clay watches.

At Clay’s place, Alana sleeps-off an abortion. Whose child? Who knows? Waking, she makes a noise: “I think we’ve all lost some sort of feeling.”

But not fear. A sense of dread percolates through the L.A. Canyons and Hills. Coyotes howl in dark nights. Fierce hot winds uproot tall palm trees. And propel cars down empty asphalt freeways. Someone reports seeing a werewolf. After torrential rains, houses begin to slide down the hills.

Driving Sunset Blvd. after a chance and already vaguely-recalled homo night, Clay sees a billboard he never noticed before. It only says: “Disappear Here.”

In this vacant present, his mind drifts. He recalls long family visits at the grandparents’ Palm Springs place. Heat sucked breath from your body. But memories are of people practically talking to each other. They never actually do.

He revisits his old elementary school, watches youngsters in its playground. Once he sees a student from his own first grade class standing at the school fence. His fingers gripping the steel wire.

Clay figures that, if he can just keep coked-up, his return home will stay so blurred it’ll be as close to painless as he can hope to manage.

Anyone remember William Faulkner on an earlier lost-kids book, J.D. Salinger’s “Catcher in the Rye,” narrated by young Holden Caulfield? Try Faulkner’s verdict on Holden for “Less Than Zero,” and its narrator: “To me, his tragedy…was that when he attempted to enter the human race, there was no human race there.”

What’s amazing is that Clay & Co. survived for a sequel. “Imperial Bedrooms” coming up.