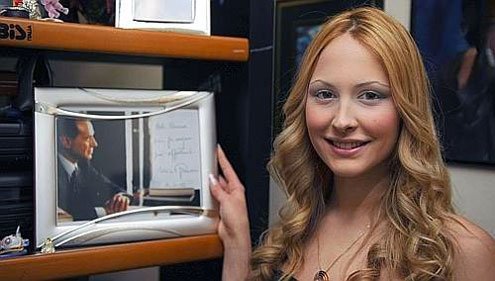 hat could be more interesting to the foreign and Italian press than photos of an aroused former Czech politician? Or naughty tapes and party photos of a ruling prime minister of a G8 country?

Certainly not the recent conviction of British lawyer David Mills for giving false evidence on behalf of Prime Minister Silvio Berlusconi in separate corruption trials, a ruling that was largely glossed over.

And absolutely not the far more serious offense underlying the sex scandals that have dogged Berlusconi all summer: self-righteously taking advantage of the patronage-oriented system he once promised to dismantle.

To better understand the bigger picture, let’s look at the scandals’ facts.

The first bit of salaciousness was Berlusconi’s April presence at the 18th birthday party in Naples of Noemi Letizia, a girl who calls him “papi.”

The second incident concerned women and parties at Berlusconi’s private homes in Sardinia and Rome. Whether you call them escorts, hostesses or something else, the women were hired and paid by Giampaolo Tarantini, the 34-year-old partner in a medical technology equipment company in Bari in southern Italy.

Tarantini is the subject of a judicial investigation into corruption in the Bari public hospital system dating from 2003. One of these women, Patrizia D’Addario, spent U.S. election night at Berlusconi’s Rome apartment (Berlusconi interrupted festivities to call and congratulate Obama) and made tapes of the parties. She handed these to investigators when she decided to testify in the Bari corruption investigation. D’Addario says she went to the judges after Berlusconi reneged on a promise made during her Rome visit to speed up D’Addario’s stalled request for a building permit.

Behind the sex in the D’Addario/Tarantini story lie hopeless bureaucracy and unwholesome business and political ties; two things that Berlusconi was going to get rid of when he came to power back in 1994.

Back then, he had the means—and the will, he claimed—to improve what all agreed consistently kept Italy from realizing its full potential: its unwieldy bureaucracy and inefficient public administration, its corruption and its unwholesome business and political alliances.

Back then, Berlusconi enjoyed a unique opportunity to dismantle these. The fall of the Berlin Wall, followed in 1992 by a series of corruption scandals known as Tangentopoli (started when a disgruntled woman went to a judge — when will these guys learn?). The Tangentopoli scandals had almost swept away Italy’s post-war political and economic order, which was essentially a wildly mutant spoils system nurtured by fear of communism and heavily politicized state-owned monopolies.

Back then, Berlusconi promoted himself as a self-made man from outside the system; a new broom bringing a businessman’s practicality and directness to politics. Italians of all kinds believed that his wealth would obviate the temptations of corruption. They believed his free-market views would bring competition and transparency. So convinced were voters, that intelligent and right-thinking ones suppressed their qualms about how a rogue Masonic lodge, cozy ties to Socialist Prime Minister Bettino Craxi and untraceable funds had contributed to his real estate and broadcasting fortune. (Does Tarantini make Berlusconi misty-eyed with nostalgia? Just another young entrepreneur, trying to get ahead by cultivating a prime minister?)

More eloquently and publicly than his numerous legal tangles and self-interested legislative priorities, the D’Addario/Tarantini story prove how thoroughly Berlusconi has both squandered his unique opportunity and manipulated what he could have dismantled. Bureaucracy is as hopeless as ever. Relations between business and politics are as opaque, unfair and uncompetitive as always. Access and efficiency are still about milking connections and working the system.

As Piero Ostellino the distinguished Corriere della Sera columnist says, Berlusconi seems to consider his vices the rewards for successfully working the system; Italians seem inclined to let him enjoy them.

This is what the photos at Noemi Letizia’s party are all about. Berlusconi’s glass is raised not to a girl but to working the system: “Look at me! I’ve got power! I’ve got a 70 percent approval rating! I can do anything!”

It is tempting for both Italians and non- to laugh it all off as a delightful, childlike Italian quirk, as traditional as the popes and as colorful as the art. But laughter trivializes the real and long-term damage done by perpetuating Italy’s system of patronage.

As Roger Abravanel of McKinsey pointed out in “Meritocrazia,” his 2008 book on Italy’s social and economic stagnation, widespread Italian tolerance and fatalism about the system has real, measurable consequences. Italy has the OECD’s lowest rating on two measures of a just and productive society; social mobility and income distribution. When photos of scantily-clad girls prove once again that schmoozing and favors rather than solid achievement are the source of political and economic power, then no one bothers to achieve.

This distorts democracy. It discourages competition and innovation. It encourages brain drain and capital flight, neither of which Italy’s slow-growing economy and aging population can afford.

Berlusconi and his allies say focusing on sex is distracting. And right they are. But the sex does not distract from governing or from fighting for the worthy reforms lead by his ministers of finance, education and public administration.

No, the sex distracts attention from Berlusconi’s worst offense; getting away with it.