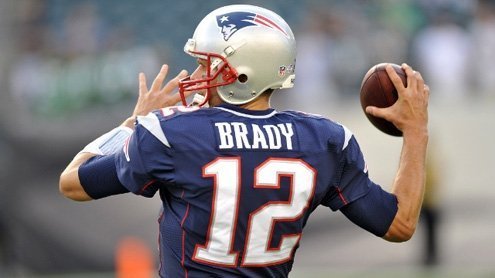 Tom Brady: Did he or did he not tamper with the ball, and if so what does it mean in moral terms?
&

#8220;Two things fill the mind with … awe … the starry heavens above me and the moral law within me.” • Immanuel Kant, “Critique of Practical Reason”

Motive is an impulse that incites action. Why someone acts in a particular way in any given circumstance may be difficult to judge, as many situations are complex and multilayered. But if we understand motive we may be drawn instinctively to understand the truth behind why someone behaved in a certain way, and thus can decide if such behavior is “moral.”

Tom Brady, the New England Patriots Super Bowl winning quarterback, has been found by a National Football League sponsored investigation to probably have known that footballs used by his team in the AFC Championship game on Jan. 18, 2015 were deflated below the minimum allowed by league rules.

That he ordered air be taken out of the game balls has not been proven. He’s denied the charges, calling them “ridiculous” and he has not cooperated with the investigation, refusing to hand over personal emails, text messages or other electronic communications. His stated reason for not cooperating is that to do so would set a bad precedent for other players.

Brady’s claim of innocence has fallen on the deaf ears of league Commissioner Roger Goodell. Proof of innocence is hard to come by, just look at the character John Proctor in Arthur Miller’s play “The Crucible” or former murder suspect Amanda Knox. “For conduct detrimental to the integrity of the NFL,” Goodell summarily suspended Brady for the first four games of next season. Brady has appealed and that action is pending.

Goodell does not come to this with clean hands. As Washington Post columnist Sally Jenkins recently observed, Goodell has a reputation of selective enforcement of the rules, and has had previous player suspensions judicially overturned. Some see him as an arbitrary and inconsistent figure. According to Jenkins, by harshly penalizing Brady he may be looking to re-establish his power base.

The pressure level in a football could well be much ado about nothing. But now Brady’s integrity and what’s left of Goodell’s are both the line. And integrity is critical — for Brady, it’s about his legacy; for Goodell, it’s about his job. The winner in this tussle is likely to be decided based on their motives.

In his book “Groundwork for the Metaphysics of Morals,” published in 1785, Prussian philosopher Immanuel Kant posited a link between freedom, reason and morality. For him what mattered was person’s motive when they act.

Kant asserted that what gives humans their special dignity and differentiated them from objects and other species was their unique capacity to act autonomously.

By autonomous he did not mean maximizing happiness — as in, say, choosing strawberry over vanilla, because such a choice would respond to desire. Nor did it mean following external religious dogma, or acting in a particular way to bring about a specific outcome, for that would be little more than calculation.

Instead, Kant believed that humans could make their reason sovereign over seeking pleasure and avoiding pain. That is, they could autonomously act according to a law they gave themselves.

When President Bill Clinton said he “did not have sexual relations with that woman, Ms. Lewinsky,” in his mind what he did with her did not amount to sexual relations, in the dictionary sense.

Was Clinton acting morally? According to Kant, the moral worth of an action consists not in the consequences that flow from it, but in the intention from which the action stems. If the motive of an action is for self-interest only, to satisfy any want or desire, it is morally worthless.

To have moral worth, a motive must unconditionally, and in every circumstance, treat persons with respect, regardless of ends. The reason, Kant states unequivocally, is that all of us have dignity. That is why the truth, as a moral law, matters.

The AFC Championship game was played before 68,756 spectators and millions of viewers around the world. By winning that game Brady tied the records for Super Bowl victories by a starting quarterback (four) and for being named its most valuable player (three).

With such a history behind him you’d have to wonder what motive he’d have for intentionally subverting the rules by deflating footballs. To do so would show disrespect for his legacy, himself and his fans. Goodell has a different kind of history and has been a controversial commissioner.

The past is filled with those who would lie or otherwise act in calculated ways, disrespecting the public as a result. The Brady-Goodell saga may ultimately hinge on moral law, and on dignity, and which of the two figures better and more honestly respects the values that Kant was getting at.

NB: The author is a dyed-in-the-wool New England Patriots fan.