Did I say you could sleep with me? 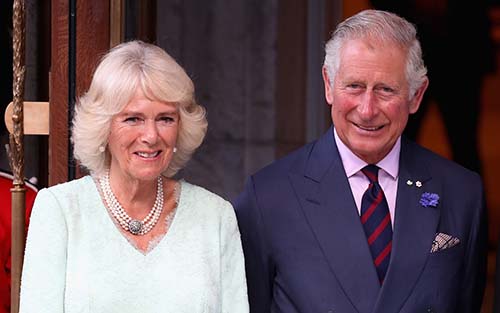 n 2014, an interviewer asked venerable British actor Michael Caine about the secret of his 40 years of marriage to his second wife Shakira. His reply: “You never share a bathroom with your wife.” Bathroom aside, he opened a big door: togetherness can have its limits, and too much of it can actually work against a couple.

Next came the Prince of Wales and his wife Camilla. Posed the same question, her reply shocked a d few: “Separate bedrooms,” which their hardly tiny London home allowed. “His Royal Highness has a room with a double bed, decorated to his own taste,” a friend told the London Telegraph newspaper, “then Camilla has her own room with a double bed, decorated just the way she likes it.” Upscale living at its finest.

All that bounced around in my head when I got this note.

Q: I moved in with my boyfriend last year. When we were dating, I slept at his place and he came over to mine, but we were always in the same bed. Now, he’s put a sleeper sofa in his office (he works in tech) and sometimes says he’d just prefer to spend the night there. Sometimes I understand. Other times I’m offended because, well, we’re a couple, and though we’re not married it seems to me the marital bed concept extends to long-term relationships as well. I want to talk about this but I know he’s a nice guy, and sensitive, and I don’t want to offend him. After all, we do spend plenty of nights in “our” bed. Any suggestions?

A: Bedrooms, couples, and sleep are newish story. After all, men and women once slept together to stay warm, and procreate. They sometimes added kids to the warming mix. They had no choice.

Now we live in a world of endless choices. Yet the martial bed seems somehow exempt from them. Partners that don’t sleep together are often seen as flawed if not on the verge of a breakup. Sometimes that’s true but just as often it’s not.

If you mostly share the same bed, where’s the harm in wanting to be alone from time to time, or just working late to the point you land on the sofa? Yet this still provokes judgment and fights.

Avoid that pitfall. Yes, by all means bring the subject up, since keeping it hidden is a recipe for simmering resentment. But listen to what you hear. Maybe your partner is exhausted, or just on to his next great idea (as you might be), and needs time to thrash it out, alone. Cut some slack. Don’t attach love and affection to the mechanical act of someone getting into bed with you every single night. Appreciate occasional time alone, at night, without turning into a drama.

If he snores, or is a blanket-stealer, consider yourself fortunate from time to time. Caring for people is a lot about body contact. But it’s also a lot about tolerance of the quirks, needs and eccentricities of others.

If you’re having a bad night, and need him nearby, say so. Otherwise get some sleep and don’t obsess. Remember the expression, “I need my space,” and don’t assume it can’t apply to sleeping arrangements.