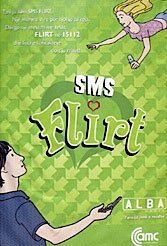 Some Albanians are headed home...
A

ny of you who read this column regularly may remember the saga of my fraught attempts to find someone to come and clean our apartment here in Spoleto, and do a bit of ironing. You may also recall how, much to the scorn of several of my Italian friends, I eventually hired an Albanian girl. Well, after a few initial run-ins, it’s proved quite a success and we’ve all become very fond of her. She is still possibly the nosiest person I’ve ever met in my entire life — she opens our phone bills and remarks on the size of them, regularly tells me that my son spends too much time on his Play Station (true) and generally makes it her business to know every last detail about each member of the family. But as we don’t have any earth-shattering secrets, that is a relatively minor irritation. It’s more than offset by the fact that she has a heart of gold, will bend over backwards to help in an emergency, and is as honest as many of her compatriots are not. Oh yes, and she cleans quite well too, though I hate housework to such a degree that my standards are probably not as exacting as those of most Italian women.

Well, that’s all about to change, because she’s leaving. Not because we have fallen out, nor, as I first thought when she broke the dreadful news, is it because Italian immigration officials are putting her on the boat back to Valona.

No, she has decided to go back home of her own accord because, she says, Italy has been a big disappointment. To some extent, I can see her point. It can’t be much fun being treated like a criminal suspect every time you walk into a shop or open your mouth. Here, as in many provincial towns in Italy, Albanians have an appalling reputation and their children still stick out like sore thumbs at school, in spite of well meaning efforts to integrate them. People in Spoleto have taken to locking their doors when once they left them ajar, all because there are so many Albanesi around, and they are routinely blamed for every act of theft, big or small.

But in the case of our girl, it’s not even this undercurrent of hostility that has made her decide to pack her bags. The real problem, she tells me, is that Italy has become too expensive, especially since the arrival of the euro, and she is not as well off as she had hoped. “When I still lived in Albania, we’d see others who had gone to live in Italy and come back on holiday, and we couldn’t wait to try our luck too,” she said the other day, as she paused in front of a particularly daunting load of ironing. “They had huge heavy gold chains around their wrists and necks and they were driving big flashy cars.”

Some, she is ready to admit, may have been involved in drug dealing or prostitution. But a lot of them simply worked hard and lived simple lives — seven or eight people sharing a tiny apartment — to buy things they could never have dreamt of and send money home to their families. Television beamed over from Italy showing commercials with cats being served their supper on a silver platter did the rest to convince them that the place across the water was El Dorado.

This girl has been here for nearly six years, long enough, she says, to find out that all is not what it seemed. Her husband works night shifts as a baker, so she hardly ever sees him. Their five-year-old son has just started school and is not particularly happy. And after paying the rent and food bills, there is very little left, she complains (though it must be said that her mobile telephone is far newer and flashier than mine). “At the end of the day, we’ll be better off in Albania,” she says. The plan is to open their own bakery and do up a small house that belongs to the family outside one of the big towns. Less work, more money and no snide remarks from the neighbors.

She speaks openly about the reputation of her compatriots and tells me tales of her cousin living in England who deals in “la farina bianca” of which she strongly disapproves. But she confides, with a wicked flick of her duster: “There are certainly a lot of bad Albanians. But it’s the Romanians you’ve got to watch. I wouldn’t trust one of them as far as I could throw them!”