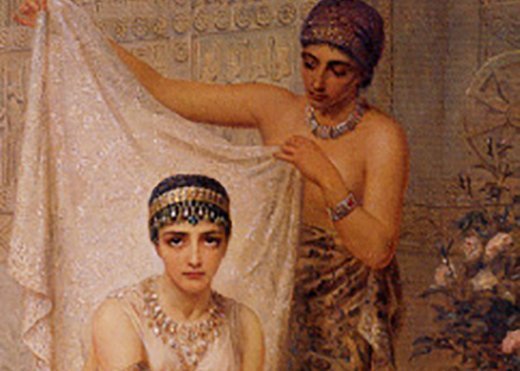 In the Book of Esther, the queen stops a potential genocide.
A

Few Americans – and few American Jews in particular – know much about Jews of non-Ashkenazi (non-European) origin, of which Persian Jews are only one group. In general, America Jews descend from Ashkenazi Jews who immigrated between 1880 and 1920 from Imperial Russia, known historically as “The Pale of Settlement.”

By contrast, most Persian Jews didn’t enter the United States in large numbers until the 1980s, after Western-leaning Shah Mohammad Reza Pahlavi was ousted as part of the 1979 Islamic Revolution. My mother’s family came to Los Angeles during that period. Though my mother married an Ashkenazi Jew, all my holidays were spent with my Persian-Jewish extended family. My fondest childhood memories are Shabbat dinners at my Iranian grandparents’ table with my uncles, aunts, and cousins.

No one at school knew I was actually a Persian Jew. I didn’t even know it, at least not fully. I took my family ways for what they were. I didn’t understand I was part of a different group, one that traced its roots back to the first destruction of the Temple in ancient Israel. Exiled Jews living in the region under King Cyrus’ Babylonian rule had the opportunity to return to Jerusalem to rebuild the Temple. Many did not return, and the population that remained became Iranian Jews.

Most Persian Jews entered the United States in the 1980s, after Shah Mohammad Reza Pahlavi was overthrown as part of the 1979 Islamic Revolution.

Not until my friends told me that my mother had an accent did I realize that she spoke English differently than they did. I then discovered that my classmates did not eat cow’s tongue, as we did, to celebrate Rosh Hashana (the Jewish New Year). The final straw may have come the day I understood that I could not bring leftover dinner for lunch because some kids saw “strange” Persian food and attacked me in the cruel ways that children do. I knew then it was safer to bring tuna fish or peanut butter and jelly sandwiches.

I realized soon that it was safer to pass as Ashkenazi, which I could. I had my father’s lighter skin and his Anglo-sounding last name.

Then came adolescence. Like other Persian girls, I had to deal with taming my unibrow and removing copious amounts of dark body hair. I supposed there were other Mediterranean ethnic groups that faced the same dilemma –Italians came to mind. But Italians were so much more exotic. I dreamed of being a sophisticated, fashionable Italian woman.

There was only one Jewish holiday that had a Persian woman as the main figure– Purim. This holiday commemorates an episode in Jewish history. The story, set in Persia, tells of beautiful and heroic Esther, who became queen and saved her people from harm.

But no one in my youth ever linked Queen Esther to modern Persian-American Jews – or to me. Why is Esther’s ethnicity hidden? Why are we not reminded – to use modern parlance – that she was “a Jew of color”?

Before the Shah’s overthrow in 1979, U.S. relations with then-secular Iran were excellent. He met with President Jimmy Carter less than two years before his downfall.

To be sure, there are Jews of color from every country and continent: Syria, India, China, and Ethiopia, to name a few. We have every shade of skin tone imaginable, a rich history and unique customs. There are also converts to Judaism who bring genetic diversity from all corners of the globe. So why is the dominant discourse, in the U.S. at least, always from the Ashkenazic perspective?

I don’t have an answer.

What I do know is that I take pride in my heritage, even if it means being a minority within a minority. I am a direct link in a matriarchal chain that dates back to Queen Esther. Recently I took one of those popular DNA tests and it confirmed my heritage: half Ashkenazi and half “Western Asian,” which is where Iran is located.

But DNA test contained a small surprise: I am also 0.6 percent Italian. A small number but significant enough to detect and note. I actually have Italian genes. So, Un bicchiere di vino per favore…