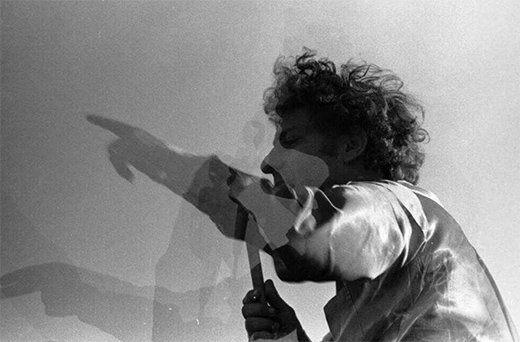 here were no kids my age where I grew up, just a big wood behind us and some elderly people on the street.

I was very excited to go to kindergarten, but I had no experience playing with kids my age and was very shy. I loved the 2×4 wooden blocks I could play with to make what seemed to me big buildings. One day I was on the floor happily playing with some of these when another kid showed up. He had other ideas. He wanted to fill the large class dollhouse with them and started convincing all the other kids to follow his plan. This provoked a frenzy of finding and taking blocks. I protected mine as best I could, but soon felt overwhelmed and began to cry.

This was my first encounter with the tyranny of the majority — and with the mindless following of a leader.

In a 1972 film by Italian director Lina Wertmüller, “Mimì’ metallurgico ferito nell’onore” (titled “The Seduction of Mimi” in English), the protagonist — a factory worker nicknamed Mimi — is seen meeting with a mafioso who tells him to vote for a particular candidate — or else. The camera then zeros in on three moles on the mafioso‘s cheek. Later, when Mimì’s boss fires him, the camera lingers on three moles on the boss’s cheek. After that, a union leader enters the picture: he, too, has three moles.

In what would be a short-term effort to fit into high school social norms, alien as they were to me, I agreed to join a friend at a football pep rally, where students howled team chants around a bonfire. “Bur-ling-ton, we’re the best, we’re bet-ter than all the rest.”

Though gossip had it that Burlington kids were better than our neighbors in Pinehurst and Woburn, I never really believed the stories. (“Did you know, a girl at Woburn never combed her beehive hairdo and got spiders that ate into her brain!”) In fact, I didn’t really understand how we were better than them. It seemed a strange twist of fate that I of all people should end up in the “best” town in a country that styled itself as the “best” in the world. I didn’t chant.

While in college during the late 1960s, I once attended a massive anti-Vietnam War demonstration on Boston Common. I remember the bright blue sky and cool breeze that blew through the masses of people carpeting the park. Radical activist Abbie Hoffman delivered a brilliantly powerful if deeply unsettling speech, the crowd roaring and raising its fists at his every remark. Hoffman: “See that building there?” [Crowd roar]. Hoffman: “That’s the John Hancock building. It’s an INSURANCE company! John Hancock was a REVOLUTIONARY not a goddamn INSURANCE SALESMAN.” [More roaring].

Hoffman: “This is Boston… [roar] … the CRADLE OF LIBERTY[roar] … Let the hand that rocks the cradle be the hand that cradles the rock!”

On the subject of the so-called death of democracy, my son aptly pointed out the obvious: what we’re seeing is democracy. Like it or not, the people whose views we detest were elected.

I recall thinking of the football rally, the lit bonfire, and all the baying about “we’re the best.” I thought of Adolf Hitler and Benito Mussolini holding their own pep rallies, rousing crowds toward mindless violence.

But this is also democrazy (the “z” in place of “c” making all the difference).

The Boston masses were hardly oppressed. These were privileged college students whose connections and deferments would not only keep them out of Vietnam but see them get lucrative jobs and eventually become Yuppies, living a life of egocentric pursuits whose sad legacy we still carry. But the “pigs” – the police – were working-class people doing a dangerous job and paid little. If anything, they were far more oppressed than the demonstrators determined to kill them. Like Mimí metallurgico of Wertmuller’s film, I felt a sense of déjà vu. For him, the moles made for a reminder. For me it was the chants –another bandwagon, ending in a violent riot through the poor part of town.

These days, I hear a lot of people talk often about what they call the death of democracy, pointing st both the United States and Italy. Events in both countries are in fact deeply disturbing.

On this subject, my son one day said the obvious: what we’re seeing is democracy. Like it or not, the people whose views we detest were elected.

When abuse occurs in a family, the person doing the most damage is the one who looks the other way, refusing to intervene. In a family, there must be an opposition, someone willing, able and fearless enough to defend the victim. Society and politics pose a similar challenge.

I know of no better alternative to democracy.

But ask bullied outcasts what they think of majority rule, and they might offer a different answer. They know democracy can become democrazy. When it does, may the gods save us all.