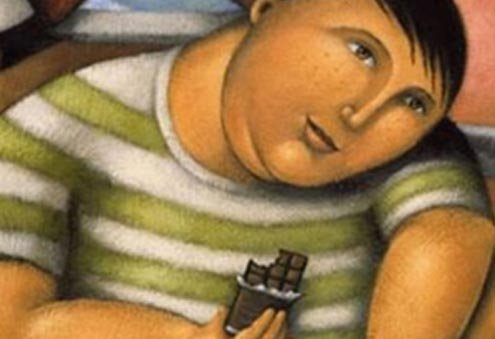 hen I get my hair cut, I usually shed some secrets along with my split ends. After all, when someone’s already wielding scissors near your jugular, letting them in on career concerns or dating dramas hardly seems like much of a risk.

This time, the reverse was true. As soon as I sat down, my stylist told me something about myself I didn’t know: that I’d gotten bitter. Since I hadn’t even opened my mouth yet, I was taken aback.

“Everyone’s been telling me,” he said with a mischievous look, “how that ‘sweet Amanda’ isn’t so sweet anymore. How she’s gotten down on Rome.”

“Huh?” People considered me, or at least my writing voice, “sweet”? And I’d… soured?

I wasn’t aware that my feelings for the city had changed much in the past couple of years. Deepened, yes. Become more nuanced, sure. But bitterness? If anything, I felt I understood Italy’s quirks better than I had when I first arrived. At the start I compared everything to how it was “back home.” An hour-long post office wait could bring me to tears.

My stylist nodded. “Apparently you wrote some really negative blog post. Three different people mentioned it to me separately.”

I wasn’t sure whether to be offended or flattered. (After all, three people had read the post, never mind that each mentioned it during their haircuts). But I was surprised, since I knew the post he was talking about and hadn’t though of it as particularly negative. Sure, it was called “Living La Dolce Vita in Rome (Or, Stomping On Your Daydreams).” Okay. Fine.

But for the most part, I’d thought I’d just been candid. And unoriginal, at least to anyone else who lived here.

Yes, I dismantled a couple of phrases whose glibness had started to grate on me. Fellini’s use of the title la dolce vita was meant as ironic, I’d written, and most Romans were too busy working and raising families to really revel in the dolce far niente. I’d also pointed out things that anyone who’d ever looked at the newspaper here already knew: that Rome’s ruins are falling apart, as is the Italian economy.

I’d emphasized that every country had its problems; and that, even with its problems, Italy remained incredible, a place with heart-stopping art, delicious food and gorgeous scenery. All reasons why I’d moved here, and reasons why I made my career writing about Rome and Italy. Also reasons why, almost four years later, I still hadn’t looked back.

Did that make me bitter? I don’t know. But compared to many of my expatriate peers, perhaps I am.

Many new transplants are born-and-bred Italophiles. (If they weren’t, they would have moved someplace cheaper, not to mention easier to legally reside). They arrive expecting the stuff of dreams (and movies): the liquid-eyed Romeos, the cherry-red Vespas, and the evocative ruins.

All of it exists here, in spades. So the fantasy seems to become reality. And the dreamer falls deeper in love.

Of course, the less-dreamy aspects of Italy also pop up quickly. I don’t just mean the long post office waits and the bureaucratic hassles, but the symptoms of deeper problems. Such as how chain stores have devoured the entire length of Via del Corso, pushing out Rome’s artisans, and how the same corporate hunger has taken huge chunks out of the rest of the historic center, with no signs of slowing down. Or how more supermarkets and fast-food chains are opening up, shutting down local stores and farms and making children fatter, adults sicker, and Italy’s food culture more and more like America’s. Or how Italy’s ruins are crumbling, and antiquities being plundered, and money siphoned out of sights like Pompeii to line local pockets. Or how the government is ineffective, the economy limping, the most promising young Italians trying to leave.

Is it depressing to think about? Maybe. Can it be purged from reflection on Italy? I don’t think so. If you’re observant enough to notice the beauty of the sun setting over the Coliseum, you’re observant enough to see Italy’s warts, as well. But time and time again, I’ve seen the same foreigner who can wax ecstatic about mozzarella di bufala and sandy white beaches become bemused, even angry, when a criticism of the country surfaces in conversation.

(Interestingly, it’s not so with Italians. Instead, locals tend to agree ten times over — to the point where I’ve found myself, again and again, trying to convince them of why even a flawed Italy remains wonderful and worth living in. My defenses rarely matter, because the conversations almost always end on the same note. “You should move back to the States,” they tell me. “You’re crazy to live here.”).

Here’s the thing: I love Italy. But I’ve always felt like you can’t really love a place unless you know its flaws, understand them — even want to help change them. One way, I’ve always hoped, is by talking or writing about these issues. The more awareness there is, the more likely it is they’ll be addressed.

Maybe that makes me bitter.

Or maybe it means I’m the idealist.