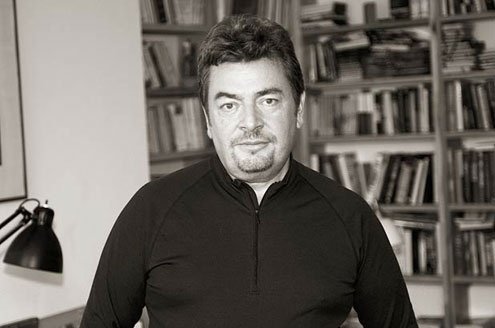 ad it up to here with wingnut tea parties? Too often find your PC screen tweaked by journo “revelations?” We don’t mean quick-relay citizen journalism. “Journo” is a useful flag on sub-journalistic high hype. Too often: exploits into the black magic jungle of sinister schemes. Designed to keep the t-r-u-e info from just-us folks.

Join the crowd struggling to resist lunacy. And pick up prize-winning journalist David Aaronovitch’s finely and analytically researched “Voodoo Histories: The Role of the Conspiracy Theory in Shaping Modern History.” It covers the often too-little-known, but politically landmined disinformation circuit.

Along the way, it scrutinizes cash in hand made by cynical, endless recycling of titillating rumor — as in the case of the death of Princess Diana. WAS SHE PREGNANT?? “No” said the autopsy. But you can’t payroll a fictive, journo factory with simple fact. And so, for decades, we hear:

Did Robert Kennedy pay an assassin to give Marilyn a poisoned enema? Have ruthless Zionists spent centuries organizing a global takeover?

Voodoo’s cover peepholes display snaps of Marilyn M., JFK, and the Twin Towers in flames. Aaronovitch swiftly produces their smoking gun evidence. To reader disappointment he gives same treatment to the JFK/Oswald story. Oswald’s the shooter. Could Aaronovitch have tackled all of Bertrand Russell’s 16 questions on the assassination’s truly epic surround? That’d take another, entire book. Aaronovitch has a global take here, which makes it all the more unsettling

Mainly, he unstitches long-running but still hot-item conspiracy headlines. Unlayering such glossy mag big sell stories, he reminds us that the urge to Voodoo-thinking is long and deeply-embedded in our modern culture. Insidious. Potentially dangerous.

Enter the Protocols. Their long-running “tale” is his book’s kickoff. And it’s much scarier than the RFK enema fable. In a 2003 Gaza visit Aaronovitch met with a leader of Hamas to discuss the Islamic resistance movement, and some perplexing points in its program as outlined in a 20-page “Covenant.” In it, Zionist plans to overthrow world powers and crush the Palestine peoples were “proven” by continued reference to an 1887 document known as the “Protocols of the Elders of Zion.”

Paraphrased in part from a German anti-Semitic novel and first circulated in tsarist Russia at the start of the 20th century, the “Protocols” were submitted as part of the record of a secret meeting that allegedly took place during The First Zionist Congress held in Basle in August 1897. They were said to reveal a global Zionist plan for “destroying all existing powers… and establishing a new world empire… ruled by… a Jewish heir of The House of David.”

And although the “discovery” was easily proved false, new translated editions continued to be published in America (Henry Ford printed 500,000 copes), in England, in the Arabic World.

In the early 1920s reputable newspapers descried the “Protocols” as “malignant lunacy.” Yet, after the mass destructions of World War I, after the Russian Bolshevik Revolution and the rise of socialist movements, well… the old world was crumbling. Surely there must be an explanation. Something like an organized storyline. Much easier to understand — and remedy — than the chaos of historic error.

As in the past, anti-Semitism again bubbled throughout the world’s geography. For what more suspicious prime mover, than an organized, money-hungry, power-grabbing group of race “fanatics?” Zionism was such a simple explanation of the world’s ills. So convenient. Ford invoked it in a World War I speech supporting America’s isolation from “a massacre caused by German-Jewish bankers!”

In 1920 even the young Winston Churchill spoke of “worldwide conspiracy for the overthrow of civilization… by these international and for the most part atheistical Jews.” Atheistical?

Thus the “Protocols” forgery became common knowledge. What did it matter that a lurid press had made them into useful propaganda? Or that Austrian house painter with a moustache would use them to attack “Zionist-led” Bolsheviks, and justify his holocaust crusade.

Remember the little lady in a red jacket — the Sarah Palin doppelganger — who interrupted a Delaware town hall meeting in July 2009 by waving her birth certificate and challenging Barack Obama’s citizenship, shouting “He is not an American!” Demanding the president produce his long-form birth certificate. Omitting that the long-form is issued by some states, and not others — among them Obama’s Hawaii birthplace. She insisted everyone present pledge allegiance to the flag. So easily downed by hysterics and lies, Republican Congressman Mike Castle and the others on the town hall podium stood and complied.

In lunatic days do we need a book like “Voodoo Histories?” Absolutely.

It’s a cool look at the hot plot theories marking our times. Devastatingly researched (with a near-overwhelming bibliography, and ample notes and index), this is a great conspiracy-busting handbook. Exploring their hows, whens, and whys. It offers a haven of sanity. While the Birthers and America-Firsters howl at the door.