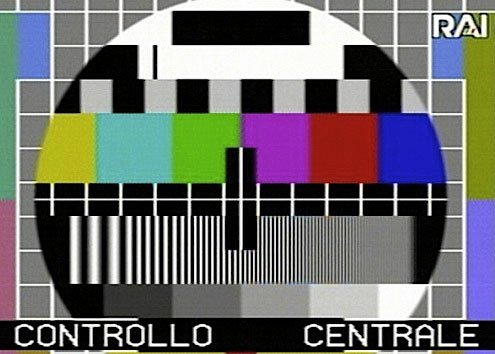 ere is an anecdote: A party does modestly well in national elections. Its chief, satisfied with the results, schedules an appointment with the head of state television. The two men meet amicably.

“So, what can I do for you?” asks the television director.

“You tell me,” says the party leader.

The television chief is flustered. “What do you mean?” he asks.

“Well,” says the party chief, “we earned four percent of the vote and I’d like to know what it means.”

“What I’m entitled to? How many interviews can I expect? What kind of positive coverage can I expect for my position?”

The television chief, now flummoxed, reclines. He’s been a manager for 30 years; this is a first.

The head of a Catholic party calls the television chief. The party is a prestigious one, with negotiating power.

“Listen,” says the party chief, “I called to tell you that I think it would be more appropriate if you broadcast the Walt Disney movie on Wednesday, so that we have more balanced family programming after 9 p.m. That’s the least I can ask you. Can I expect your help?”

The director is mum.

“Oh, and I also wanted to tell you that I disapprove of the people you have in mind to run the major network’s news operation. We don’t think we’re sufficiently represented.”

Talent is the issue, replies the director.

“Maybe, but we are owed someone who represents us.”

“Thanks for letting me know,” says the director.

“Listen, my boss says he doesn’t like that host you have on the Sunday program.”

“He can think that,” says the television director. “But …”

“No,” the handler interrupts. “You don’t understand. My boss need you to get rid of her. She’s absurd.”

The director pauses. “Listen,” he says, “we pick people on merit. That’s how we try to do it. It’s not about pleasing you or me. She’s popular. She brings in viewers. There’s public likes her.”

“So,” he says, “we helped you get to where you are now and this is the answer you want me to take back to my boss?”

“Thanks for calling,” says the director.

The next day, the national association of engineers calls.

“Hello,” says the president of the association.

“Listen, our engineers see all these syndicated shows about doctors and cops and lawyers, and we were thinking: Isn’t it time you made a serial about engineers. I mean, we’re important too. We’re entitled to a something about us, that puts us in a good light.”

This time, the director is speechless.

I’ll look into it, he says.

On Sunday, an independent producer calls.

“I’m glad I got through to you,” says the producer, “because I have a really good idea about a sitcom about Peter the Great. I really think you should pay attention to this idea. Your friend Alain gave me your number and … “

The director interrupts. “It’s Sunday,” he says. “Not today.”

But it doesn’t stop.

Another politician calls. This one is watching a live talk show and is unhappy that an ex-prime minister has been accused of ballot rigging. “It’s scandalous,” says the politician.

“Listen,” replies the director, “it is a news program, an interview. I don’t control it.”

“Outrageous,” says the politician, “and to think I voted for you to become the chief of television. What about my voice?”

“Sometimes,” the director confides, “I feel like a cross between and ATM machine and a customer service booth. My mobile phone feels like a toll-free extension politicians call for take-out…” Other times, he says, “I feel intellectually inadequate because I can’t hang up on the callers and I don’t know how to tell them: ‘Listen, the whole point of communication and state television is independence, and the whole point of my role is to guarantee independence as well as the commercial success of the networks.’”

But they don’t get it. Not at all.

Worse still, some are in good faith.

“Independence,” says the director, “is the right to lobby for what you believe you deserve. And public institutions, now more than ever, exist to favor this sense of entitlement. It’s deep. It’s a culture and a method.”

The director sighs. “Sometimes,” he says, “I just get fed up.”