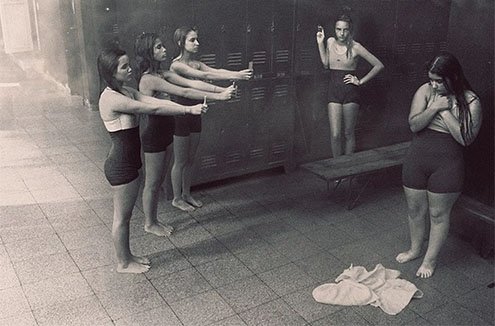 UNICEF Chile's "One Shot" campaign against cyberbullying has won a number of awards. Its motto: "Don't kill anybody's self-esteem."
O

n the night between January 4th and 5th, 2013, Carolina Picchio, a 14-year-old Italian girl from Novara, committed suicide by jumping out of her bedroom window. Carolina was known as a lively teenager with a loving family, but in the last month her life had become unbearable.

Weeks earlier, while at a party, Carolina drank and felt sick. While in the restroom vomiting, she was sexually assaulted by a group of six teenagers and an 18-year-old adult, all of them present at the party. The act was filmed, uploaded to Facebook, and soon shared relentlessly. In no time, Carolina’s life was transformed into a nightmare. Within a few hours of the posting, she’d received more than 2,000 abusive messages, a situation that only worsened in the coming weeks. Tormented, insulted and humiliated by her classmates and unknown Facebook users, she finally ended her life.

The case was widely reported after Novara prosecutor Francesco Saluzzo said he was considering filling a criminal complaint against Facebook, since both Carolina and some of her friends and relatives had repeatedly reported the video and the abusive messages and asked for their removal — to no avail. Carolina’s assailants are now on trial in Turin, where they face charges that include sexual violence, stalking, instigation to suicide, and distribution of pedo-pornographic material.

Carolina’s tragedy is strikingly similar to the case of Rehtaeh Parsons, a 17-year-old Canadian girl who attempted suicide in April 2013 and was taken off life support as a result of her injuries. Two years before, Rehtaeh, like Carolina, had attended a party where she drank and later felt sick. Also like Carolina, Rehtaeh was sexually assaulted while vomiting in the restroom, with the assault filmed. Within days, the images had spread through her school, local town and social media. She also began receiving abusive messages on Facebook.

After a lengthy police investigation concluded there was insufficient evidence to press criminal charges against the alleged assailants, also under-aged, Rehtaeh hanged herself at her home in Dartmouth, Nova Scotia.

Unfortunately, these are not sporadic cases. Teenage suicide rates triggered by cyberbullying are alarmingly high. According to 2014 statistics compiled by the website NoBullying.com, 25 percent of teenagers report that they have experienced bullying at some point via their cell phones or on the internet, with another 11 percent saying they have been victimized by embarrassing or damaging pictures taken without their knowledge or consent. The research suggested that 55 percent of all teens on social media had witnessed outright bullying carried out online or via phones. Worse, 95 percent of those who had seen social media bullying, including those who replied to the survey, had not reported the abuse.

Although bullying has been an ever-present problem in student life, technology and the web have pushed the concept into uncharted waters. Bullies have now moved from the playground to social media, producing devastating effects on often-fragile teenaged psyches. The spread of embarrassing media content, in some cases tied to criminal behavior, such as sexual assault, is among the most serious threats face by teenagers. Other forms of abuse include derision, abusive language and the dissemination of private information in online posts that are often viewed and shared hundreds of times within minutes.

The role of society is not only to find ways of punishing such acts, but creating ways of preventing them. In a touching but rational interview with the Milan daily Corriere de la Sera, Paolo Picchio, Carolina’s father, brilliantly summarized this need.

“I won’t shout, nor will I demand exemplary punishment,” he was quoted as saying. “What I demand is that, at least, these kids understand the real seriousness of such behavior. I want them to explain to other kids the risks, and the monsters that the Internet can generate.”

Substantial responses are required both from institutions and from civil society as a whole. Awareness campaigns and hotlines to report cyberbullying episodes are now a necessity. Last year, UNICEF Chile promoted a photo campaign against cyberbullying entitled One Shot is Enough. The much-acclaimed Chilean approach was stark, fierce, urgent and visually arresting, all of which are necessary to protect teenagers in such a challenging phase of their lives.