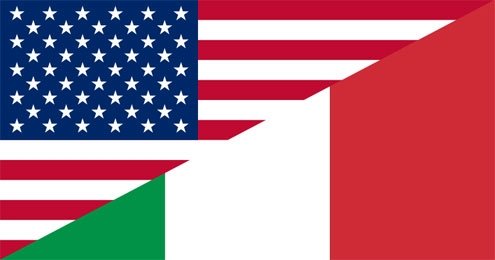 The cliché that saw the U.S. as pioneer of all new innovation, with Italy lagging, is in fact only skin deep.
W

hen I moved to Italy in the late 1980s, the differences between my new home and America were many and often distinct. In general, “Italian” meant slow, entrenched, anti-competitive and protectionist while “American” meant fast, flexible and vigorous. America was the home of a culture built from innovation and competition.

But things have changed. These days, Italy is often more American than America.

Starting with credit cards. While many American cards still depend on 20-year old magnetic strip technology, Italians turned to the smarter, safer and more efficient chip method years ago. This can annoy visiting American tourists who wonder why their strip cards won’t work. It’s a reversal of the U.S.-Italy cliché, with Italy ahead of the game.

In Milan, I haven’t used a checkbook or paper check for years. I pay utility bills, taxes, handymen, and make charitable contributions using on-line wire transfers. Like chips, the method is fast and secure, and all but eliminates the need for the paper checks that still make American rounds.

Italy was a bastion of cell phone use well before they became an essential tool in America (For purely Italian reasons: poor land-line service and the vital “Mamma, I’m on the way home, toss in the pasta!” call). Local telecoms companies priced text messages well below actual calls and got Italian youth hooked faster than American kids could say “duh.” Italian pay-as-you go “ricaricabili” (rechargeable) SIM cards and unlocked phones are miles ahead of American counterpart plans that bundle devices with rates.

Enemies of President Barack Obama’s Affordable Health Care Act as well as those who insist America’s private health care system exalts the capitalist values of competition could also learn from Italy. Sure, Italy can sometimes illustrate the dark side of comprehensive state care, but supplementary private insurance is easier to purchase and more affordable with many Europe-wide companies offering competitive pricing and service. In America’s so-called “competitive” health market, insurance companies can’t sell across state lines, (protectionism anyone?) and their pricing structure is hardly transparent. In recent years, Italy has seen the nationwide opening of private multi-specialty clinics that openly compete with Italy’s state health system, offering faster and friendlier service at equally low prices. The American Medical Association, on the other hand, still opposes most retail healthcare clinics and frowns when health-care providers publish prices.

Since the 1980s, when fears about Japanese dominance convinced U.S. policymakers that national educational standards were necessary to keep the country on top, Americans have fought over nationwide standards and a core curriculum. Soon after Italian unification in the 1860s, officials insisted on such standards to quell separatist tendencies and stir economic growth. Italy settled on the Tuscan dialect as the standard version of Italian to get past dozens of competing local dialects. Leaders reasoned, rightly, that a single language would unite disparate and often hostile regions into a modern state.

Fragmented America appears headed in the opposite direction. Resistance to a national curriculum now includes evangelists and teachers’ unions. The good intentions of bilingualism divide instead of unify. Add gated communities, urban sprawl, the decline of public schools and the rise of private schools that cater to economic or religious groups, and America can have the paradoxical feel of a nation obsessed with diversity but more segregated than ever. In Italy, public transportation, higher population densities and strong public schools keep classes in fairly close contact, despite the country’s relatively high-income inequality and low social mobility. Italy’s one percent, wary of a past that included violent class strife, is less eager than America’s to show off.

As for childrearing, Italian kids generally get tougher a lot faster than those reared by American helicopter mothers. Their mamme may make them wear wool undershirts, but Italian kids walk to school and play in the park. Sixth-graders take public transport and high school students go on international vacations taking trains and sleeping in hostels or campgrounds. Italian teachers don’t think twice about calling students “stupid” or “lazy.” They make them memorize multiplication tables and hold competitions that have actual winners. Grades for the high-school examination (the maturità) and university exams are published on public bulletin boards, which can humiliate those with low scores.

When I arrived in Italy, there was one airline — Alitalia. Formerly Italy’s flagship, it is now up for sale and competes with Easyjet, Ryanair and Emirates. Italy’s three state-owned television channels and one state-owned telephone company now battle for market shares with numerous private rivals, many from outside Italy. America’s dozens of airlines are now consolidated, as are its telecommunications providers, which provide standards of service in keeping with bad Italian stereotypes.

For some Americans, Obama has made America into a European-style socialist country. The supreme irony is that Italy can sometimes resemble the America they claim they want to live in.